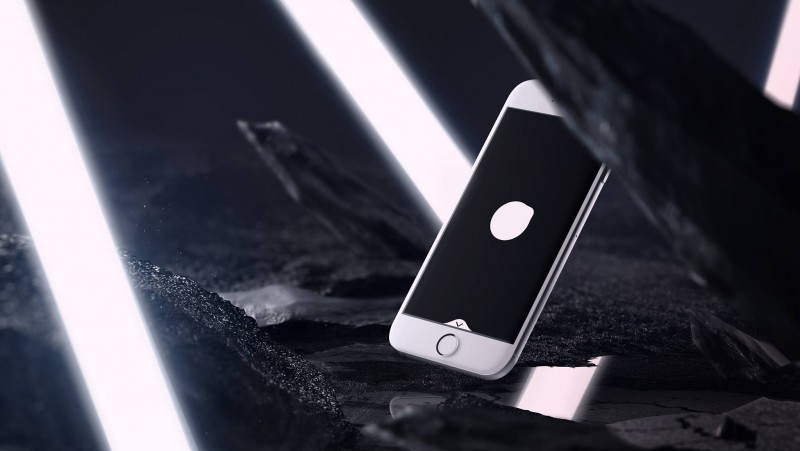 Asad Jamal Malik, a 19-year-old Pakistani, and Lars Laichter from Czech Republic have created an iOS app that will allow users to share interesting thoughts, ideas and stories in one-minute audio recordings. Moderators on the app will then select the most thought-provoking audios daily and create a curated stream of thoughts for users.

Called Noema, it's set to launch on Friday, 25 September 2015. The idea for the app began when Asad, who is from Khewra, Punjab, Pakistan, received a two-year scholarship from United World Colleges to study in the Netherlands. There, Asad was one of the founding members of the school's Social Entrepreneurship Incubator. Laichter was his roommate.

Together, they came up with the concept for Noema, but lacked the necessary skills. Once back in Pakistan, Asad rented a small apartment in Lahore and began to teach himself how to build the app, working day and night on it.

Now, Asad has been awarded a full scholarship at Bennington College in Vermont, US, in recognition of his entrepreneurial ability. 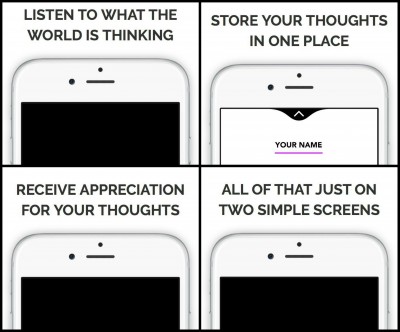 Global Voices (GV): You have been working hard for a whole year toward the launch of Noema. How do you feel now that is finally happening?

Asad Jamal Malik (AJM): Well, in all honesty, it’s a mixture of a lot of feelings. We’ve been working on Noema for over a year now. This is the most I’ve worked on a single project ever. Lars and I didn’t have the complete skillset to pull off our idea when we started. A lot of this year has been spent learning the skills and tools necessary to create the product. For almost six months I had locked myself in a tiny rented apartment in Lahore so I could learn the Objective C programming language in complete isolation. There’ve been concepts, iterations, experiments and multiple midnight epiphanies when pumping with emotion we scraped all our work to start again. By now we’ve been able to finally give life to our vision in some form. It feels like a real accomplishment of a personal goal to be able to see Noema approved on the AppStore. I’ve learnt a tremendous amount on the way and it will contribute to who I am forever.

GV: You have lived part of your young adult life on an international stage, representing Pakistan. What did you take away from that experience?

AJM: I was awarded a scholarship for the United World Colleges in 2012 when I was 16. UWC is a group of 15 high schools across the globe that bring people from hundreds of different countries together to educate them for a more peaceful future. I was selected for the school in Maastricht, the Netherlands as the representative of Pakistan. Spending two magical years in a beautiful place with some of the brightest minds from over 90 different nationalities was a life-changing experience which I will always owe a lot to. It was, in no way, perfect but what you learn from an environment so culturally diverse is that regardless of our different backgrounds, human beings have fundamental similarities.

This place provided me with some once-in-a-lifetime opportunities like giving a talk in an event where the King of the Netherlands was the chief guest. This is also where I met my co-founder Lars Laichter. Living and working with him for so long has been an unparalleled experience which wouldn’t otherwise be possible. For me the walls of nationalism only fell down over the years and I do not consider myself a representative of Pakistan anymore. My horizons have only expanded and mostly when I talk about “us” I’m referring to the human race.

GV: You put formal education on hold to develop skills to build Noema. Now that you have returned to the classroom, how do you feel about the experience?

AJM: The reason I walked out of formal education for a year was because I felt I could learn a lot more that way. Matriculation in Pakistan was not the most pleasant of experiences. Rote learning and memorization of facts was the standard. Even though I was very lucky to go to a school where teachers cared and questions were encouraged, I really wanted more. I found my way to the Netherlands looking for just that but was only disappointed to find that even arguably the best high school system in the world (International Baccalaureate) was not dynamic enough. All my life I learnt more outside the classroom than in it. I do not have a single doubt in my mind that this past year out of the education system was the most valuable learning experience of my life so far. In terms of real life experience, travel, reputation, skillset, mental state, I had never been better.

Now I’m jumping right in again. I’ve received a scholarship from a prestigious institute, Bennington College (ranked 4th most entrepreneurial American college by Forbes) and have recently started term with a good amount of excitement. The college is known for taking a very different approach to education as students are given the liberty to design their own courses. I plan on making good use of all the resources this place has to offer and only time will tell if my opinions about going to college change.

GV: What should the world expect from Noema?

AJM: With Noema we’re trying to create a community interested in using a more intimate way to communicate intellectually valuable content online. We want to provide an easily accessible platform for people to share interesting ideas. At the same time we imagine that it would give people an effortless and entertaining way to enhance their knowledge.

At the core of Noema sits the power of human voice. We believe that voice and oral language are some of the richest mediums of expression known to humans. Historically they’ve been underutilised in online spaces because of data limitations. The world is changing now and Internet speeds increasingly allow for easier audio streaming. We want more people to get comfortable with their voice because communicating ideas, thoughts and stories through your own voice is a very impactful experience. Listening to someone from another part of the world talk about her experiences and most valued thoughts is incredibly awe-inducing.

The big idea, however, is that as the next billion people move to the Internet, voice would play a crucial role. A lot of these people come from an illiterate background where reading and writing is not common. They come from cultures where writing is not well established but very rich oral tradition exists. We would hope that Noema will allow them to share the knowledge that’s been passing on orally from one generation to another to all of us.

GV: What are your expectations for the app?

AJM: The future is always incredibly exciting. I’m in a completely new place right now and am currently exploring options for the direction I want things to take. We have some very interesting ideas for the future of Noema once the wheels are in spin. Technology and the exponential growth of it has become a major interest of mine. I’m currently looking into Cyborg Anthropology, the study of the interaction of humans and technology, and already studying things like the philosophy of privacy in university. The future for our kind is exciting and the possibilities are endless. I can’t wait to play my role in shaping the direction things take. You can also expect a lot more products from me which aim at nothing less than altering the human condition. But for now we’re very excited to launch our little paper boat called Noema onto the turbulent waters.

GV: Do you have any plans to release versions of the app for different mobile phone opearting systems, such as Android, Blackberry, Windows, etc.?

AJM: We are among a huge number of apps which carry on the tradition of launching on iOS first. There are multiple technical and non technical reasons. Android is too fragmented and open for a first time launch. Getting approved on the Apple Appstore adds credibility to the app because its a tough process. Virtually anything can be uploaded on the Google Play Store. Having said that, we will most certainly start working on an Android App once the iOS app takes off and finds its place on the market. we do not have plans for Blackberry and Windows.

GV: How do you plan to deal with multiple languages on the Noema app? Or is it designed to be only English-speaking?

AJM: Noema, at the start will cater to the English-speaking , since it's the easiest place to start for us. However, we will launch language specific functionality as soon as there is enough content and traction. This would mean that the user will tell Noema all the language he/she speaks and the experience will be customised according to that. We would also want to experiment with translations for thoughts we find deeply engaging.