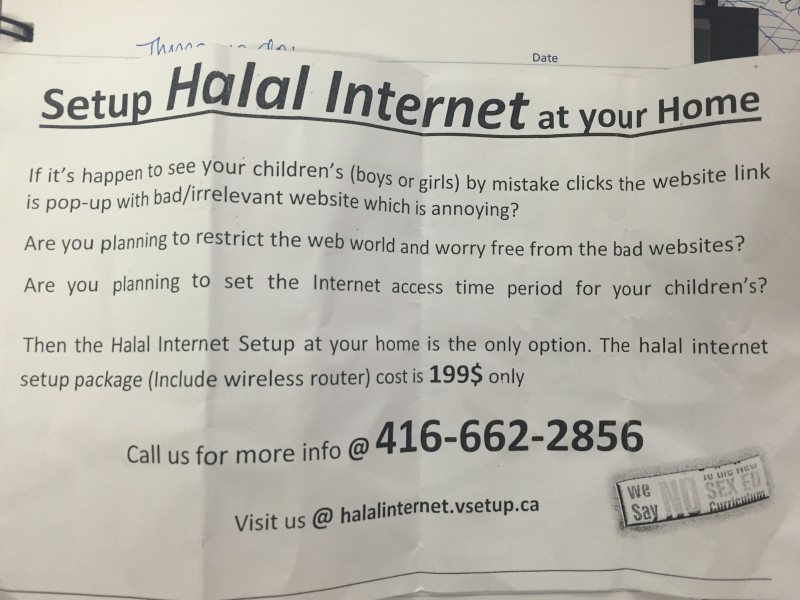 ‘Halal’ Internet became the informal name by Iranian officials for Iran's National Intranet Network project, an effort to create a national Internet infrastructure separate from the World Wide Web back in 2012.

However, in Toronto, there now seems to be a ‘Internet setup’ censoring Internet connections by the same name.

Beyond it's associations with Iran's intranet project, and the unclear and grammatically incorrect description in the flyer, the software does not seem to have an accessible website, or platform for distribution. Additionally there seems to be no explanation for what the technology is or what it does.

The advertisements are associated with various groups of parents protesting the Liberal government of Ontario's sexual education curriculum. The groups consist of members of the Conservative party, various coalitions affiliated with anti-abortion movements, alongside conservative or strong-faith based immigrants.