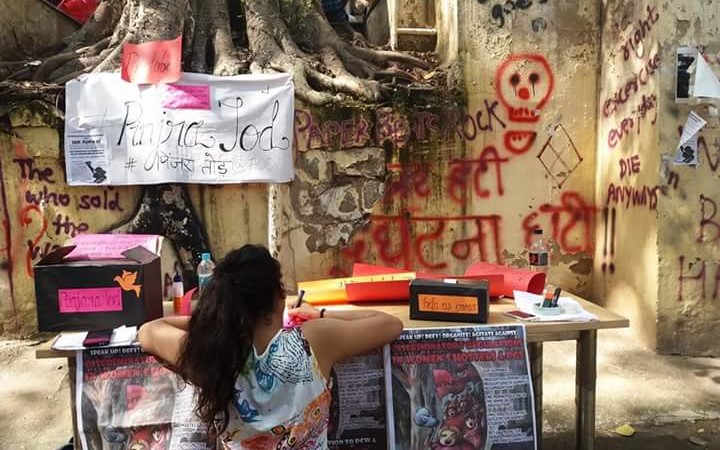 On September 9, 2015, the campus of Jamia Milia Islamia University and nearby student hostels were plastered with hundreds of posters carrying the words “Pinjra Tod”; the literal translation of these two words is to “break the cage”. The campaign attempts to highlight the sexism of academic institutions where university accommodation rules are different for female students.

For instance, last June the Jamia Milia Islamia University in Delhi hostel for girls issued an 8 p.m. curfew. For anything later, they are required to submit written permission from their local guardians. If a student does not abide by these rules, their right to university accommodation privileges can be revoked.

Subsequently, the Delhi Commission for Women issued a notice challenging such moral policing imposed only on women hostels. University hostels in their defence have argued that these rules are in place with the women's safety concerns in mind. The Jamia Millia Islamia, for its part, has stated that it will review its policies to uphold gender equity.

‘Clear violation of my Right to Equality’

The #PinjraTod campaign has resonated among many residents of university hostels for women all over India as seen in images uploaded in the Facebook page “Pinjra Tod: Break The Hostel Locks“. Students have protested, saying these rules are a direct violation of democratic rights. 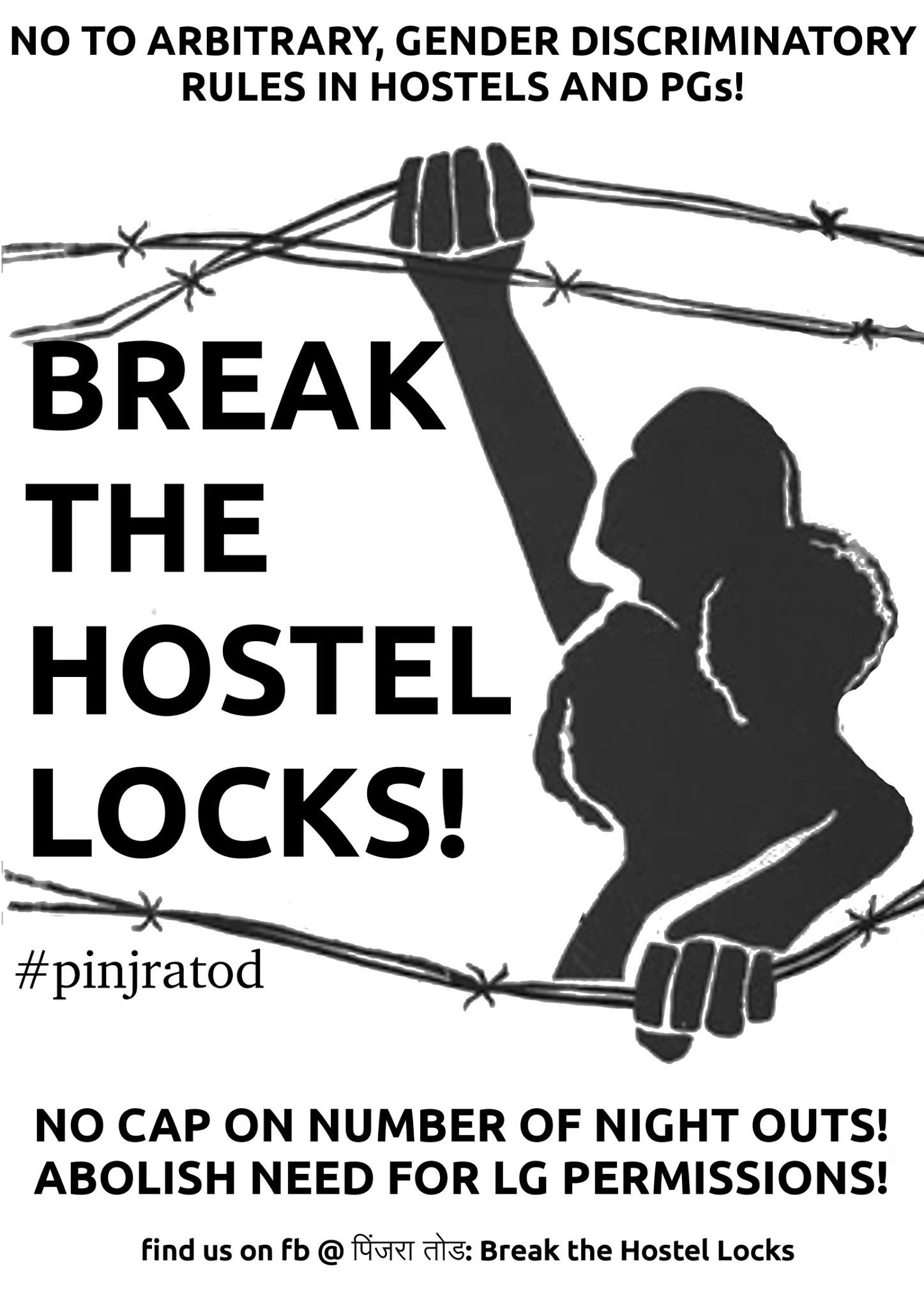 An anonymous student at Youth Ki Awaaz wrote an open letter to the vice chancellor of the Jamia Millia Islamia:

This difference in the hostel rules is a clear violation of my Right to Equality, bestowed to me in Article 15 of the Constitution, which prohibits the state from discriminating any citizen on the grounds of religion, race, caste, sex or place of birth. Making it mandatory for adult women to enter the hostel premises by 8.00 pm and making them get signed permission from their local guardians or parents 24 hours in advance, every time they decide to come late or take a leave, is a blatant violation of my Right to Freedom, which protects my life and personal liberty in Article 21 of the Constitution.

Earlier this September, Dr Shashi Tharoor, a member of Parliament and a former minister of state, criticised the strict rules in The College of Engineering, Trivandrum in a tweet:

In a rather extreme case, Sri Sairam Engineering College allegedly circulated a set of 14 rules especially designed for female students. Some of these rules include dress codes, such as no leggings, tight pants or tops, no very high heels, no hair colouring and no big designer watches, and restrictions on socialising, such as no celebrations on campus, no bringing sweets in large quantities to share and no Facebook or WhatsApp accounts.

This isn't the first time that students have spoken up against the rules. In 2010, students protested after a non-teaching staff member assaulted two students. The college has reportedly been slammed for having such “jail” like regulations. Although the head of Sri Sairam Engineering College denied issuing the circular, past graduates of the college have, however, affirmed the existence of such rules. Surprisingly, many engineering colleges in Tamil Nadu have such discriminatory “disciplinary” rules to appease parents.

Writing on Youth Ki Awaaz, Shambhavi Saxena argued what needs to be come out of the Pinjra Tod campaign:

The Pinjra Tod movement, comprised of women from colleges in Delhi University, Jamia Milia Islamia, Ambedkar Univeristy, National Law University and Jawaharlal Nehru University, grew out of a simple Facebook page, where female hostel and PG residents began sharing their bitter experiences with guards, wardens, principles, landlords and the like. What is clear from all these stories is the need for an all-out rejection of these restrictive rules and the patriarchal protectionism they are built on.

Pinjra Tod’s Change.org petition, which best explains the campaign’s mission, is gaining momentum. However, things have taken an ugly turn as two members of the campaign from Delhi University were threatened by right-wing Hindu activists on September 22, 2015. A group of about 40 students gathered at the Maurice Nagar Police Station for filing the written complaint (FIR).