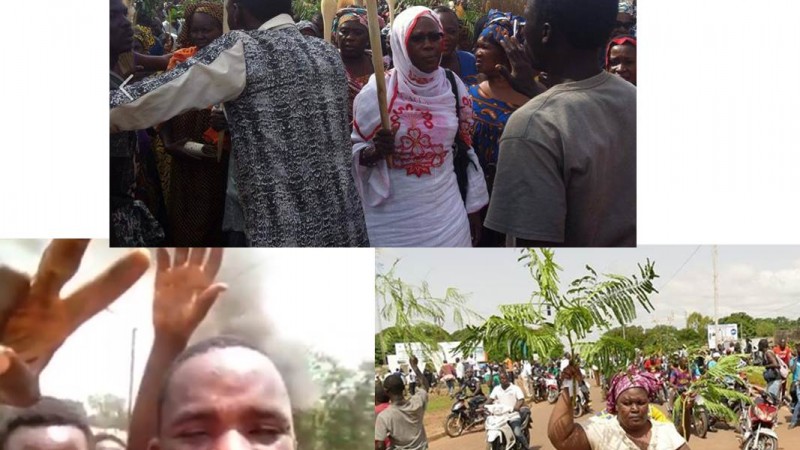 A military coup at the hands of Burkina Faso's presidential security guard has pulled the country into a deep political crisis. On September 16, 2015, ex-President Blaise Compaoré’s Regiment of Presidential Security (RSP) [1] held President Michel Kafando, his Prime Minister Isaac Zida, and the rest of the government in detention, before shutting down the political transitional institutions.

Kafando [2] and his ministers were set free on September 18 and talks about reinstating Kafando are ongoing [3]. In the course of these events, the coup plotters named General Gilbert Diendéré, longtime aid to Compaoré, new leader of the country.

Clashes also erupted in the capital Ouagadougou, resulting in at least three dead and 60 injured [4].

This coup’s intended objectives are clear if one looks at the background, the perpetrators and their relationship to those who were formerly ruling the country. The latter don’t seem to have given up their eagerness to regain power, notwithstanding the Burkinabé people’s expressed refusal [5] in 2014 of a further unconstitutional extension of Blaise Compaoré’s regime after 27 years in office.

This movement, known as the Balai Citoyen (the citizen's broom), is once again leading this resistance against the coup leaders. Whatever the outcome of this coup, in the short or the long run, it certainly constitutes an attempt to infringe on the will to establish a long-lasting democracy in the country.

The following three questions shed some light on the coup and will be important to keep in mind as the situation unfolds.

Who are the RSP coup leaders?

The Regiment of Presidential Security RSP is a branch of Burkina Faso's military [6] in charge of protecting Burkina Faso’s president, the country's republican institutions and any person designated by the president of Burkina Faso. The RSP was created by Blaise Compaoré as a way to assert authority after the assassination of Thomas Sankara, Compaoré's predecessor. The RSP is known for its substantial weaponry and is autonomous and separate from any other armed force, since it exclusively operates under the president’s command.

Thomas Sankara [7] was the charismatic leader of Burkina Faso from 1983 to 1987. He was known and well-liked for his anti-colonialist and pan-Africanist policies. He was overthrown in a coup led by Blaise Compaoré [8] on October 15, 1987, and assassinated shortly after (although it remains unclear whether Compoaré was directly involved in the killing).

A principal figure in the RSP and de facto interim head of state, Gilbert Diendéré, was also actively involved in the coup [10] that deposed Sankara.

The guard had made their displeasure for the new government known before the coup. In June 2015, the RSP demanded that the prime minister step down before giving up on that tactic. On September 14, one of the transitional institutions known as the Commission for National Reconciliation and Reforms (CRNR) in turn urged that the RSP be dissolved [1].

The coup leaders have imposed a night curfew as well as shut down land and air borders.

What does this have to do with the upcoming elections?

The presidential and legislative elections were supposed to take place in Burkina Faso on October 11. In an interview with Jeune Afrique [11], Gilbert Diendéré made a case for the coup as follows:

We decided to take action to prevent the disruption of Burkina Faso due to the insecurity looming during pre-elections.

However, this excuse does not seem to hold water and is simply a way for the RSP to take advantage of this unrest in order to reestablish the preceding regime by force. As a matter of fact, previous adherents to Compaoré were kept away from the upcoming elections.

Furthermore, the autopsy results [12] expected to shed light on Sankara’s assassination were supposed to be published on September 17, the day of the coup. The autopsy took 30 years to (almost) come to fruition because the authorities had never allowed an independent committee access to the body. The autopsy results are still held secret as of today.

It’s like witnessing a second “death” of Sankara, probably perpetrated by the same actors (Compoaré and his RSP guards). It seems that in the light of these events, Compoaré and the RSP will again be held responsible by the Burkinabé people.

Will the citizen resistance make a difference? 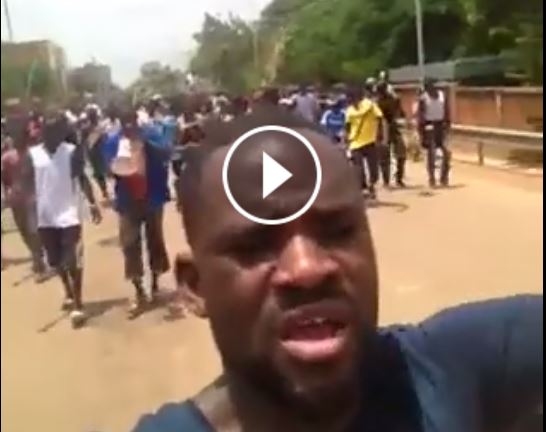 The Balai Citoyen movement [14](Citizen's Broom movement), initiated by Burkina Faso’s youth, was an important element in the October 30, 2014, popular upheaval which toppled Compaoré. On that day, tens of thousands of demonstrators took to the streets of capital city Ouagadougou and other big villages, headed for the authorities’ headquarters.

On announcing the coup on September 16, spontaneous opposition demonstrations took place in the streets of the capital. A radio station, Radio de la Résistance Citoyenne [15] (Citizen's Resistance Radio), was set up to call on activists to take action against the RSP’ attempt to take power.

The hashtag #lwili [16] (lwili means “little bird” in Mooré, the most widely spoken language of Burkina Faso). was created to share the latest news updates on the crisis as well as promote various citizen's initiatives. Here are some images and reactions:

Where is the country's regular army? Where is the police? What use are they if they can't stop the terrorists #lwili