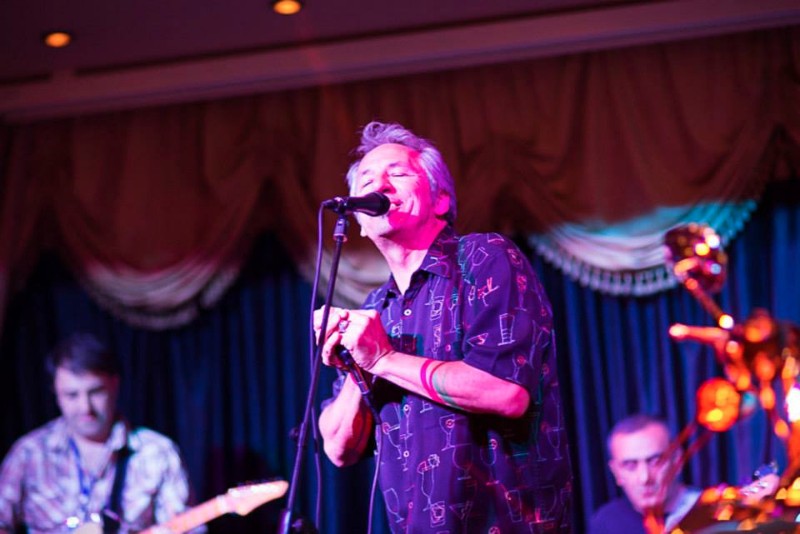 The following is a partner post from EurasiaNet.org written by Paul Rimple. Republished with permission.

I’m playing the harmonica solo to blues-great Jimmy Roger’s “Walking By Myself” on a makeshift little platform at a hotel in the grimy Georgian beach town of Ureki. In the audience are 25 representatives of the local government, sitting around a long table, feasting on traditional fare of mtsvadi (roasted, skewered pork),khachapuri (cheese pie) and herbed tomato-cucumber salads. They listen impassively to our band’s performance.

It’s not easy finding an appreciative audience for the blues in Georgia. Restaurants tend to favor a polyphonic repertoire or a singer-keyboard duo playing old, Soviet-era pop hits. Most bar patrons expect a live band to belt out standard favorites like “Pretty Woman,” Pink Floyd’s “Another Brick in the Wall” and Eric Clapton’s “Tears in Heaven.”

We don’t play those songs, and we don’t masquerade with Raybans, black hats and skinny black ties. We have played a few restaurants, but khinkali (meat dumpling) eaters make bad listeners and blues is an interactive form of music.

In Ureki, the guests, a polite, middle-aged bunch from Russia, Armenia and the capital, Tbilisi, are sitting and watching us as if we were a TV set. At least the children, the most honest audience in the world, are dancing.

Our drummer, David Manizhashvili, has been trying for years to get me to perform with our band, The Natural Born Lovers, in Ureki, a down-at-the-heels hamlet located between Georgia’s Black Sea ports of Poti and Batumi. But I’ve shared a small room and bath with my four snoring bandmates at a resort before. I also have a day job and am picky about gigs.

My Georgian band members, however, don’t have that luxury. With the exception of our guitarist, Tamaz Tkhinvaleli, who owns a little neighborhood bakery, they somehow make a living playing music for 30 or 40 laris (roughly $13-$17) a night. 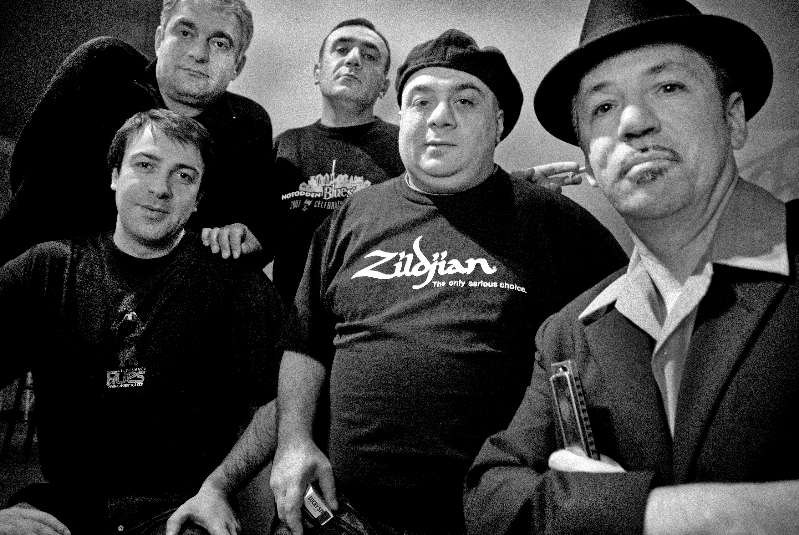 The Natural Born Lovers have shared the stage with clowns, dancing girls, amateur models sporting maladroit designs and vacuous masters of ceremony, but find dumpling eaters a difficult crowd to get going. Photo used with permission.

But even with two female singers, Nino Glonti and Bako Alania, who can deliver popular songs more suited to a local audience, work has been scarce these past months.

Hence, Ureki it is. But at least I got my own room this time.

The last time I was in this town was in April 2012. I had come to report a story about how local officials in the Guria region were pressuring opposition members to vote against the Georgian Dream coalition in the upcoming parliamentary elections. Yesterday’s opposition members became today’s government after that vote, but that’s about all that appears to have changed in Ureki.

Guria remains one of the poorest regions in Georgia, with 54.8 percent of its estimated 113, 221 residents living below the poverty line, according to World Bank statistics. Ironically, two of Georgia’s wealthiest people, multi-billionaire former Prime Minister Bidzina Ivanishvili and the late billionaire Badri Patarkatsiashvili built beachside compounds in Ureki, Guria’s little slice of the Black Sea.

Developing Ureki would be vital to Guria’s economic fortunes, yet the place looks much like it did in the early 2000s when I first visited. The town’s main drag is a muddy lane full of potholes while trash blights the black-sand beaches for which Ureki is renowned.

“There’s no infrastructure here. If there was, people would invest,” said Khatuna Lagazidze, the English-speaking co-owner of Kolkhidze Sanatorium, our band’s host and employer. 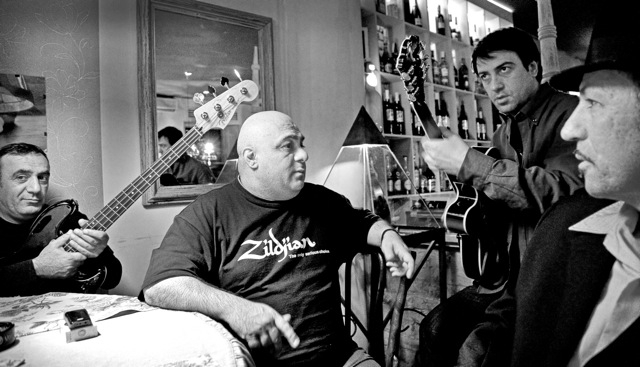 The band in discussion. Photo used with permission.

The beachside sanatorium opened in the 1970s and was popular with Soviet citizens who believed Ureki’s unusual sand was good for rheumatoid arthritis, paralysis, high blood pressure and various ailments. But the fall of communism and Georgia’s subsequent plunge into social and economic chaos was a death knell for health and holiday resorts across the country, Kolkhida included.

Lagazidze and her husband Amiran, both from Tbilisi, bought the hotel in the mid-1990s and restored it, including a clean private beach. Yet the vestiges of Georgia’s communist past are evident in practically every family resort in the country, which typically offer an all-inclusive package with three cafeteria meals a day. Entertainment is often part of the bundle, too — in the full sense of the word.

Our band has shared the stage with clowns, dancing girls, amateur models sporting maladroit designs and vacuous masters of ceremony. It can make for a surreal pageant that Federico Fellini would envy.

At a New Year’s holiday gig in Bakuriani, a popular spot for winter getaways in Georgia’s Lower Caucasus, one drunk man, angry I didn’t play Tracy Chapman, snatched my mike and began to shout a James Brown imitation of “I Feel Good.” That was the year our employers put us up in a disused old hotel with no heating, towels or toiletries. I vowed never to play Bakuriani again.

Kolkhida is not so gauche. It wants to offer something the entire family can appreciate. In addition to our band, they had a jumpy young MC who hosted karaoke and a “master magician,” Zurab Vadachkoria, who performed a little set that included the cell-phone-in-a-plastic-bottle trick.

If the audience is indifferent, we play harder. As we kick into a Slim Harpo number, the rhythm section slides deep in the pocket before Tamaz, our guitarist, shreds the solo to ribbons.

Sometimes it pays off. Kolkhida wants us back again next summer and has asked me to bring my family along, too.