Dying for a Drink? This New Web Series About São Paulo's Drought Might Be for You

Volume Vivo (“Live Volume”), an independent Brazilian Web series about São Paulo's water crisis, is an exploration of the hidden structure of one of the world's largest and most chaotic cities.

The Web series covers multiple aspects of the water crisis that hit São Paulo more than a year ago and still shows no signs of ending. From the politics behind São Paulo's water management to the illusion of water as a limitless resource, the show presents a whole picture of the city's dire predicament. It features a wealth of data, as well as interviews with experts, citizens, and farmers affected by the catastrophe.

The show's title is a play on the expression “dead volume,” which most of São Paulo's residents learned in the past year. The so-called “dead” reserves are found in the body of water that lies at the bottom of a lake. This water is typically not altogether safe to drink. Sabesp, the utility company that manages São Paulo's water supply, has been collecting water from those reserves since the reservoirs started to dry up. 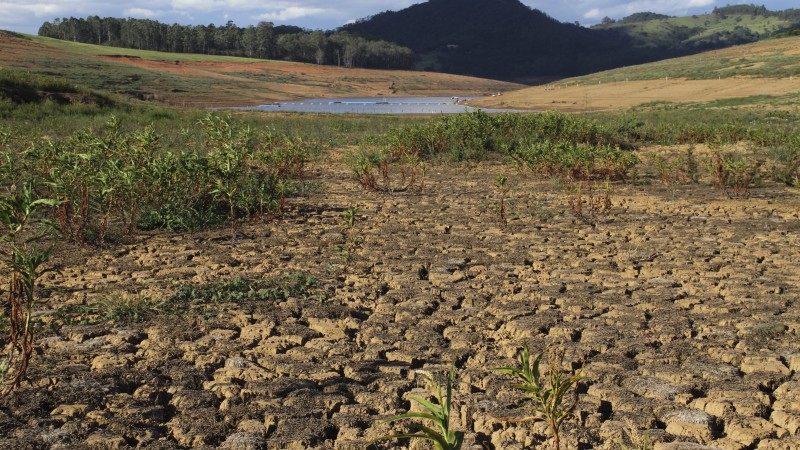 The Cantareira System, which supplies half of São Paulo city, has been operating at bare-minimum capacity since 2014. Photo: Demotix

According to Volume Vivo’s official website, “the crisis is an opportune moment to reflect on the use of an essential resource to human life in Brazil's most populous region.”

Entirely crowdfunded, the series was directed by young Brazilian filmmaker Caio Silva Ferraz. In 2009, he produced the acclaimed documentary Entre Rios (“Between Rivers”), which tells the history of São Paulo's urbanization and the city's changing relationship with its rivers.

Two episodes have been released so far. The first, named “The Denial of the Crisis,” addresses how the São Paulo state government downplayed the seriousness of the crisis in 2014 in order to avoid political turmoil ahead of elections.

The second episode, “Inner Water,” exposes the bizarre logic of a managerial strategy that collects water in increasingly far-away sites, while polluting the city's own river basins.

For now, only the first episode has English subtitles.