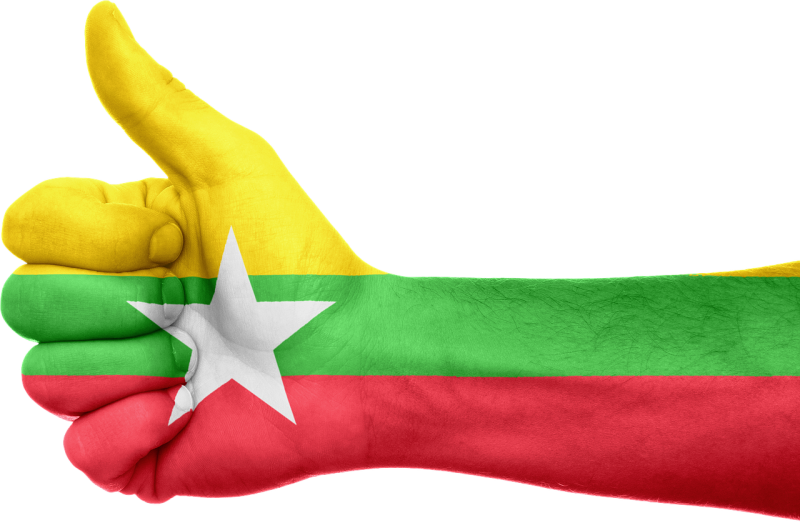 This edited article by Yen Snaing is from The Irrawaddy, an independent news site in Myanmar, and is republished on Global Voices as part of a content-sharing agreement. Myanmar's November 8 election is seen by many international observers as an important process in the country's transition towards democracy.

With 55 days until Myanmar's November 8 general election, candidates for the poll are beginning to pound the pavement—and increasingly, the keyboard—in search of voters’ favor.

Unsurprisingly, given the enormous popularity of the social networking platform, several candidates have taken to Facebook to garner support for their parliamentary bids in recent days, and a steady stream of candidate portraits and photos of campaign activities has been making the social media rounds since the election’s official campaign period began on September 8.

Zin Ni Ni Win, a candidate for the National League for Democracy (NLD) in Pakokku, Magwe Division, quickly found herself with thousands of followers after word of her candidacy got out. A young, fresh face whose Facebook page also boasts pictures of the candidate with the hugely popular NLD chairwoman Aung San Suu Kyi, Zin Ni Ni Win has seen her “likes” skyrocket to more than 25,000 since she set up her account earlier this month.

‘We cannot refrain from using it’

Nay Phone Latt, another NLD candidate who is also founder of the technology NGO Myanmar ICT for Development Organization (MIDO), said his party’s online media team was compiling candidates’ information to be posted on the NLD’s official website.

In an age of growing connectivity in Myanmar, Nay Phone Latt said social media had an important role to play in candidates’ outreach to voters.

If we want to campaign toward youths and the middle-aged, we cannot refrain from using it.

Nay Phone Latt said this while noting that the Internet could just as easily serve as a platform for hate speech.

The online engagement is a new phenomenon for Burmese, who saw little to nothing in the way of e-campaigning in Myanmar’s 2010 general election; a product of the country’s almost negligible Internet penetration, apathy due to sky-high SIM card prices and perceptions that the vote would be rigged.

Five years on, foreign telecommunications firms have helped drive SIM prices down and mobile usage up, and the ruling Union Solidarity and Development Party (USDP) has enacted enough reforms to convince more than 90 political parties to contest the upcoming election.

Min Zayar Oo, a Lower House candidate with the Mon National Party (MNP), first used his Facebook account to inform followers that his candidacy was under review. Having cleared the vetting process, he has since used it to make campaign pamphlets and voter education materials available to voters online.

It has been a long time that I have been using social media. … I am well-connected with most Moulmein accounts. Some people also redistribute my information.

Min Zayar Oo said this referring to the capital of Mon State.

Most MNP candidates are online, he said, adding that some of the party’s older candidates who are not Internet-savvy have enlisted young hands to manage their accounts. 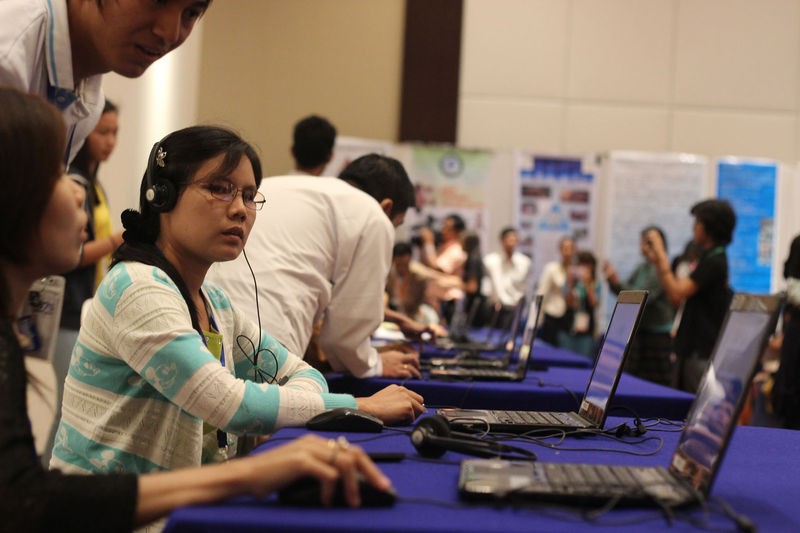 Nang Shwe Kyar, a candidate for the Wun Thar Nu Democratic Party, said she was using her personal Facebook account as a means of widely disseminating her policy positions and activities among the public, and to gain name recognition. Her party’s other three candidates were also using Facebook as part of their campaign strategies, she said.

Michael Suantak, program manager with Phandeeyar, a local technology organization that supports social innovation, said although use of social media for online electioneering had “good potential,” the effectiveness of such outreach had yet to be tested.

There are about 6 million Facebook users among Myanmar’s population of 51 million, according to Suantak, who said about two-thirds of those users were living in the country’s two largest cities, Rangoon and Mandalay, and the capital Naypyidaw.

Suantak pointed out that Facebook “likes” would not necessarily translate to votes on November 8. Poor connectivity also meant social media campaigning would have limited traction in the rural constituencies that make up much of the country, he added.

Given the new online territory that candidates are treading in this election year, Suantak said a lack of “data literacy” would likely bring hiccups both in sending and receiving election-related information.

“The candidates themselves are just taking photos and posting words. They need a strategy. Also the public lacks experience and knowledge to filter fake news from genuine news,” Suantak said, warning that bogus accounts could also be used to attack candidates or otherwise incite unrest.

Union Parliament Speaker Shwe Mann has become an increasingly prominent Facebook presence in recent months, a trend that looks likely to continue as the campaign unfolds over the coming weeks. Over the weekend, he posted pictures of himself on the campaign trail in his native Phyu Township, where he will contest for a seat in Parliament’s Lower House with the USDP.

For Hla Swe, another USDP lawmaker with a strong Facebook following, social media is about letting constituents know what he’s up to. He said:

It’s not good not to share what one does. I think I should tell the public what I do. That’s why I use Facebook. For example, I went to a village, I met with villagers, took photos and posted them, saying I serve their needs.

And while the impact of Facebook and other social media platforms on the 2015 race remains to be seen, Hla Swe claims he’s at least got a grasp on how to gauge reaction to any given posting.