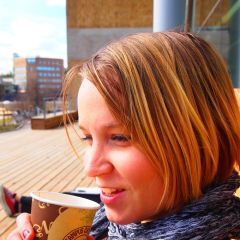 The evening before, the Hungarian police at Budapest's train station suddenly allowed refugees to enter trains leaving towards the Austrian border. Previously, refugees were forced to stay at train stations and in temporary camps in Hungary.

Journalist Christoph Schattleitner describes how at Vienna's train station, by 10 p.m. on Monday evening hundreds of people had arrived with donations they bought at a nearby supermarket. The outpouring of water, food and sanitary products was overwhelming, forcing some platforms to be closed. Authorities eventually had to urge people to stop providing more donations.

When refugees reported to be from Afghanistan, Eritrea and Syria arrived in Vienna on their way to Germany, they were met with cheers and applause: Refugees arriving in Germany have heavily relied on the kindness of citizens until recently, when the government ramped up its own efforts. Last week, Germany announced that it will allow all Syrian refugees to stay and apply for asylum instead of deporting them to their first port of entry, in accordance with European Union regulations.

Europe is experiencing a tremendous influx of refugees due to conflicts in Syria, Afghanistan and Iraq as well as violence and instability elsewhere in the Middle East, South Asia and Africa. Dangerous crossings over the Mediterranean have also increased. Thus far, countries on the coast such as Greece and Italy have received a disproportionate number of refugees, while the Eastern European countries of Hungary, Slovakia, the Czech Republic and Poland have resisted calls for a quota system to spread asylum-seekers out among the EU member states.

As European leaders bicker over how to deal with the crisis, people have lost their lives trying to reach the safety of the continent. Thousands have died or gone missing in the Mediterranean, according to the UN refugee agency. In late August, a truck with the bodies of 71 people was discovered on the side of an Austrian road; authorities say the victims, who are assumed to be refugees, suffocated.