‘Maximizing the Good, Hiding the Bad': How Poverty and Welfare Are Measured in Uzbekistan 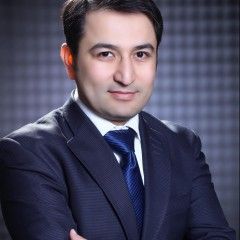 In Uzbek there is a saying, yaxshilikni oshirib, yomonlikni yashirish, that translates roughly as “maximize the good, hide the bad”. It seems this practice is being widely applied in measuring poverty and development in Uzbekistan and the broader Central Asian region.

In local official mass media, the word “poverty” is used exclusively to denote harder socio-economic times experienced by the republic during the Soviet period. Increasingly, poor people have made way for the more politically correct “vulnerable groups of the population”.

The eradication of extreme poverty and hunger is one of eight development goals adopted in September 2000 as part of the New York UN Millennium Declaration signed by all member countries and leading development institutions. This year commemorates 15 years since those goals were adopted. Talk is now of a ‘post-2015 agenda’. “El-yurt tayanchi” (support of the country) monument personifies a futuristic Uzbek family with a daughter and a son unveiled by President Islam Karimov in 2006 in Karshi, the city of a province where he governed in late 1980's. It indirectly hints at the quantity of kids each Uzbek household might wish to have in decades from now. Photo by author.

For example, although the Food Agriculture Organisation's latest State of Food Insecurity in the World 2015 report commended Central Asia for “remarkably rapid progress in reducing hunger”, another report from the same organization notes that “lack of effective governance is rife in developing countries, and is especially acute in Central Asia and Central Africa.”

Poverty in Uzbekistan, however it is defined or calculated, has a seasonal character. It varies from one location to another, and suffers from serious institutional and legislative deficiencies. For instance, in 2015 weather in the country was particularly harsh. Due to abnormally cold weather in April, frost diminished 70% of the harvest from fruit trees in Uzbekistan.

Coupled with the fact the country reportedly exported 50 tons of fruits and vegetables to Russia, it is unsurprising that prices sky-rocketed, leaving many people few choices to consume or preserve it in glass jars for the winter, a tradition widely practised in the region.

And yet poverty in Uzbekistan is the subject of discretion. Teachers and doctors might prefer to bring their own lunch to work than pay for it in the canteen. People proudly own their own flats and houses but find themselves sharing them with more relatives than you can imagine.

Strong social bonds and remittances from abroad have contributed to effectively cloaking poverty, but have not completely banished it.

One 2009 UNICEF report on child poverty in Uzbekistan revealed that “pre-school enrolment is especially low in rural areas (19.2% of children at the respective age).”

Only 20% of children aged 3 years old to 5 years old are attending preschool, a figure that was much higher prior to independence.

Disabled people are another group poverty impacts disproportionately. According to the UNDP in Tashkent officially “people with disabilities number 780,000 people (2% of total population)” of whom 52% are women and 48% are men. Up to 70% of them are unemployed, while the level of poverty among people with disabilities is at least four times higher than the average in the country.

Disparities in living standards also vary widely between city centers and rural villages in a way that the Gini Coefficient, which measures the income of the richest part of the population against the poorest, cannot always grasp.

The poverty line is well above the 15% barrier in Jizzakh, Karakalpakstan, Khorezm, Namangan, Navoi, Surhandarya and Syrdarya which represent more than half of the country.

Prosperity is perhaps only truly noticeable in the capital Tashkent, where around 2% live beneath the poverty line and where authorities are clamping down on luxurious weddings that sow envy in society. Perhaps the biggest indicator of poverty and general development failure in Uzbekistan and other Central Asian countries, however, is high rates of out-migration.

State media prefers to “maximize the good” and frequently refers to the World Happiness Report for 2015 that ranked Uzbekistan in 44th place worldwide ahead of Slovakia, Japan and South Korea and first among republics belonging to the Commonwealth of Independent States. But if millions of citizens were truly happy would they really have migrated abroad and associated their future with other countries?