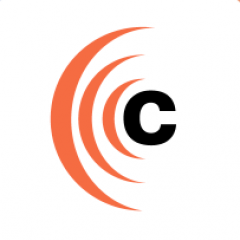 The oil and gas industry has left deep scars in Peru, which the authorities themselves have acknowledged. After 40 years of oil exploitation in Loreto, the government has declared an environmental and health emergency in four basins located around lot 192 (ex 1AB) in the Amazon region, where the company Pluspetrol Norte operates. For years, indigenous populations have complained of a silent and resounding impact on their lives.

Convoca, an investigative reporting outlet in Peru, has gained access to hydrocarbons environmental monitoring reports, which were not made public and were ignored by the last three governments in spite of the seriousness of the evidence. After reviewing more than 20,000 pages of documents and building a record covering 21 regions, authors Gabriela Flores and Milagros Salazar bring you the story. It was originally published on Convoca and republished on Global Voices with permission.

Wilson Sandy follows the oil footprints in the Peruvian Amazon with the cleverness of a detective and the determination of those protecting their home: the Achuar territory of Loreto. He is 39 years old, and for over ten years he has dedicated his life to gathering evidence of pollution by the oil companies that operate in the Amazon region with the largest number of environmental scars in the country. Why is he doing it? “To defend my brothers, to document what happens, so that others do not say that we lie,” says Sandy with the same confidence with which he makes his way through the forest, rivers and black oil lakes to record evidence among wilted plants and dead fish. Sandy locates the affected sites with GPS, and takes photos and videos to reveal what he has found.

Sandy is the leader of 19 environmental inspectors of the Corrientes River in Loreto. But he is not the only witness to what he calls in the Achuar language nunka nemeskamu: the contaminated soil. Indigenous populations live among oil spills, gas leaks and other environmental incidents that often are buried in the dense jungle for decades. It is a chain of silent stories that can overcome any suspicion.

“We found hundreds of unprocessed monitoring reports in cardboard boxes,” explained lawyer Maria Luisa Egusquiza, who is responsible for the Enforcement, Sanctions and Incentives Directorate of the Agency for Environmental Assessment and Enforcement (Organismo de Evaluación y Fiscalización Ambiental, OEFA), in an interview with Convoca in mid-2014. She was referring to evidence of potential environmental infringements that were never evaluated by the authorities to punish the responsible companies. Which companies were they, and what did the documents say?

Since then, Convoca has sought to answer these questions and to find out what was in those stacked boxes in a corner of OEFA's offices. Egusquiza assured that her institution asked the Comptroller of the Republic to investigate the responsible officials, but did not provide any further details on that interview in which Hugo Gomez, the president of OEFA, was also present. Today, after a year, we reveal the first part of this story.

What we found were approximately 20,000 pages of alleged environmental violations primarily by oil and energy companies. Convoca had access to over 1,000 complete documents, including environmental monitoring reports, internal letters and photographs that were not public.

Convoca analyzed and developed a record to determine the severity of the cases, the operators, and those responsible. As a result, it was identified that over 70 percent of these cases involved oil and gas activities in 21 regions of the country and that the company that benefited the most was Argentinian Pluspetrol, which is the main oil operator in Peru and the top violating company.

All these cases were archived in 23 days between August 2013 and September 2014 through 1,101 resolutions from the Division of Instruction and Research of OEFA, not for lack of evidence, but because the authorities allowed them to exceed the legal four-year deadline for initiating a disciplinary procedure after the initial evidence is collected. This requirement is called the statute of limitations.

The inspectors presented their reports to the Supervising Agency for Investment in Energy and Mining (Organismo Supervisor de la Inversión en Energía y Minería, Osinergmin) between 1998 and 2009, as stated in the documents obtained by Convoca.

These reports were finally archived between 2002 and 2013 during the governments of Alejandro Toledo, Alan Garcia and Ollanta Humala. In early 2011, OEFA received these reports from Osinergmin when it took over the hydrocarbons environmental enforcement.

While Osinergmin was in charge of this work, it allowed 98 percent of the cases to lapse within two to 13 years. OEFA did the same with 20 cases that lapsed in the two years when it assumed the environmental monitoring of this sector. No administrative penalty process was initiated, although the experts consulted found cases of possible serious violations.

One such case was the spill of 50,000 gallons of oil from the North Peruvian pipeline of PetroPeru, of which 25,000 ended up on the Marañon River, a habitat for 100 species of animals, located between Jaen and Amazon. The incident occurred the morning of May 8, 2006, because a 25-ton rock fell on the pipeline; it ended up affecting a stretch of the Fatima and Chingaza villages. According to the report No. 79426-1, the company did not report “the damages on the riverbanks, downstream of the Marañon River,” and allowed the villagers to collect contaminated material without protection.

Evidence of the oil spill on one of the sections of the North Peruvian pipeline of PetroPeru in 2006, included in an archived monitoring report.

For this reason, inspectors recommended evaluating “the physical, biological and social damages,” “identifying landslide-prone areas” and a remediation plan. It was not just any incident. For toxicologist Ruben Loayza from Cayetano Heredia University, this spill qualified as an “environmental catastrophe” due to the amount of oil spilled into the river, but the report was forgotten for five years and in 2013, it was archived by OEFA along with 1,100 reports because the deadlines to investigate and punish had expired.