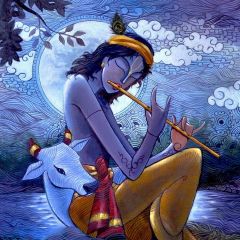 Manivannan has been removed because he refused to take action against 11 students participating in gatherings against alcohol sales in the state. Alcohol sales are a huge cash cow for the local government.

The students demand that the university administration reinstate him.

A shocking video of a 4-year-old boy being forced to drink alcohol by a group of men in Tiruvannamalai, which circulated on social media, acted as the trigger for widespread demand to control the sale of alcohol in the state.

And demands intensified after a notable Gandhian and anti-liquor activist Sasi Perumal died during a local protest against a government-run liquor shop.

Last week a group of students from Pachaiyappan College were beaten by the police as they pelted stones at government-run liquor shops in the capital city of Chennai.

Similar demonstrations have taken place across the state, leading to the arrest of thousands of protesters. They claim the Tamil Nadu state government has used its police force to threaten and beat hundreds of students and activists.

Our greatest philosopher Thiruvallur (who lived 2,000 years ago) is the one who raised his voice against alcoholism. In his magnum opus, Holy Kural, he dedicated a chapter to dealing with the problems of alcoholism. But, If he was alive today, surely he would be caught and put in jail for his views on alcoholism.

The state government of Tamil Nadu earns around US $3.35 billion a year from selling alcohol l in its 6,827 shops across the state. It is a major income source for the government.

Dr. Lakshmi Vijayakumar is a psychiatrist and the founder of Sneha, an NGO that runs a suicide helpline. He states that the rising number of suicide deaths in the state is directly connected with prevalence of alcoholism.

Not just suicide cases, but also an increasing number of road accidents in the state are related to the people's chronic drinking habits. In 2013, about 2,764 accidents occurred due to alcohol and 718 people were killed in Tamil Nadu by drunk drivers.

It made Tamil Nadu one of the top states in the country for alcohol-related road accidents. Growing alcohol consumption also causes health problems for many, especially economically deprived families.

As a result of these anti-liquor protests, it is good that we got to know that many prominent politicians and their heirs are the ones who run the alcohol and tobacco production industries in the state.

The protests against the prohibition of alcohol are a great move. If Tamil Nadu government bans the sale of alcohol, it will be greatly appreciated by the general population.

Opposition parties have also begun backing a ban on alcohol, although netizens quickly reacted to their hypocrisy, exposing prominent members of those parties who produce and sell both liquor and tobacco products.

As student activists across the state are continuing their protests, findings of a survey by Satta Panchayat Iyakkam, a local study group, was released on August 13. Its findings show that US $10.33 billion were lost due to alcoholism and related health care costs in the state.