This is How Michael Jackson Sounds in Quechua 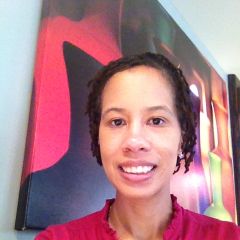 Renata Flores Rivera, a 14 year-old Peruvian, has become a social media sensation for her covers of well-known songs in the Quechua language. The video of her version of “The Way You Make Me Feel”, by the late Michael Jackson, was filmed at the Inca ruins of Vilcashuamán in Ayacucho, Peru and has been viewed more than half a million times on YouTube.

With seven million speakers, Quechua is the second-most spoken indigenous language in South America (after the Guarani). In Peru it is considered an official language along with Spanish even though only about 19% of the population speaks Quechua.

Renata's mother, Patricia Rivera, works for the Asociación Cultural Surca (Surca Cultural Association), a program that aims to teach adolescents from Ayacucho about drug prevention and the Andean region's ancestral language. Renata was part of their initiative. Thanks to her mother, “the youth also speak Quechua.”

The association was founded 11 years ago with the goal of achieving a positive attitude change in children and adolescents through art.  According to the newspaper El Comercio, their intention is to preserve Quechua as an ancestral language.

Ana Saroly affirms, in her article “Puede el quechua sobrevivir” (Can the Quechua Language Survive), that the Quechua language became the unifying language of the Inca empire 600 years ago.  Today the language runs the risk of decreasing in importance, so there is a need for younger generations to learn it and to feel proud of the language.

We support everyone without discrimination towards our mother tongue.  It's unique.  Thanks Peru for your greatness.”

Another Quechua-language version of a classic rock song by Renata has been shared on Twitter:

Renata Flores sings The Animal's song “The House of the Rising Sun” in Quechua.

Her next song will be “Fallin” by Alicia Keys.