Pro-Russian Web Network Digs Up the Dirt on Kremlin Critics Some of the sites in the network dig up “compromising information” on “enemies of the Russian state.” Image by Paul Reynolds on Flickr. CC BY 2.0.

In mid-July, RuNet Echo reported on a sprawling network of pro-Kremlin websites, discovered through the use of open-source information such as Google Analytics IDs, domain registration records, and email addresses. In this installment, Lawrence Alexander and Aric Toler collaborate to dive deeper and provide an analysis of the content of some of the websites in the network.

Of the 83 websites in the network identified to date, many promote a broad anti-Western polemic, often in the guise of conventional news sources. A number of others, however, take a more creative and personal approach, attacking key Ukrainian politicians and Russian opposition figures by way of “personal dossiers” and alleged “dirt” dug up on the individuals. Below is a review of some of the most interesting sites with “compromising information” in the network. Unlike most of the sites we examined, Ya Patriot has a strong focus on original artwork. The homepage features sinister-looking portraits of seven individuals, as well as the Pussy Riot duo (archive), targeting prison reform activists Nadezhda Tolokonnikova and Mariya Alekhina, and a section called “Chronicles of the 5th Column.”

Ya Patriot isn't shy about its intentions, openly stating that its goal is “to gather all information about those who, under the guise of social and political activity, operate in a manner that is contrary to the interests of Russia and its citizens.” It continues: “On this site we will not talk about who to choose as our leaders. We will tell you why you cannot trust the statements and promises of some people, and also about who is behind them.”

The site was actively updated during the period from September 2014 through February 2015. It is completely anonymous, with no attribution given for any of its content.

Copy-and-paste plagiarism seems to be common; information on opposition figures is mostly lifted from Wikipedia, with the photos and videos often pulled from news services. There are also longer articles with a mix of seemingly original and borrowed content. For example, pieces on Mikhail Khodorkovsky only appear on the site http://пятаяколонна.рф (fifthcolumn.rf), making it unclear if they first appeared there or on Ya Patriot. Other postings are obviously lifted from other sources, such an article on Pussy Riot (archive), copied and pasted from Gazeta.ru. However, some work is exclusive to Ya Patriot, such as this piece (archive) on Aleksei Venediktov, editor-in-chief of the independent radio station Echo of Moscow.

Ya Patriot is fond of demotivational memes (also known as demotivators), extremely popular with the so-called “troll farms” in Russia. The images generally show the profiled figure in an unflattering pose, often accompanied by anti-American, homophobic, or conspiratorial comments.

The site's most notable feature, however, is a sophisticated set of comics based around depictions of Boris Nemtsov (archive), Aleksei Navalny (archive) and other figures labeled as part of the so-called “Fifth Column.” A comics page from Ya Patriot, depicting Alexei Navalny as a super hero with Western leanings.

The Nemtsov comics come in a single “issue,” entitled “Nemtsov—The Beginning,” showing the “origin story” of the future Deputy Prime Minister of Russia and anti-Kremlin activist. The “story” is predictably sinister, showing baby Boris with a (literal) silver spoon in his mouth and his supposed corrupt beginnings. The text of the comics is taken from compromat.ru, but the images themselves are original, with good-quality artwork.

The Navalny comics follow a similar theme, but across a whole trilogy. They depict Navalny as a kind of “Superman” working against Russia on behalf of America. In his adventures, he receives instructions via his mail.ru e-mail account from President Obama, writes editorial pieces for the New York Times, and promotes European values of tolerance towards homosexuality. Like the Nemtsov comics, the images are all exclusive to Ya Patriot. Who is Who presents itself as a Ukrainian site concerned about the new government officials and politicians that came to power following the Euromaidan revolution. Its contents are supposedly drawn from “OSINT”—open-source information and investigations. However, most of the “incriminating dossiers” on Ukrainian politicians are either copied or half-heartedly rewritten from Wikipedia and a few other sources. Besides the dossiers, the site also has an active news service, with many of its articles betraying a clear bias against the Ukrainian government, the EU, and the US.

On its About Us page (archive), the website states its rationale as the following:

Once new Ukrainian government officials came into power in the country, we came up with this project. Our team very quickly realized that today’s Ukrainian government has made considerable promises of a beautiful life, and has not hurried to carry out its responsibility to these words.

Our project was created with the goal of gathering together all of the information that will help the citizens of our country understand who are these Ukrainian government officials. When dealing with people, we realized that the kompromat [compromising materials] on Ukrainian politicians interest almost everyone, because everyone wants to know what to make of the people who decide the fate of the country.

Actively updated from May 2015 to present, Who is Who credits authors with either ambiguous names or obvious pseudonyms. Some, such as Denis Tashko, seem to be genuine Ukrainians (as Tashko is a traditionally Ukrainian name), but they write only for Who is Who. Others clearly use pseudonyms, such as Eduard Tich (Эдуард Тич), a Russified version of Edward Teach, the real name of the famous pirate Blackbeard. Another example is Khissen Khabre (Хиссен Хабре), the Russified name of the deposed dictator of Chad, Hissène Habré.

Who is Who has two main types of content: dossiers on Ukrainian politicians, and news stories. Some of the material in the dossiers is copied from Wikipedia and other sites, but large portions of the work seem to be original. For example, the entire dossier (archive) on Anatoly Danilenko, the former Deputy Prosecutor General of Ukraine, seems to be unique content, including both the biographical information and the “compromising info.”

The dossier of Ukrainian government official Pavel Zhebrivsky, however, is mostly lifted from a site called Facenews.ua (archive). Other frequently-plagiarized sites include PolitRada and, once again, Wikipedia.

Most of the news articles appear to be original, many running to around 100-150 words. The most common themes include the alleged corruption of the Ukrainian government and police forces (“[Mayor of Kyiv] Klichko brags about his expensive watch” [archive]), the poverty of Ukrainian people due to a supposedly inefficient government (“Young mother caught stealing groceries in a store” [archive]), and the frame of a “decadent West” intruding into Ukrainian society (“Gayropean Values: now even in Kiev” [archive]).

A strong theme of antisemitism runs through the site, with a large number of articles accusing Ukrainian leaders of being part of a Jewish conspiracy. For example, a recent article from frequent contributor Denis Tashko (archive) talks of possible secret Jewish roots for President Poroshenko, and how Prime Minister Arseniy Yatsenyuk may have changed his name from “Bakay” and is part of “the ancient Semitic people.” Tashko goes on to describe to the reader “why people may suspect that the government of the country is part of some sort of Zionist conspiracy,” uncritically listing off standard operating points popular in ultra-nationalist, anti-Semitic conspiracy literature.

Backlink checker tools such as Linkody and Open Site Explorer show that Who is Who is linked to from a large number of external sources. However, much of this can be attributed to an aggressive SEO campaign spreading spam links to the site across unrelated forums. Many of the forum posts seem to have been made under the account name “whosugpiu.”

The next installment of the pro-Kremlin website network analysis will focus on the websites that push a pro-Russian narrative whilst presenting themselves as legitimate news media. 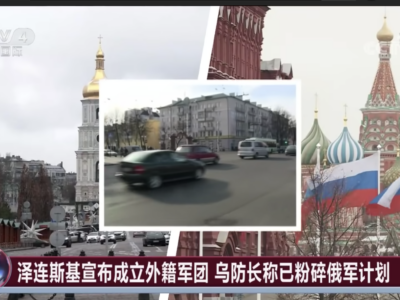