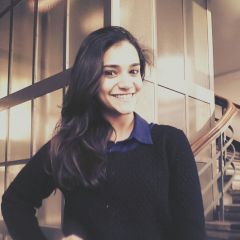 A photograph of the explosion that killed Egypt's Public Prosecutor that has gone viral on Twitter. Shared by @TheMiinz

The Egyptian government and the Muslim Brotherhood are exchanging accusations after the assassination of the country's Public Prosecutor Hisham Barakat, who died after suffering injuries in a car bomb that targeted his convoy yesterday (June 29, 2015). Egyptian state TV announced a military funeral was held today.

Barakat was taken to El-Nozha hospital after the attack where he suffered internal bleeding. Around midday reports of his critical conditions surfaced before a spokesperson from Health Ministry confirmed his death.

Details about how the attack took place are unclear. Reports stated that a car bomber rammed into Barakat's convoy while Reuters quoted security forces saying that a parked car was detonated from a distance.

The attack took place as Barakat was leaving his house in Cairo's Heliopolis district. Residents woke up to a massive explosion that shook the whole street and torched over 30 cars; glass windows of nearby buildings were shattered up to the tenth floor as was shown in videos of the aftermath of the attack. State media reported that nine people, including two drivers and five members of Barakat's security forces, were injured in the explosion.

Erin Cunningham, a Cairo-based correspondent for the Washington Post, tweeted:

Car bomb was quite big, damage extensive. Windows broken in all high-rises nearby, up to 8-10 floors. Cars nearby mangled.

A little known group called “Giza Popular Resistance” reportedly claimed responsibility for the attack over Facebook. The group was responsible for several bombings earlier this year ahead of an international economic summit that Egypt was hosting.

However, after a few hours of announcing their responsibility for the attack, the post on their Facebook page disappeared, according Evan Hill, a journalist specialized in Middle Eastern Affairs:

The Facebook claim of responsibility by the Popular Resistance group appears to no longer exist https://t.co/j3TKRYcBzY #Egypt

The State Information Service published news of the attack on its portal explicitly blaming the Muslim Brotherhood for it. Meanwhile, the Brotherhood blamed the current regime for setting the scene for violence, adding the violence will not stop until Egypt is “free”:

We affirm that violence will not end except by achieving justice, toppling this illegitimate regime and allowing #Egypt to be free

State-owned newspaper Al-Ahram insisted the assailant was unknown and that no one claimed responsibility for the bombing.

Hisham Barakat was appointed as Public Prosecutor in July 2013 after the toppling of Muslim Brotherhood President Mohamed Morsi. Barakat's time in office witnessed several controversial cases, the Muslim Brotherhood was announced a terrorist organization and several of its leaders and members, including former President Morsi himself, were prosecuted. Hundreds of Brotherhood members were referred to trial by Barakat, which eventually resulted in the death penalty for many of them.

Before becoming Public Prosecutor, Barakat served as head of the technical office at the Ismailia Court of Appeals. This court was responsible for investigating claims that Morsi had escaped from prison during the 2011 revolution. Based on the results of this investigation Morsi was sentenced to death earlier this year.

The deceased was also responsible for referring Yassine Salah Eddin, a central security forces lieutenant to court for beating an activist to death during a peaceful march. Salah Eddin was sentenced to 15 years in maximum security prison.

He was also involved in other controversial cases against activists, journalists and a group of football fans, along with many cases related to the Muslim Brotherhood.

Barakat's death is considered the first successful assassination attempt against a state figure since more than a decade. Fear and anticipation are now taking over the scene in Cairo as the attack showed how deep the reach of militants is, while activists fear the attack will inspire a severe crackdown from the government that is expected to impose emergency measures and further restrictions on freedoms.

For more updates and reports, check out our coverage on Global Voices Checkdesk.