The Pro-Kurdish HDP (People's Democratic Party) has been maintaining a successful campaign ahead of Turkey's General Election on June 6 both online and offline. For some there is an uncomfortable link between this fact and a spate of attacks on their offices across the country.

The party's co-President Selahattin Demirtaş has promoted an attractive and unifying rhetoric in his campaign speeches, reminiscent, say some, of a younger Recep Tayyip Erdoğan, Turkey's current president. Erdoğan's AKP (Justice and Development Party) has dominated politics in the country for over a decade now, and is taking the challenge from HDP very seriously.

One of the most restrictive aspects of the electoral system in Turkey is the 10% nationwide threshold for parties. Despite continuous emphasis on the importance of elections and their centrality in a democratic system, AKP has never pushed to decrease this threshold and allow broader participation.

HDP is one of the major victims of the threshold. In order to get seats in the parliament, their deputies in previous elections were nominated as independents to bypass the threshold.

However, the way the electoral system is structured means that this leads to a smaller number of seats for Kurdish cities, allowing the remaining seats to go to AKP.

This time round, HDP is attempting to take on the threshold in a move that could crush AKP's majority in the parliament.

An election simulator here demonstrates that HDP's crossing of the 10% threshold would not affect other opposition parties likely to enter the parliament — MHP (Nationalist Movement Party) and CHP (Republican People's Party) — but having a fourth party in the parliament could be a major blow for the AKP. A simpler simulator also shows the same results.

Election arithmetic has thus ensured that voting for HDP is the best possible protest vote for anyone seeking to prevent AKP controlling the legislature. HDP also appears to have transformed itself from a single-issue, regional party by campaigning on an array of issues important to citizens across the country, rather than just the Kurdish minority.

In the meantime, there have been increasing reports of attacks on HDP campaign offices all over Turkey, some of which have involved explosives causing injuries to party workers. Representatives of the ruling AKP have strongly condemned the attacks.

A group of HDP supporters used Google Map Engine to create a map that showed where these attacks occurred.

Later, Efe Kerem Sözeri created a basic data set that is open to the public by using Google Spreadsheets, mapping attacks against HDP and other political parties. Based on the data sets prepared, the graphic above shows attacks on the offices of all parties between February1 and May 17, with those on HDP (purple) intensifying sharply in the run up to the vote.

It appears that whoever is targeting this election's wildcard party is doing so systematically.

This post is the second in a series looking at how online tools are making a contribution to the electoral process in Turkey. For further reading, please see: Covering Turkey's General Election, One Tool at a Time. 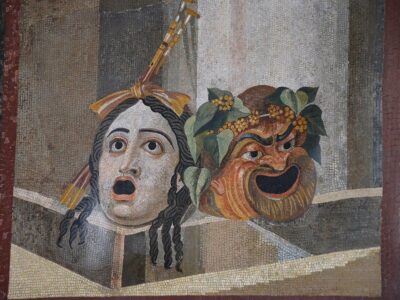