Can This US Presidential Hopeful Capture Republican and Latino Hearts? Marco Rubio hopes to be the first Latino president of the United States. But how long can he pander both the Latino and Republican base to achieve this end? Photo courtesy of Flickr/jbouie (CC BY 2.0)

As a registered independent voter in the US, I am keenly watching a 43-year-old senator from Florida state, who has his eyes set on the White House.

Like me, Marco Rubio, is young and Hispanic, the fastest-growing demographic in the country.

But unlike me, Rubio is Republican. The son of Cuban immigrants, Rubio climbed his party's ranks to become the youngest speaker of Florida state's legislature in 2008.

Hispanics make up 11% of all eligible voters in the US. Increasingly, the Republican party has been courting this ethnic group, which has overwhelmingly voted Democrat in the past.

Rubio may appeal to a new generation of Latino voters, but he has a number of hurdles to overcome, if he makes it through the primaries.

Rubio is one of eight Republican candidates to have announced their intentions of running in the 2016 primary, an election process both major parties in the US – the Democrats and the Republicans – go through, to select top candidates for presidency. Another 11 Republicans are exploring their candidacy too.

Rubio is not the only Republican candidate hoping to attract the Hispanic vote. Jeb Bush, the son and brother of two former presidents, is fluent in Spanish, and his family has been successful in attracting the Latino vote in previous elections. Then there is Ted Cruz, another candidate of Cuban origin, but he does not speak Spanish and is a vocal opponent of immigration reform, which is supported by most Hispanics.

If Rubio manages to beat all these contenders in the Republican primaries, he’s likely to face Hillary Clinton in the general election. A recent poll by Florida Atlantic University shows that Hispanics overwhelmingly expect her to be the nation’s president. To date, Clinton has a lead over all potential Republican opponents.

Months after Barack Obama clinched a second term as president in 2012, the Republicans began a soul-searching process to figure out who amongst them would attract new sympathizers. Then, TIME magazine’s February 18, 2013 issue hailed Florida Senator Marco Rubio as “The Republican Savior” and the “new voice of the GOP (or the Republican party.)”

There is only one savior, and it is not me. #Jesus

Though Marco Rubio rejected the idea of being a “Republican Savior,” the party capitalized on his image.

In 2013, Rubio delivered his party's official response to President Obama's annual televised State of the Union address. This catapulted the young senator's image in front of tens of thousands of Americans.

Rubio's turn on TV accomplished more than just representing the Republican vision for the nation; it also spurred thoughts about having a Hispanic president.

In some ways, Rubio is banking on his story, which is a twist on the traditional American dream: Rubio comes from a family of immigrants, is married into a family of Colombian immigrants, and lived in a neighborhood of immigrants, West Miami, the bedrock of his “dazzling ascent from city commissioner to state house speaker to U.S. Senator,” according to TIME magazine.

Rubio's long term focus on the White House is unquestionable, but complicated as he attempts to walk what Michael Grunwald in TIME magazine called “the thin, hard line between the Republican establishment and the base, between compassion and the rule of law, between family and politics.” Rubio understands that he needs support from strong conservative Tea Party movement within the Republican party and the Hispanic community at large, to achieve his Oval Office aspirations.

Nevertheless, Rubio faces an uphill battle to attract the Hispanic vote.  Despite the speculation of political pundits, being Latino and fluent in Spanish is not the golden ticket to unlocking the Latino vote.

Between a Republican rock and a Latino stance

A recent poll suggests that the youth vote may be up for grabs for either Democrats or Republicans, the same can’t be said for the Hispanic vote. For many of them, there is no gray area for America’s most pressing issues, and Rubio will soon find out that it’s hard to appease both the Latino community and the Republican base at the same time. Especially when it comes to these four areas.

A part of the bipartisan Gang of 8, Rubio was one of eight Senators to draft the immigration bill in 2013. The bill would make it possible for many undocumented immigrants to gain legal status and citizenship. It would also add 40,000 patrol agents at the borders. During his interviews with Univision’s Jorge Ramos and Telemundo’s José Díaz Balart, Rubio said that immigration reform may occur if he becomes president, but deferred action for childhood arrivals, a policy that allows certain undocumented immigrants who entered the country before their 16th birthday, and Obama’s executive action on immigration, must come to an end. Which is why, prominent Latino organizations like America’s Voice have expressed mistrust in Rubio.

Rubio also opposes the Affordable Care Act. While his stance against Obamacare may please the Tea Party, it puts him at odds with Hispanics who have seen some benefits in enrolling to this program, according to The New York Times. Additionally, in two interviews, Rubio expressed his discontent with warming US-Cuba relations, appealing to the Republican base that has strongly supported the Cuban embargo. Recent reports show that the Cuban-Americans favor lifting the embargo, and a poll conducted by Florida International University reveals that 68 percent Cuban Americans favor restoring diplomatic relations with the island.

In an interview with Fusion Rubio said he would attend a gay wedding if it were someone he cares about. Days later Rubio called the ongoing gay marriage civil rights cases “ridiculous and absurd,” once again appealing to conservative voters. Hispanics, on the other hand, have shown increasing support to same-sex marriage according to a recent poll by the Public Religion Research Institute.

In terms of gun control, Hispanic voters say they prefer gun control over the rights of owners by 62 percent to 36 percent, and 82 percent of foreign-born Hispanics living in the United States believe controlling gun ownership is more important. Conversely, Rubio stands with gun rights, as it was demonstrated at an event hosted by the National Rifle Association in Nashville this year. He vehemently supports the second amendment of the US constitution, which defends the right to keep and bear arms.

Finally, one issue Rubio may concur with conservatives and Latinos alike is abortion. Hispanics support abortion rights by 48 percent but 44 percent believe it should be illegal, according to the Pew Research.

Recently, the Senator, who ranks among the least-wealthy candidates in the Republican party, also came under scrutiny because of his relationship with patron and billionaire auto dealer Norman Braman.

As a young Latino voter, I remain skeptical whether presidential hopefuls — Democrat and Republican — will take Latino issues as their campaign's priority in the primaries.

But one thing is clear: it is important to watch the Republican primaries because Rubio is using his Hispanic heritage to attract votes. And if it works, Hispanics could vote against their own interest. For now, Senator Rubio may truly be the savior his party needs. 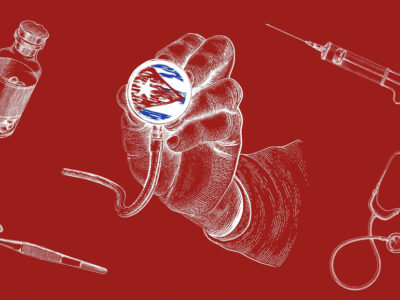 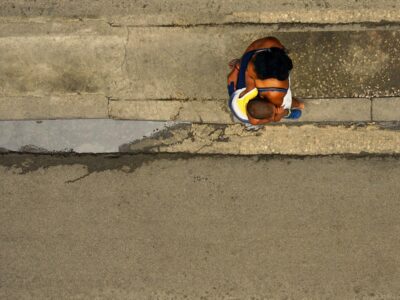 ‘My people, from above and afar': Havana in photos