As Elections in Guinea Approach, the Opposition Raises Some Alarm 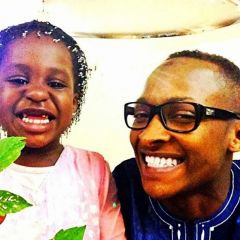 “People’s Palace Conakry”. Licensed under CC BY 2.5 via Wikimedia Commons

With elections rapidly approaching, the Guinean opposition is putting the pedal to the metal in its campaigns for the country's communal and presidential contests. The last presidential elections in 2010 resulted in a victory for Alpha Condé, who won 52.5 percent of the vote in the second round of the election against former Prime Minister Cellou Dalein Diallo.

The 2010 presidential election was historic in several respects, being the first time that Guinea could democratically elect its president since it gained independence in 1958. The first round of voting, monitored by international observers, took place peacefully, though several violent incidents marred the second round, as 24 candidates stood for high office.

Two candidates in 2010 challenged the election commission's impartiality in the second round and a voting trend based on ethnicity threatened the credibility of the election. Some observers today fear the same obstacles may arise in the coming elections.

The opposition is threatening to stage protests to delay the election, if the government fails to address the opposition's concerns before March 15. Authorities seem to be taking the warning seriously, as National Independent Electoral Commission (CENI) commissioners—save only the rapporteur and director of operations (who are abroad for health reasons)—have been in Kindia, Guinea's third largest city, to tell the opposition to tone down its rhetoric.

A workshop on electoral operational planning took place from March 6 to March 10. In a speech at the event, CENI President Bakary Fofana argued that it's up to the organisation's commissioners and staff to do everything possible to meet the expectations of a nation that only wishes to vote in peace, in a free, transparent, and fair election:

Speaking about the efforts made by the CENI, Bakary Fofana highlighted, among other achievements, the identification and correction of anomalies in the mapping of polling stations and in the ballots themselves, and the implementation of the data collected on the central site with a view to cleaning up the general register of electors.

Bakary Fofana also reassured voters that his institution will rise to the challenge of organising transparent, inclusive, and fair elections. Fofana says he's confident the operational timetables for the local and presidential elections will prove reliable and accurate.