After the Charlie Hebdo Attack, Can We Laugh About Anything? 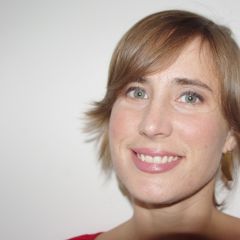 Poster of the CoExist project via Gallery Hip with permission

On 7 January at around 11 o'clock local time, two men entered the offices of the French satirical weekly newspaper Charlie Hebdo, killing 11 people and injuring 12 others with assault weapons. The tragedy triggered many discussions about freedom of speech, religion, tolerance and humour.

One issue that emerged in the aftermath of the shooting was the idea of educating people about religion.

At a time when people can be killed because they discuss atheism in Bangladesh, when one can face criminal charges in many countries for blasphemy and apostasy, the very possibility of having debates about faith is a blessing. Dialogue is the key to ensuring mutual understanding and respect and the CoExist team is one organisation that is more convinced than ever about this need.

After a world tour focused promoting inter-religious tolerance in 2013-2014, CoExist members Victor, Josselin, Samuel, Ilan and Ismael — the four initiators of the ‘InterFaith Tour’ — did a ‘Tour de France’ in June and July 2014 to share the experiences they have gained from their work.

They met with local communities, satellites of the CoExist Association, and educational institutions.

This Tour de France was prepared foremost in order to reach people living in sensitive neighbourhoods where inter-religious and intercultural matters are a daily reality. The team's aim was to create local satellites and promote peaceful coexistence by offering a support information package (this package includes a brochure on the project's objectives and methodology).

Each of these meetings has been a pilot. They have been conclusive as 10 new groups have been created and are now working thanks to the dynamic of this Tour. Also, CoExist is building a partnership with the federation of community arts center and youth clubs in order to organize actions within these associations. The other partners are the organizations CoExist already works with; places where interventions have already taken place as part of our awareness program. These are schools, high schools, universities and associations, etc.

In addition to participating in the Tour, Samuel wrote and published a book ‘Tous les chemins mènent à l'autre’ (All roads lead to the other). After the book was released, Samuel explained on RCF, a local religious radio station:

We left as friends, we came back as brothers. Fraternity is the conclusion of the national motto of France.  The word may sound corny or a bit too religious to many. But for us, it's so much more than that. Fraternity is deeply rooted in our DNA and it's fiercely urgent today.

“Fraternity starts with the unconditional acceptance of the other's existence”. A quote by Gilbert Covin on the website Citations à la Une (with permission)

The principle of secularism and the motto ‘Liberty, Equality, Fraternity’ has been discussed at length in France after the attacks against Charlie Hebdo in Paris.

Since those events, demand for CoExist's presentations and events have increased dramatically.

Global Voices sat down with CoExist members in order to better understand the team's work and ambitions.

Global Voices (GV): Since the attacks on Charlie Hebdo's office and a Kosher supermarket in Paris, there is a lot of  talk  about inter-religious dialogue and the secular teaching of religion. Have you noticed a change in the behaviour/ reactions of the audience during your interventions?

CoExist Team: We received requests from young people to create groups where there were not yet groups. We notice our actions are necessary more than ever. People understand the fact that we are a young movement, built from young people and we gather believers and non-believers. [They] appreciate that we were in the field [of dialogue-building] for six years and not only since the attacks. Obviously people talk a lot about the events, but what is appreciated is the will to respond by action and solidarity rather than surveillance and fear. Infography on the CoExist Project – with their permission

Following the attacks, CoExist published twelve proposals for the “coexistence of people”. The main ones are as follows:

GV: Have you talked to your counterparts abroad that you met during the InterFaith Tour about public reactions to the Charlie Hebdo shootings and events that followed it?

CoExist: We received a lot of messages of support from our counterparts abroad. All were shocked and support us to pursue what we are already doing. Many of them joined the gatherings paying tribute to Charlie in their own countries. We have a special thought for our Danish friends who have experienced terrorism right after us, and also to the 3 Muslims persons killed in Chapel Hill, USA, because they were Muslims.

Last year, the team told audiences how citizens in Burkina Faso created an emotional bond with one another through humour.

In the same family, Christians, Muslims and animists live in perfect harmony by creating social bonds through inter-ethnic and inter-religious marriage and defusing social tensions through laughter.

On this occasion, the team said: “Humour also means expressing stereotypes about each other vocally, to say what we think and in doing so, defuse tensions or frustrations throughout all the components of the general population.” GV: What's your perspective on this tradition nowadays: how far can humour go, where is the boundary between humour and mockery? Do you have examples of comedians who talk about inter-religious dialogue that you like?

CoExist: Obviously, this is a very complex matter, in particular with regards to the Dieudonné case [Dieudonné is a french humourist who was accused of publicly supporting terrorism when he wrote that “he is Charlie Coulibaly”, the shooter at the Kosher Hypermarket]. On a personal level, I believe there should not be any type of blasphemy law and freedom of speech must be total. However, freedom of conscience and worship must be protected too. This video from Philip Geluck, a famous Belgian cartoonist, sums up well my perspective on the issue.

In the video below, Philip Geluck is interviewed about Charlie Hebdo:

We can certainly make fun of everything, but we have to do so while being aware that we are accountable for our words and while respecting others, specifically the cultures and religion of minorities… I don't want to offend people if I don't fully understand what they are about.

Exactly two years after the first InterFaith Tour made its departure, a new team will take the project forward. That team consists of Samir, Ariane, Lucie and Léa.

Léa told Global Voices about the project's genesis and explains its background:

GV: How is this InterFaith project similar or different from the first one?

The project consists in making durable the efforts initiated by the first team: an inventory of inter-religious initiatives and the creation of a network between them. To the academic approach, we would like to link a journalistic dimension. The project has been widely followed on social media, it demonstrated genuine interest and keeness regarding coexistence and how the concept differs in different cultures and countries. Popularisation will be the core of our project. We will meet new inter-religious projects. The trip will have the same length but we will be four instead of five.

Due to a series of circumstances, the first team to conduct the InterFaith tour was composed only of men and received correspondent criticism. This time, despite the early intention of creating parity, the team is composed mainly of women.

The team plans to take advantage of this situation as Léa explains to us:

Many say the presence of women can lead to additional difficulties in some countries, particularly the Middle-East. We think it can provide us a more comprehensive understanding of the daily life of the people we will meet, because as women, Ariane, Lucie and I will have access to some aspects of women's lives that Samir could not have access to and vice versa. We also would like to think that it is very possible for women to travel the world to every country and among every cultures, if we are well-organised and do it with awareness and understanding  – but this caveat applies to both genders equally!

This InterFaith tour is planned to begin four months from now, on 1 July 2015. Meanwhile, you can follow Ariane, Lucie, Léa and Samir via Facebook:

[…] we will launch our communication campaign on social media 100 days before our departure to create the desire to follow us.

We are wishing this unique organisation a long and successful journey in its mission for more dialogue worldwide.