For most Internet users around the globe, March 8 might start with a visit to Google's daily doodle, drawing attention to one of the world's most recognizable celebration of civic rights — International Women's Day.

Although the international holiday was first spearheaded by socialist groups, and focused on working women, the day has now taken on distinctive forms in different locations all over the world, shedding its original essentialist connotations and emphasising specific issues that women in incredibly varied societies face.

In Eastern Europe, March 8 is a mesh of Mother's Day and Women's Day. Traditionally, it is a day during which men prepare a small gift for the most important women in their lives, including their mothers, wives, and female colleagues.

In recent years, however, women have started marking the day their own, using the day to organise events that raise awareness or promote women's professional roles. Google's March 8, 2015 doodle certainly captures that spirit, showing that in many countries of the world the day has grown into an appreciation of the roles women play in public as well as private contexts.

Breaking down the final barriers

Some events organised for International Women's Day around the world managed to raise awareness about the finer issues women face in modern societies, allegedly without intending to. Australia's Liberal National Party (LNP) booked a venue to celebrate the day “simply on the basis of availability, price and flexibility in a CBD location”, the party said.

As it turns out, the venue the party chose is an elite men's only club in Brisbane. Upon realizing the irony inherent in choosing that venue, the Australian Parliament took time to discuss the matter and had some fun with it.

The leader of LNP, which boasts over 6,000 women among 14,000 members, is current Prime Minister of Australia and federal Minister for Women, Tony Abbott.

Abbot swiftly took the opportunity to claim the event as yet another triumph for women. As party members prepare to discuss the role of women in Australian politics at all levels, he said, what better way to begin than by breaking down some of the final men-only barriers standing in their way?

Women's issues are no longer gender-specific

In other parts of the world though, battles over gender are fierce ones over basic rights. Organisations like International Media Support (IMS) work to draw attention to women whose gender, unfortunately, seems to come second to the labels that not only their own societies but the international community as a whole has placed on them.

In a photo piece on their website, IMS features five ordinary yet exceptional young Kurdish women from Syria who want to show that “the word refugee does not even begin to define their identities” and they would like to be seen “as women first”. In just a few quotes and a dozen photos, the piece not only changes the perception most of the world has about refugees, but also about the role of women in Syrian society.

Similarly, Human Rights Watch's most popular tweet on civil rights for the week beginning March 2, linked to a Reuter's article about a group of Afghan men who marched through the country's capital Kabul to draw attention to women's rights issues, dressed head-to-toe in bright blue burqas.

One of the activists, a young man of 29, said: “Our authorities will be celebrating International Women's Day in big hotels, but we wanted to take it to the streets.”

The small but significant march earned different reactions from passersby. Some women commented that they did not need men representing them, a middle-aged woman said she wore the burqa by choice even though her sons and husband had attempted to stop her wearing it, while others lauded and supported the small group of male activists.

Whether or not one agrees with the statement, this is yet another poignant example of how raising awareness of women's rights draws attention to the changes that different societies are going through, as well as the fact that feminism is not a one-gender movement. A video of the march, via AJ+, is available on Facebook.

International Women's Day is not just about bridging gender gaps, but also about bridging cultural and political gaps, usually through a demonstration of unity among women.

One such powerful demonstration was held by some 1500 women on both sides of the Kalandia checkpoint, the main checkpoint between the West Bank and Northern Jerusalem, on the afternoon of March 7, 2015.

Israeli women of both Jewish and Palestinian descent and women from the West Bank joined in a protest to demonstrate Israeli-Palestinian solidarity in opposition to the occupation and conflict in the region. The women held signs reading ‘Equality yes, racism no’ and were met with tear gas, stun grenades, and pepper spray by Israeli security forces trying to disperse the large crowd. Dozens of protesters were harmed and about 10 taken for further medical treatment.

In a separate show of political unity, the World Federation of Ukrainian Women Organizations called on women in Ukraine to join Nadiya Savchenko, a Ukrainian female fighter pilot, who has been held in jail by Russian authorities since June 2014, for a single day in her 12-week-long and ongoing hunger strike.

The UN Commissioner for Human Rights, several governments, and a number of human rights organizations have called for Savchenko’s immediate release, but on March 8, 2015, women and men across the world are uniting to save one woman's life and freedom.

@BBCGuernsey Best way to celebrate international women's day is to save life of one of them->#FreeSavchenko pic.twitter.com/480FofVoSV”

Among the plethora of ‘International Days’ endorsed by the United Nations, International Women's Day is surely the one with the largest footprint. Despite the drastically different issues that women face in different countries and regions, the day seems to be truly celebrated, in one way or another, in almost every country of the world.

It is a day of genuinely international proportions and both international organizations and multinational corporations are loathe to be left out of the action.

United Nations General Secretary Ban Ki-moon made a video statement to mark International Women's Day and the 20th anniversary of the landmark 4th World Conference on Women in Beijing, that Ban called the “road map for women's rights”. As the country that hosted that conference, China, detained female activists for protesting sexual harassment on public transport, Ban spoke to remind the world that “women's rights are human rights”.

Google, meanwhile, did not stop at marking the day with a rare global doodle. They deployed their video-sharing platform YouTube to launch an online campaign that aims to “to inspire and empower young girls everywhere”.

The YouTube campaign invites women from all corners of the world to post a piece of advice for girls — one that they would have liked to have received as girls themselves — using the hashtag #DearMe. Thousands of women have seemingly joined the initiative and the hashtag is trending on both Twitter and Facebook. A separate meme, ‘#DearMe: From the Guys’, also now has a playlist of its own, proving once more that concerns about equality and empowerment relate to everyone.

Wikimedia the non-profit free education project, has showcased exceptional female Wikipedia contributors and the various ways they use Wikipedia to make a difference to their societies. The sheer variety among the 11 women featured, all of different nationalities, races, ages, and professions, speaks volumes about the organisation and the increasingly broad range of cultures that open source projects like it speak to.

Finally, Twitter created a blog post to draw attention to some of the outstanding Twitter users who use the social network to discuss women's rights every day. The post begins with a reminder of the power of tools now available to unite people behind important causes, not just on an ‘International Day’, but the whole year round:

The conversation around “feminism” has increased 300% over the past three years. Several powerful discussions and campaigns began on Twitter and have brought awareness to many millions. 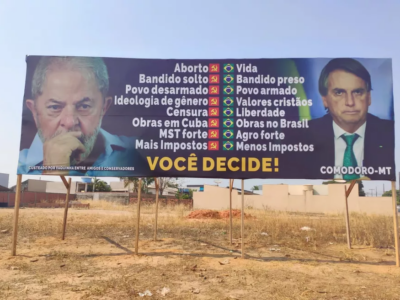