Students occupying the Bungehuis at the University of Amsterdam. Photo taken from newuni.nl with permission.

A group of students and protesters operating under the name De Nieuwe Universiteit (The New University) have occupied the humanities building of the University of Amsterdam (UvA), the Bungehuis, in protest against planned funding cuts to the university's humanities department.

… the occupation of the Bungehuis on Spuistraat by members of the De Nieuwe Universiteit organization and a demonstration by members of the Humanities Rally, an organisation which previously planned a student march and rally. A group of approximately 20 people barricaded themselves in the building beginning at 4:30 a.m., leaning out of windows, dangling banners and occasionally throwing confetti onto the masses gathered at the door.

So how did this all start?

Humanities Rally spokesperson Tivadar Vervoort told NLTimes that the protests were launched because of “a program released for 2016 by the administrative board of the university” which “describes merging multiple bachelor courses [such as Philosophy, History, Dutch Literature and English Literature] into a single liberal arts program.”

The reason for the merger is an allocation model based on the number of students who graduate per faculty. As the number of Humanities graduates has decreased in recent years, so has the budget allocated to the department.

To tackle this issue, students are finding inspiration in previous generations’ desire for increased student participation in university affairs.

“The University of Amsterdam has a history of citizen participation, democratization and protests”, Rik Van Eijk, one of the students protesting, told Global Voices.

Van Eijk is referring to the time when the Maagdenhuis, the building currently being occupied, was occupied for 5 days in the 1960s by students demanding a greater role in university affairs. At the time, UvA was governed exclusively by directors and professors. The current situation bears some resemblance to that of the 60s, says Van Eijk, except now both students and teaching faculty are being silenced by the will of the board of directors.

The teachers and students demanded a different plan which involved fewer sacrifices. Several working groups were created and alternative plans were drawn up. These plans were published in January but, according to Van Eijk, were largely ignored by the board — a claim also made by Vervoort, the rally spokesman.

This lead to the ‘New University’ movement which started on February 13 and lasted for 11 days before being broken up by riot police last Tuesday. A total of 46 protesters were arrested, and have since been released. A larger protest was organized the following day and over 1,000 people attended it, “although personally I think they were more”, Van Eijk noted.

The protesters created a website which includes a livestream of the Occupation as well as their demands, which read:

1. Democratic election of the university board
2. Change of the allocation model: finance based on input, not on efficiency
3. Cancellation of the current Profiel 2016
4. Referendums per institute and programme about collaboration between the UvA and the VU at the FNWI (Faculty of Science)
5. Fixed contracts instead of flexible staff appointments
6. An open debate about housing costs in relation to budget cuts of reseach and education.
In connection to this: retaining the Bungehuis as UvA-location

The general motivation behind all these demands is discontent with the current ways of management. Top down, efficiency-oriented management damages the very thing a university should revolve around: research and education.

[The students] are protesting what you could call the increasingly utilitarian or economistic approach to higher education and science policy. I can’t give you all the details in this post, but the story is familiar, and sounds quite similar to what has been happening in the UK (my hunch is that the Netherlands is following the UK’s path, with a few years time lag).

The reference to the United Kingdom is a poignant one. In November last year, Stefan Grimm, a professor of toxicology in the Faculty of Medicine at Imperial College London was found dead at his home, having apparently committed suicide.

An email he wrote and sent to colleagues before his death quickly went viral. In it he accused the university of turning itself into a business.

“This is not a university anymore but a business with very few up in the hierarchy…profiteering and the rest of us are milked for money,” he wrote, echoing the sentiment of Richard Hall who described the University as an “Anxiety Machine“.

Grimm had reportedly been under consistent pressure to justify his position at Imperial College by bringing in funding for research projects.

One email Grimm received from a superior at Imperial read:

I am of the opinion that you are struggling to fulfil the metrics of a Professorial post at Imperial College which include maintaining established funding in a programme of research with an attributable share of research spend of £200k [per annum] and must now start to give serious consideration as to whether you are performing at the expected level of a Professor at Imperial College. 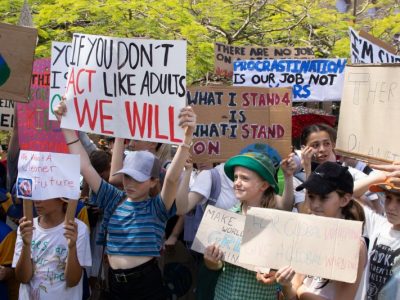