A girl with a banner “We are missing 43″ during a rally for the Ayotzinapa students in Montevideo, Uruguay. November 17, 2014. Photo by Sofía González (Flickr/Creative Commons).

More than 137 days have passed since the violent events that took place in the state of Guerrero, in Southwestern Mexico, which ended in what many consider to have been the forced disappearance of 43 students of Raúl Isidro Burgos rural teacher's college, which has its main campus in Ayotzinapa. Some people are now saying outright that the students, among others, were murdered.

Currently, the case has been marked by the claims of the Argentine Forensic Anthropology Team (Equipo Argentino de Antropología Forense, or EAAF) which, with its group of experts, has assisted the Mexican authorities in clarifying the facts but not in conducting the investigations, which are carried out exclusively by the Office of the Attorney General (Procuraduría General de la República, or PGR).

The EAAF's claims can be summarized in the following points:

It is noteworthy that in the second of the points above, related to the lack of participation of the EAAF in the first investigations in the Cocula landfill, the exact text reads:

The EAAF mentioned this serious irregularity in a meeting with the Attorney General Murillo Karam in his office, in the presence of his work team and the families’ lawyers, in early December 2014, requesting that he consider excluding or evaluating the legality of the evidence recovered from the Cocula landfill on this occasion by the PGR.

The PGR, on the other hand, maintains its official version, which it has called in technical legal terms the “historic truth of the events”, consisting in the illegal deprivation of liberty of the students and their murder by three individuals who have confessed to participating in the events. Nevertheless, these individuals do not include the former Mayor of Iguala, José Luis Abarca, and his wife, María de los Ángeles Pineda, better known as the “Imperial Couple“, who are suspected of having ordered the massacre.

Taking the official version of events as truth, the students should be considered homicide victims, not missing persons.

Amidst this disagreement, the Federal Institute for Access to Public Information and Data Protection (Instituto Federal de Acceso a la Información y Protección de Datos), the agency which guarantees the right to access to information in Mexico, reported in a press release that it has ordered the Mexican army to hand over information regarding its participation in assisting the investigation into these events, considering the seriousness of the circumstances:

There is a public interest which is greater than the witholding of information, given that the victims suffered grave violations of their human rights.

The online newspaper Animal Político (Political Animal) reported that the families of the students in question do not recognise the Mexican authorities’ official version of events:

The PGR's historic truth concerning the disappearance of the 43 student teachers in Ayotzinapa is falling apart, according to the families of the students on taking a position with respect to the information shared by the EAAF.

This adds to feelings of distrust and annoyance present on social media with respect to this case. For example, the user LaCompa+Bonita commented on Twitter:

In the case of #Ayotzinapa there are many lines of investigation that are not open. It is a mockery of justice to talk about #HistoricTruth

The user Agus pointed out:

And Argel Mendoza G. commented in a similar vein:

To add to the uncertainty and disgrace, news recently emerged of a sinister finding in an abandoned crematorium in the Puerto Marqués neighborhood of Acapulco (Guerrero), an important tourist destination, with at least 60 bodies in advanced states of decomposition.

All of this indicates that the Ayotzinapa case is no longer just about the pain of the victims and calls to end violence; it's now also about those who are fed up with the authorities, and those seeking justice for the new bodies discovered in the mass grave, who are said not to belong to the missing students. 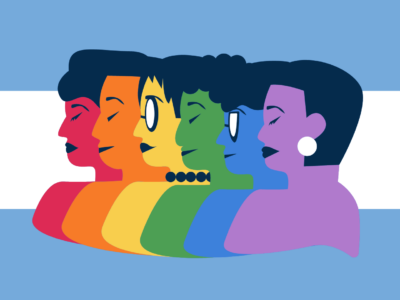 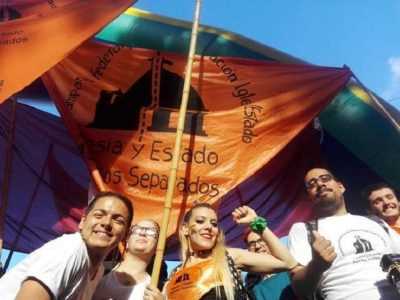