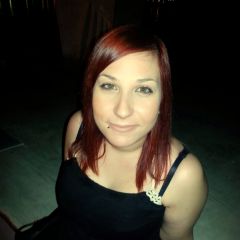 “Hope is coming” and “Hope has won”: SYRIZA motto before elections (left) and the message after the winning elections of January 25 (right). Source: SY.RIZ.A. official Facebook page

It was around 7 p.m. on January 25, 2015, when the exit polls showed a clear victory for Syriza in Greece's snap elections, which were the result of the previous parliament's failure to cast enough votes to elect a new president as head of state. The political party's post-victory message? “Hope has won.”

People took the streets of Athens to celebrate the historic shake-up of the country's politics. For the first time in modern Greek history since the transition to democracy in 1974 (known as the Metapolitefsi), the political left had come to government and Greece's two big parties, PASOK and New Democracy, were not a part of it.

The debt crisis hit Greece hard, and the country has limped along under unpopular austerity measures prescribed by the so-called Troika–the European Central Bank, the European Commission and the International Monetary Fund — as part of the two bailout packages it received.

For many Greeks, Syriza's election has given them a reason to hope for something better.

‘The government is not afraid of its people’

Syriza formed government with the Independent Greeks (AN.EL.), a conservative populist right-wing party that is “anti-memorandum,” a reference to the Memorandum of Understanding signed between the Greek government and the Troika outlining the financial conditions that the country would have to meet in exchange for rescue packages.

The newly elected party has since begun pursuing its election promises. On social media, some users expressed their optimism. @kotsos43 tweeted at the new Prime Minister Alexis Tsipras:

For the first time after the last 5 years, I may not have even a cent in my pocket, but I feel proud. Bravo, continue, and do not chicken out.

While @adiasistos made an observation of previous governments:

Unprecedented and unacceptable: [the new government] insists on doing what they said they would before elections.

One of the new government's first actions was to remove the iron fences in front of the Parliament in Athens. “The government is not afraid of the people,” said Giannis Panousis, deputy minister of public order and citizen protection. The iron fences were placed there in 2011 in response to protests taking place in the center of Athens, and have remained there since. This symbolic action was the first promise made real by the new government.

Below is a photo of the Monument of the Unknown Soldier in front of the Greek Parliament, without fences, uploaded by Twitter account Dromografos on Twitter:

Monument of the Unknown Soldier is also open

I see the iron fences outside the Parliament stripped out and I cannot believe my own eyes :-))

The fences were removed in front of the Parliament. Citizens are no longer protected…

Twitter reactions remain humorous all along. User @periklisp87, who is a member of Syriza, wrote:

I disagree with the decision to remove police vans from Exarchia. It's the local architecture. It's like Paris without Eiffel Tower.

The measures were put to the test quickly. On January 31, far-right nationalistic party Golden Dawn marched in Athens, starting from Rigillis Square, in memory of the Imia crisis and the Greek helicopter crash in 1996, allegedly caused by Turkish fire. A bit earlier, the anti-fascist movement held a demonstration in Omonoia Square against Golden Dawn.

Riot police presence was discreet, police officers held no guns and tensions didn't boil over. It was the first time in years that demonstrations were held without an intense presence of police, who didn't hesitate to use violence against protesters in the past. Social media took notice:

Anti-fascists and Golden Dawn members in demonstrations today in Athens…no incidents at all! Do you understand now who burnt Athens so many times?

A beautiful day today. We went to the demonstration, we saw no cops anywhere. They never respected us. That was proven today.

#Athens is transforming from a police-state city to a democratic city. #Greece

A later demonstration on February 5 in Athens against the European Central Bank's decision not to accept Greek bonds in exchange for funding further proved the point. Citizens took part in a peaceful protest, proving that fences were never necessary.

New Minister of Economy Yanis Varoufakis refused to cooperate with the Troika during his official meeting with Eurogroup head Jeroen Dijsselbloem on January 30. Greek Twitter was set on fire with comments.

@giuseppe_vieri spoofed the lyrics “the roof is on fire” in reference to the minister:

On Facebook, a page dedicated to the new minister of economy called “V for Varoufakis,” a reference to the film “V for Vendetta,” earned more than 57,000 likes within a week of its creation at the end of January.

Some pointed out that it seemed to be the first time that the Greek government was actively having a say in negotiations about the debt crisis, as previous governments seemed to be submissive to foreign orders. Journalist Kostas Vaxevanis commented:

What you see is called “negotiations”. Oh, and the one doing it is the Greek government.

Twitter user Gath advised the prime minister to announce elections again in order to obtain a bigger percentage of votes:

Alexis, go to elections next week, achieve a 60% and make everybody crazy, my boy ;-)

Political oaths and no ties

Prime Minister Alexis Tsipras, a self-declared atheist, logged another first with his decision to be sworn in making a political vow, rather than a traditional religious one. There were mixed reactions. Some — mainly his political opponents — considered the move unacceptable, while others didn't seem to be bothered by it or agreed with his choice.

Social media users have also been struck by the refusal of the members of new government, with a few exceptions, to wear ties.

In Greece, the “no-ties” in power.

I am looking forward to an enraged announcement from the New Democracy party press office, as Tsipras went to be sworn in without a tie. [ND had previously published an announcement complaining about the prime minister's lack of religious oath]

What a decadence! Tsipras sworn in as prime minister with political oath and without a tie. Where does this country go?

In fact, Italian Prime Minister Matteo Renzi, while meeting Alexis Tsipras, gifted him a tie. Greek Prime Minister had mentioned before that he will wear a tie only when a “haircut” in debt takes place.

With the new government pursuing its election promises after having won the popular mandate in the elections, much is sure to happen. As Twitter user @menacius pointed out:

Politics with Syriza has become more exciting even than House of Cards [TV series]!

Will the new government manage to achieve all it has promised? Time will tell. In the meantime, it seems that Greeks have gained back a little hope, dignity and optimism.