Leaving With the Hope of One Day Returning: A Dominican Man in Spain 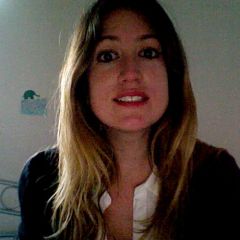 This is the first in a series of interviews exploring the experiences of Latin Americans who leave their country of origin seeking new and different opportunities. In this post, Ana Hernández talks to Jesús Antonio García, a businessman from Dominican Republic living in Spain. This interview was originally posted on Ana's blog and the Spanish online newspaper El Crisol de Ciudad Real.

Low-rise and detached houses. Open skies, bright and clear. Crowded asphalt roads, very popular avenues; lots of stalls on the street. People buying, selling, screaming at the intersection of Duarte and Paris streets, where Enrique Iglesias’ dancers performed a while ago for his videoclip ‘Bailando‘, filmed in the heart of Santo Domingo.

Smells that mingle, making a difficult game of identification: ripe avocados, rice, beans and lots of veal. And 30 kilometers away, Boca Chica, a natural respite on the south coast of the island of Hispaniola. “The streets of the Dominican Republic's capital are too busy” says Jesus Antonio Garcia, from Santo Domingo, who lives in Ciudad Real in Spain, where he and his business are known as ‘Alfarero’ (potter).

Pottery requires at least two elements, the molder and the molded, “and I am of the latter because it is God who molds me,” says the 58-year-old, barely smiling but cheerful.

Jesus Antonio, a migrant who deals daily with the bureaucratic measures and the procedures alien to his home country, talks now about Dominican Republic with a confidence that comes with being at a distance:

Like other presidents in Latin America, Danilo Medina is promoting small and medium businesses. The government funds and guarantees, and that’s good. Especially for tourism and trade, where investments stand out, strengths of the future of Dominican Republic.

“It's all about making things easier and providing opportunities”, explains the owner of ‘Alfarero’, where he has tried to include a little of the air that is breathed in his country.

My forte is selling Latin products, but I have a varied selection. Up to 20 different services 24 hours without interruption. Photocopies, fax, Internet, telephone booth, money transfers, and package shipping.

Although Jesus Antonio states that he very much longs for his country, he recognizes that he is fine in Spain:

At first I slept on the street, always in parks, but without fear because when you have nothing you're not afraid. Then things got better. With a lot of will, a little help from my sister, clear goals, faith, courage and perseverance, you begin to achieve small things that lead to other bigger ones.

He considers himself to be an honest person, so he does not lie when he says that after having tried his luck in Spain, UK, Cuba, Venezuela and the United States, it's possible to improve, but never easy.

You can arrive with nothing and achieve something.

He speaks about Latin America from afar, but he ensures it is developing a lot: “Now is its time, the day-to-day is always changing and the movement keeps you alive”.

Jesus Antonio, who arrived in October, just like the hurricane season, has spent three years in Spain. He will leave come the fourth. He will return to retire from his businesses, “which requires a lot of sacrifice”. To rise again at dawn and earn enough for the day without pause until the evening, “when the party has already started”. And so, the Dominican ‘Alfarero’, from the Spanish town of Ciudad Real calmly explains:

I will return in order to be aware of all the changes, because one often does not perceive as much as when one arrives suddenly. Because of that, and because one always comes back to what has been.