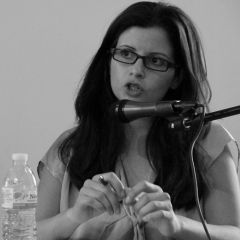 Je suis Charlie Sheen. One of the many memes which surfaced online after the attack on Charlie Hebdo in Paris earlier this month.

When criticizing something becomes banal, people turn to sarcasm, and the Internet accelerates this process profoundly. Earlier this month, many Internet users responded to images of world leaders at the Paris march against terrorism with a wave of criticism and memes meant to convey their feelings of anger, frustration, and distrust.

The participation of more than 40 world leaders took place in an area separated from ordinary demonstrators. Many of the dignitaries in attendance came from states with their own human rights and terrorism problems. Add to this the public's rage following attacks on the satirical magazine Charlie Hebdo and a kosher supermarket, which claimed the lives of 17 people, and it's not hard to understand why the atmosphere online has become tense indeed. Here try to swallow this satire. The missing faces in today #ParisMarch pic.twitter.com/qNyZhoaaDT

Writing on Facebook, Ziad Khilleh shares a bit of Syrian humor, suggesting that the only legitimate marches from a Syrian official perspective are presumably those glorifying Syrian dictator Bashar Al Assad. What other marches could even be possible, even in Paris, after all? ​Ziad Khilleh shared on Facebook. We love you, Bashar! The fact that many of these leaders are themselves suspected of committing acts of terror and other various crimes wasn't lost on Internet users. “​Definition of Hypocrisy” and infographics. Shared by @carlosezln and others on twitter. (Shared anonymously online.) Muhammad Khalid shared this on Facebook. March against Terror?

In zoomed-out photographs of the Paris march and the world leaders’ procession, the separation between the politicians and the ordinary people was quite prominent: Were politicians to catch wind of these memes inspired by their Paris march “participation,” it's anybody's guess what they might think.