Once Again, Mexicans Will Have a Starring Role at the Oscars

For the second consecutive year, Mexican filmmakers will have a leading role in the awards ceremony of the Academy of Motion Picture Arts and Sciences, better known as the Oscars. Alejandro González Iñárritu, director of Birdman, leads the group. Last year, that role was taken by Alfonso Cuarón, also Mexican, who directed the acclaimed film Gravity.

González Iñárritu is nominated not only for his work as director, but also as screenwriter. Martín Hernández competes for the statuette for sound editing of the same film, also known as The Unexpected Virtue of Ignorance or La inesperada virtud de la ignorancia. Emmanuel Lubezki (alias “El Chivo”) competes in the category of Best Cinematography. A year ago, he won the award for Gravity.

It is unusual that the Oscars acknowledge the participation of Mexicans in several films. While it is true that in 2014 Cuarón and Lubezki reminded the Academy and the moviegoing public about the potential and talent of filmmakers to the south of the US border, on other occasions that talent has gone unnoticed.

This does not imply that González Iñárritu is a new name to the list of Oscar nominees. In 2007, “El Negro”, as he is known, was considered for the award for Best Director for Babel, but he did not win.

Meanwhile, The Reaper or La Parka, produced by Centro de Capacitación Cinematográfica, A.C., is competing for the Oscar for Best Documentary Short. This work was written and directed by Gabriel Serra Argüello.

Unlike Birdman or Gravity, La Parka is a Mexican production, while the former are produced by international companies. The producers of La Parka announced the nomination on Twitter:

Here you can watch the trailer for #LaParka, nominated for an Oscar for Best Documentary Short. Produced by @CCCMexico https://t.co/7fWHohHJb3

From Nicaragua, people have shown support for this short film:

Martín Hernández received the news of his nomination while broadcasting his radio show “Asi las cosas”, and this is how his colleagues reacted:

The eighty-seventh annual Academy Awards will take place on February 22, 2015 at the Dolby Theatre in Los Angeles, California. Birdman competes with several other successful films, including The Imitation Game, Selma (based on the activism of Martin Luther King Jr.) and The Theory of Everything (adapted from a book about the love life of Prof. Stephen Hawking), in addition to The Grand Budapest Hotel, Boyhood, American Sniper and Whiplash. Dolby Theatre at the Hollywood & Highland Center.          Picture by the author.

González Iñárritu, meanwhile, vies for the Best Director honor against American filmmakers like Wes Anderson (The Grand Budapest Hotel), Richard Linklater (Boyhood), Bennett Miller (Foxcatcher) and the Norwegian Morten Tyldum (The Imitation Game), who will all hope to bring home the award. As can be expected, it won’t be an easy competition for the Mexican. 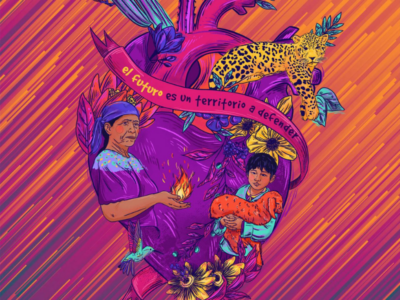