ISIS have made a boy who calls himself Abdullah the star of two of their propaganda videos. Image from the first video widely shared.

On January 13, Al Hayat, the media arm of the self-styled Islamic State (often referred to in media as ISIS) published a video in which two men supposedly confess to their interrogators that they are undercover agents of the FSB (Russia's Federal Security Service) sent to penetrate the radicals’ camps in Syria. The two men are subsequently shot dead by a young boy.

Online, Internet users have argued over whether the video is genuine or in some way staged.

The child who executes the men towards the end of the video appears to be the same child that referred to himself as Abdullah from Kazakhstan in a previous Al Hayat release, a fact the makers of the video reinforce with an eery flashback to that footage as the camera fades to black.

The video, which is shot in Russian with subtitles in English and Arabic, begins with a condemnation of the apparent attempts of Russian spies to penetrate ISIS strongholds:

After the Khilahaf [Caliphate] had become a land of hijrah [pilgrimage of the prophet Muhammad] and jihad [holy war], its enemies thought they could dispatch spies and agents to plot against the Islamic state, but Allah disgraced their efforts and thwarted their plans. The following presentation is a portion of confessions of two agents recruited by Russian intelligence.

The first of the two alleged agents, Jambulat Mamayev, claims to be a Kazakh national working for the FSB. The footage of the interview with Mamayev has sound gaps in those moments, which seem to be of most importance. Mamayev can not be heard saying the name of the person — presumably from the ISIS — that he was supposed to get close to in his mission. He does not mention the name of his FSB handlers:

My mission was to come to Sham [Syria] and get close to (—) and inform the FSB about it. And also gather information about fighters from Russia and send the information to Russia.

The second interviewee, Sergei Ashirov mentions a handler called Ildar and notes his brief was to “work against Muslims,” despite identifying as a former Muslim himself. Finally he begs others not to do the same in halting Russian:

And I want to direct my message to those who want to come here and spy. I say to them, repent to Allah now before it's too late.

Eliot Higgins, founder of the Brown Moses blog initially cast doubt on the authenticity of the shooting:

Watched that new ISIS video frame by frame but I don't see an impact nor any blood.

Before changing his mind:

There does appear to be some blood coming out the the 2nd victims nose just as it fades to black, so it could be genuine (unfortunately) — Eliot Higgins (@EliotHiggins) January 13, 2015

@EliotHiggins If they are so keen to show that a child did this, why the tricky camera angles and edits. Why not just go for it?

Comments below the video uploaded anonymously on vid.me were of a similar questioning essence, albeit in the coarse tone associated with video-sharing websites:

hey losers, that kick was so non-existent it wasn't even a blank. there is no way that kid can fire that gun and keep the tip down without a recoil. FUCKING FAKE! will somebody please fire this pathetic Turkish film company? damn! They always do this

All eyes on Russia and Kazakhstan

Recently Russian President Vladimir Putin has been talking up the ISIS threat and has been supportive of Syrian President Bashar al-Assad, who ISIS opposes, in the past. But many believe that Russia is not nearly as concerned with the ISIS threat as it makes out, and is instead fear-mongering among former Soviet states to consolidate its influence there. The Kremlin's response to the footage — if any — will be worth watching.

What Kazakhstan will make of the video is another matter. Having suffered the initial embarrasment of ISIS showing Kazakh children training in extremist camps, Astana must now counter the notion that one of its nationals has been caught trying to infiltrate those same camps while working for the secret service of another country.

If Kazakh President Nursultan Nazarbayev was familiar with Internet slang, he might accuse the radical group of ‘trolling’ his country.

UPDATE 08.50 GMT, JANUARY 14:  A man sharing the name and likeness of Sergey Ashimov — but sporting a beard — has profiles on both Facebook and the Russian social network VKontakte.

His second Facebook name, Abdullah ibn Nikolai, denoted in brackets, sounds like the name Ashimov mentioned in in the video. Ashimov's profile appears to have been dormant since 2011, a date predating the rise to prominence of ISIS. On his profile, Ashimov writes (November, 2010):

He also discloses that he would like to start a business but is in significant debt. He registers his city of birth as Kazan, the capital of Russia's semiautonomous federation of Tatarstan. His profile photo is a young boy kissing what appears to be the Koran. Other images include a human face with a balaclava seemingly superimposed and another graphic captioned ‘In Turkey [during] Ramadan’.

As of 2013 Ashimov appears to be using the Russian social network VKontakte to advertise a service transporting cars between Tartastan and Asia.

Global Voices could not find specific information about the man in the video that claims to be Jambulat Mamayev. 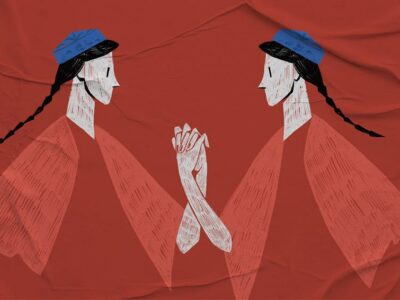 Carving a path for LGBTQ+ people through shame, homophobic violence, and bans