Panamá Calls for Reconciliation, 25 Years After US Invasion Panamá is beginning a process of national reconciliation to heal the wounds left 25 years ago by a US invasion, an event that pits supporters of a military action that officially claimed the lives of 500 people (though human rights organizations put the figure at several thousand) against those who say Panamanians must be compensated.

On December 20, 1989, the United States launched “Operation Just Cause” to execute an arrest warrant against Panamanian dictator Manuel Noriega, once a close US ally, whom a Miami court formally indicted on charges of drug trafficking in 1988. During the operation, the US deployed aircraft and 24,000 troops equipped with highly sophisticated weaponry against a country with an army smaller than the New York City Police Department.

25 years ago today the new “sole superpower” US invaded Panama, killing more people than were killed on 9/11. http://t.co/Eorq4Byqv6

Last month, Panamá's President Juan Carlos Varela, the first Panamanian president to chair the tribute in honor of the victims of US military intervention, announced the national reconciliation campaign during the commemoration of the US invasion:

We have appointed Vice President and Foreign Minister Isabel de Saint Malo so that from this moment we start a serious effort and commitment by the state to national reconciliation and healing the wounds.

The announcement was received with mixed feelings. Many Panamanians have expressed a desire to move on from the nation’s troubled past, while others still condemn Noriega for nearly 100 unsolved murders and disappearances that occurred during his rule.

yesterday was 25 yr anniversary of operation “Just Cause,” US invasion to restore democracy to #Panama and keep the canal away from Noriega.

That said, the invasion of Panamá left an irrevocable mark on the psyche of the Panamanian people. Some demand a day of national mourning, noting the fact that US has neither issued an apology for the invasion, nor revealed the location of the common graves of those killed by US soldiers.

#LRT: Panama invasion is one of the most senseless and ruthless invasions in US history, even if not as grand in scale

The humiliation of the country is a page that cannot be turned. Twenty-five years is too long. We owe the country a response to the bitter question before the invader that still stands and haunts us: How many died in the invasion of Panama? The volatilized bodies can not be recovered, but we can find the people who were thrown into mass graves. How many are there? Who are they and where are they? The victims can not be left in the fog and oblivion. 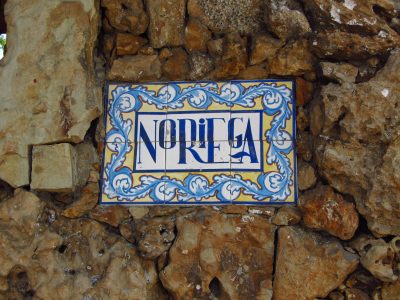