Language Revitalization in Oklahoma and Texas: 2014 Year in Review

Rising Voices note: The following is a guest post by Colleen Fitzgerald, Director of the 2014 Institute on Collaborative Language Research at the University of Texas at Arlington.

National Geographic’s Enduring Voices project describes Oklahoma a linguistic hotspot, having the highest density of indigenous languages in the United States, with 39 tribal languages associated with the state. Nearby Texas has three federally recognized tribes, but historically, many more indigenous tribes made their home here. Spanish missions and military campaigns against tribes in the region, and the greater American West, changed the indigenous settlement patterns.

Federal policies like Manifest Destiny drove American settlers to push westward from the eastern United States, dislocating and often forcibly removing indigenous tribes from their aboriginal homelands. So-called ‘Indian Territory,’ which eventually became what is now known as Oklahoma, became a landing site for many of these displaced communities. Later, in the 1950s, a federal relocation program moved many American Indians into Dallas-Fort Worth and other cities. Today, Oklahoma and Texas constitute a hotbed of linguistic revitalization and language documentation, with a plethora of training opportunities and collaborations for its many indigenous communities.

The Native American Languages Lab at the University of Texas at Arlington is located in the Dallas-Fort Worth Metroplex, a short drive from the Oklahoma state border. Our 2014 year-end activity summary includes:

We are particularly proud of our local impact, with at least 20 of the different tribes in Oklahoma and two of the three federally recognized tribes in Texas having at least one representative coming to one of our events.

While several tribal language programs are perennial ‘players’ – the Choctaw, the Chickasaw, the Sac and Fox, the Cherokee – 2014 put other programs on our radar.

One of these is the Cheyenne and Arapaho Tribes Language Program. Master Teacher Joyce Twins is a twenty-year veteran of teaching Cheyenne who has long been involved in Oklahoma language workshops, including the Oklahoma Breath of Life Workshop in 2012. Under the helm of Director Rebecca Risenhoover, the program has expanded to a staff of nine.

They sent two people to UT Arlington for our ‘Talking Dictionaries for Indigenous Languages,’ and brought eight staff members to Ada, Oklahoma for the ‘Living Your Language Workshop.’ With a presence on YouTube, Facebook and Twitter, they advertise their community language courses and post teaching videos in both Cheyenne and Arapaho languages.

Also on the upswing is the Seminole Nation of Oklahoma's language program, which has gained national press for their newly established and growing immersion school. As part of a prestigious Administration for Native American grant, they have been building a Maskoke (Creek) immersion language curriculum modeled after the Lakota second language curriculum. With two fluent expert speakers in the program, the program does group Master-Apprentice language lessons for staff, community language outreach, and a host of other activities in addition to their work to create the next generation of Maskoke speakers from their youngest tribal citizens. We worked with Director Jeremiah Maylen to host them at UT Arlington for an educational panel, “Bringing Native American Language into Classrooms/the Nak-kerretv Ohhayetv Project.”

The Alabama-Coushatta Tribe of Texas is also renewing its interest in language activities. The reservation is located in densest portion of the ‘Piney Woods’ part of the eastern Texas, known as the Big Thicket region. Alabama and Coushatta represent two distinct, but related tribes and languages. Alabama is spoken nowhere else except Texas.

This summer, UT Arlington hosted a major international language documentation and revitalization workshop, CoLang 2014 (the Institute on Collaborative Language Research). The first two weeks were short workshops taught by a variety of people, and the final month was a type of practicum experience, where participants learned how to apply their newly-acquired skills in field methods by working with a speaker or two of an endangered language, under the guidance of an experienced field linguist. CoLang brings in academic linguists (the Linguistic Society of America is a co-sponsor) and community language activists. I directed one of these classes, with Alabama speaker Jonelle Battise sharing her knowledge of her language. Because Jonelle's parents did not permit English in the home, she and her brothers make up the youngest generation of Alabama speakers. By coincidence, the Tribe was about to hold a Cultural Camp in July, and her mother Beryl Battise would be doing a language session. Several of us put together Alabama materials for the camp. These include a beautiful memory card game, a practical phrase book for use between parents and children in the home, and a subtitled movie and bilingual book made from a spontaneous short story, everything with audio. The materials were a big hit and we just made another batch for a language camp in January. We're also sharing these ideas and projects at the biggest national annual meeting of academic linguists in the United States.

Our region has much to offer in terms of inspiring stories and language heroes, and the sparks from 2014 already suggest that 2014 will continue to offer encouraging examples for Native American languages in Texas, Oklahoma and beyond. 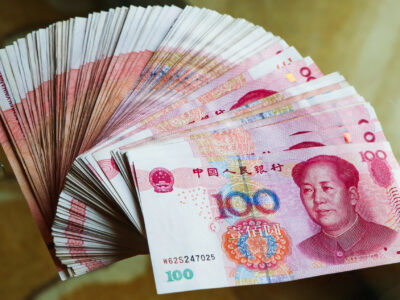