Can Women Be Sexy and Hold Public Office in Jamaica?

Post Reggae marathon quick dip this morning. Congrats to Jamdammers Sonic Steppers my Spartan Crew Lime and all the other individuals from yard and abroad. Over 35 different countries came to our shores it was Awesome and such a beautiful event and flawless event. See you next year big shout outs to @patricebarstogo @jahtoworks @leancleanjamaica #welldoneeveryone #reggaemarathon #negril #jamaica #lisahanna PHOTOCREDIT to Alexander Panton caught me @flypanton and no I didn't run today

Lisa Hanna, Jamaica's minister of youth and culture, has barely had time to recover from the response to her heated Instagram exchange with Reggae artiste Chronixx when social media users are up in arms again — this time over a photograph she posted of herself wearing a bikini on the beach.

Many people felt that it was inappropriate for Hanna, who won the Miss World title in 1993, to post such a picture, given the high-profile political office she now holds. One Facebook user, Neo Makeba, thought that Hanna was setting a bad example for children:

I think there needs to be some measure of restraint on her part, because she is responsible for driving policy on youth and CHILDREN. Now, I think she should take the photo off for that reason. Jamaica is an over-sexualised country with the type of tourism that makes our hair stand on the back of our necks in some cases, the nasty lyrics degrading women and young females and the whole permissiveness that has rapidly taken over our country. Lisa Hanna should appear to be a modest, dignified women with the image of someone who is SERIOUS […] Somehow, she does not realise there are very impressionable young people and showing her ‘assets’ like this is definitely NOT APPROPRIATE!!

Garnett Greene felt she should have toned it down:

Now I will say that a more modest swimsuit would have been more appropriate, considering that she is a minister of government, particularly one who champions the causes of young ladies victimized by sexual predators. Now if she were home in hew own swimming pool, then yes…wear what you like.

You can't have a normal balance… she is the minister of youth and CULTURE and happens to be a gorgeous one and a former Miss Jamaica WORLD on top of it, through no fault of her own, a nuh she tell God fi mek her beautiful! What is more associated with Jamaican CULTURE than BOB MARLEY, BEACH, AND BEAUTIFUL WOMAN?

A Letter to the Editor of the Jamaica Gleaner echoed this sentiment. The writer, Brian-Paul Welsh, referenced the “iconic 1970s Jamaica Tourist Board advertisement” in which model Sintra Arunte-Bronte wore a clingy wet T-shirt emblazoned with the word “Jamaica”, making the point that Hanna's bikini and T-shirt combination sparked a similar “firestorm of controversy among the faux modest and the sexually repressed”. Tongue firmly in cheek, Welsh said:

This could be remedied if we simply made burqas mandatory outerwear for females in public places. This might seem drastic, but it is perhaps the only way to stop hips and thighs from invading our imaginations. Women, give them an inch and they take it all off.

Some members of the Twitterati […] wish that Ms Hanna would pack her Gucci bags and go, taking her toned abdominals, gorgeous face, perfectly coiffed tresses, and stunning smile with her!

For she has committed the ultimate sin: outdressing most women and being alluring to most men.

In defence of Twitter users, some did not see what the big deal was:

Who exactly is in an uproar about Lisa Hanna's pics? No-one I know has said anything bad, nor do they care. What's the noise about?

Another wondered if the swimsuit picture was a ploy to distract from other political shenanigans:

Back on Facebook, Raggie Wynter turned the “inappropriate” argument on its head:

Lisa Hanna was inappropriately dressed! She has no business being on a beach in a t-shirt… a body like that shouldn't be covered with so much clothes

Humour aside, veteran journalist Dionne Jackson Miller felt that if Hanna was going to be scrutinised, it should be over more substantive issues:

Here’s the thing. I’m far more concerned with the plans and policies emanating from Miss Hanna’s Ministry than anything I’ve ever seen her wear. During this year alone, Miss Hanna and her Ministry have been in the news over what appeared to have been bungled attempts to get rid of  Permanent Secretary Sydney Bartley (who’s taken the matter to court); the dismissal of the Director of Cultural Dahlia Harris, a dispute with Rastafarians over lands at Pinnacle; a sex education programme implemented by human rights group Jamaicans for Justice in some children’s homes; and her revelation of the decision of one children’s home to discontinue its residential programme, among other matters.

She raised in her budget presentation some of her portfolio issues that warrant more attention than we’ve given them: missing children, job training for young people, the nomination of the Blue/John Crow Mountains to the World Heritage List, and a proposal for the establishment of a Therapeutic Centre for abused children.

The discussion around Hanna is, in part, a reflection of the conservative nature of Caribbean society, particularly with regards to matters of sexuality. Adding fuel to the fire may be the fact that relatively few women have held high public office in the region, although both Jamaica and Trinidad and Tobago currently have female prime ministers. As some of the social media comments indicate however, attitudes may be changing.

Social media itself, as a vehicle for communication, must also not be discounted as a contributor to the controversy. Perhaps part of the issue is the reasoning behind Hanna's decision to post the photograph in the first place, which speaks to Jamaican netizens’ idea of proper social media etiquette and the way in which people perceive Hanna's political role, rather than the fact that a government minister was looking good in a bikini. 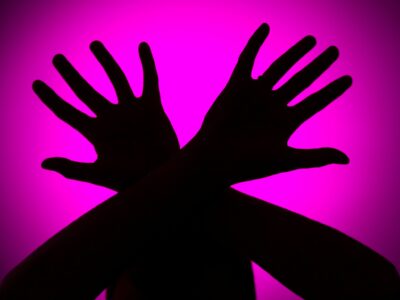 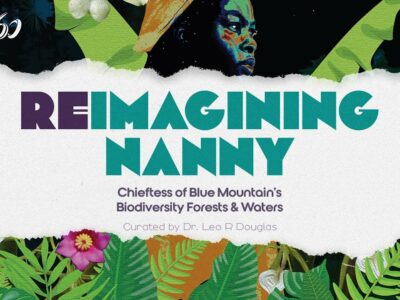