Global Voices Contributor Thalia Rahme, ‘a Mix of Everything’ 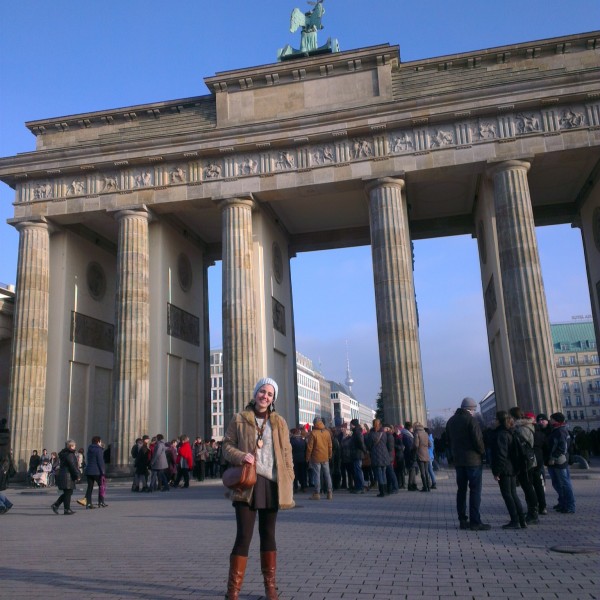 I do not have the pleasure of ever having meet Global Voices’ volunteer Thalia Rahme in person. But it just so happens that she considers GV French Translation Manager Claire Ulrich, who is one of my oldest and appreciated friends at GV, as a kind of a foster mother, so I can consider her as a niece then!

And a what a fantastic niece she is. I spoke with Thalia to get to know her a bit more. Take a look at the interview below.

Juan Arellano (JA): Tell us about yourself.

Thalia Rhame (TR): I am the eldest of 2 girls and a boy :) Aries by horoscope, I live in Beirut – Lebanon, single hahah. I majored in anthropology and I am currently a communication officer on a regional programme in an international NGO. Soon jobless as my contract is ending in December .. hint, hint. A Gver since 2011, I'm someone very eclectic with no particular choice in clothes, food, style in guys (lol) or anything, and that is also extending recently to politics and social issues … I love travelling, airports and train stations :). Maybe that video produced during a workshop on digital storytelling during the DW Global Media Forum could give you an idea of who I am: 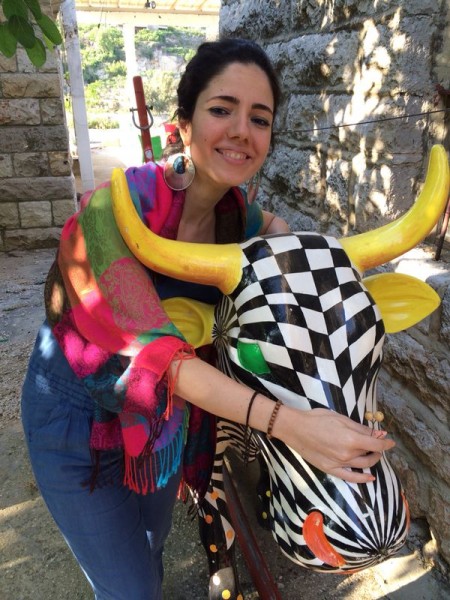 JA: Tell us a bit about the city you live in.

TR: Beirut es como yo, a mix of everything, hyper, with contradictions and oppositions, open. Some people prefer mountains and calm but I am a very urban person, I can't sleep if windows and doors are not open. I need to hear car horns every day, otherwise I would feel something is missing. Beirut has multiple identities in a way like me as well, speaks many languages. A very eclectic city. It has been demolished 7 times due to terremotos [earthquakes] and later on the civil war and yet it is still here as alive as ever :). I think foreigners love Beirut as they feel home … its a very comfortable city, for many its very expensive as well. Very polluted but I don't care much … when you love something you accept, and despite what people say … Beirut is very safe in many ways. And sorry to repeat the damn cliche but you can really find someone in mini-jupe [miniskirt] walking along side with someone in full veil.

JA: You speak a lot of languages, How did you learn them all?

TR: Bueno, as Lebanese I don't think I have much credit in that. Most of us already speak 3 languages (Arabic, French and English). Now as a child, I was born in a not so wealthy family if one can say, and so the only way for me to escape was in the beginning to read, and read as I couldn't afford plane tickets. At school I got the opportunity to study Spanish for my French Baccalaureate … which is relatively easy if you know French. Later on, “Samarcande” by Amine Maalouf, made me fell in love with the poetry of Omar Khayam and I promised myself that one day I will read his “Roba'iyat” in their original language …and since Farsi is close to Arabic that was a bit easy for me (though I am still at the very early stages learning … and due to lack of time, I often have to resume the courses).

I have some notions of Turkish because of the Turkish movies wave that downed the world :) so instead of watching the dubbed versions … I would seek the original with subtitles (no matter how lousy the translation was), besides I fell in love with Turkish songs which melody and rhythm is oriental. And finally I've just started learning German (don't ask me why lol). I do not describe myself as a polyglot rather as someone who can manage Turkish is connected to Arabic and Farsi … German to both French and English, and in a way, so far the languages I command even if a bit, are all related in a way or in another … so in a way I'm not doing much effort. I would have to challenge myself in a language with a completely different alphabet or structure to be able to say I am gifted. I don't know, Chinese maybe, Bangla, or some indigenous language? Quechua? Welsh? I am open to any suggestion.

JA: Now, let´s talk about Global Voices. Our community is evolving and some things are changing. What would you prefer remains the same and what changes do you like?

TR: I am not sure if GV wants to change or if this change is imposed by a number of external as much as internal elements. The community is much larger than before (since the days GV started) but what is sure is that before, GV used to be a precursor or a pioneer in conveying the opinion of bloggers, citizen journalists, netizens … later on, this idea was replicated by all. So in a way or in another, GV has lost its singularity.

We have tried the tendency “Huffington Post” style through the section we innovated “The Bridge“, and I am curious to know the result of such an experiment in GV. For me, what is important is the GV community, the GV family … it doesn't really matter if we are like others or if others are like us. This is the strength of GV… as long as the info we're conveying is accurate, the rest doesn't matter and that is what should be felt in our posts.

It is true that we are transmitting others opinion which is on Twitter, blogs or god knows in the future which medium … the medium or media doesn't matter, it is the opinion in itself that matters. But in addition to these opinions, when I read a post of Claire Ulrich for instance or even a translation, I can really feel the specific style of Claire … When you read a post of any author or contributor, you should with your eyes closed, identify this author or translator.

The new tendency is a much stronger activism but without color. And this is where GV can differentiate itself. Nuestros colores y olores :) Our colors and smells… and through projects like Rising Voices…