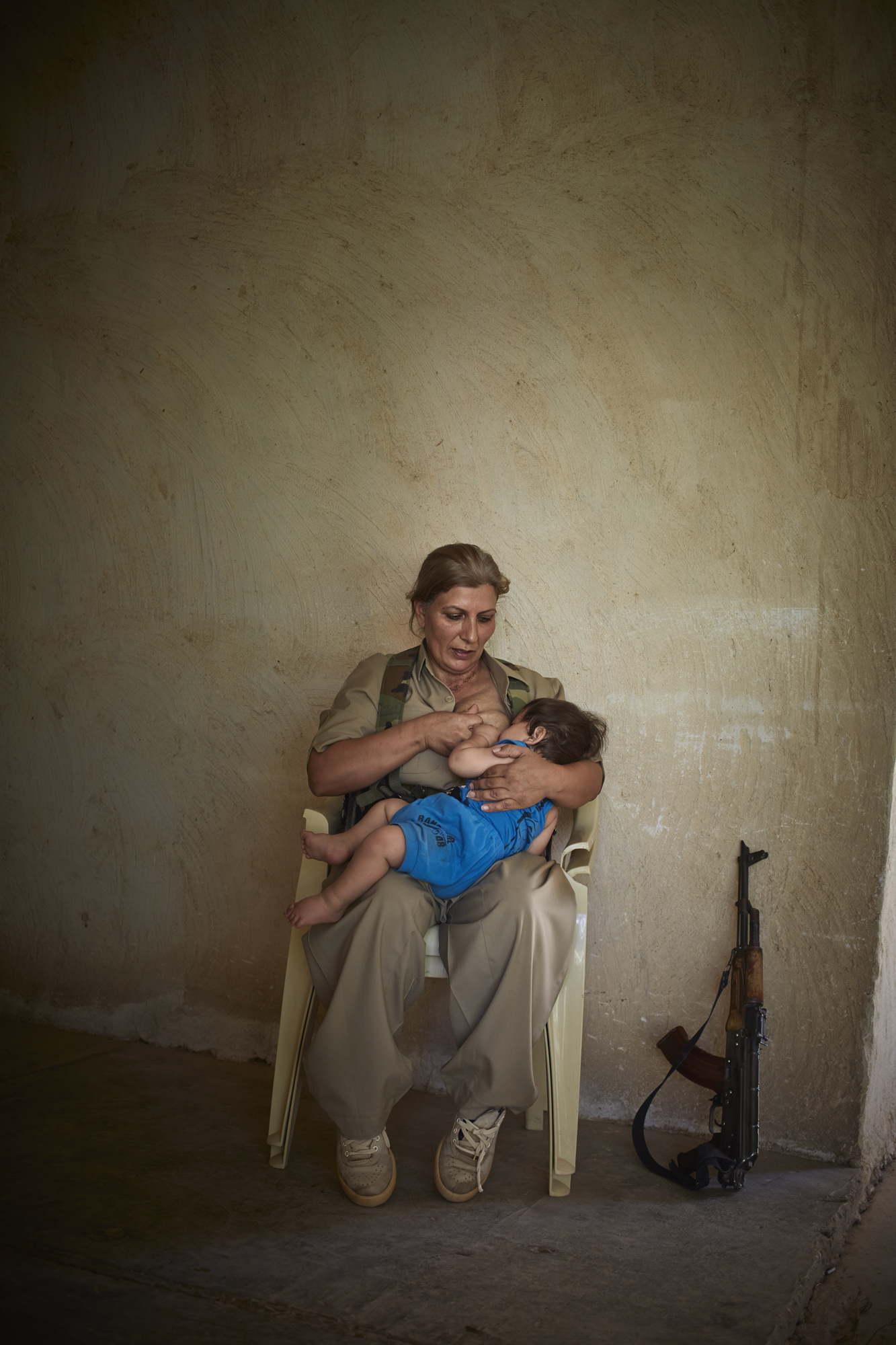 Kurdish media outlets are abuzz with a photograph of a Peshmerga woman, sitting beside an automatic weapon, breastfeeding her child. The picture has been widely distributed on social networking sites, highlighting the strength of Kurdish women and the resilience of female combatants in the ongoing fight against ISIS.

In contrast to the contentiousness of breastfeeding in many Western countries (most recently [2] in the United Kingdom), Kurdish media outlets have largely welcomed this Peshmerga woman breastfeeding her child, celebrating how the photograph captures her dual roles as a “warrior” and a “nurturer”.

Kurdish Internet users have also praised the Peshmerga woman, whose identity remains unknown. Kemal Taher [3] from Erbil remarked, “I don’t know what to say about this lioness of Kurdistan, wishing them success on the battlefield, May God protect you all”. Shakar Sndy [3] from Sulaymaniyah said, “An example that we’re proud of”.