Zone9 members together in Addis Ababa, 2012. Photo used with permission.

The international human rights system is broken – or perhaps it never worked at all.

In case after case, citizens’ human rights are violated under the national laws of their respective countries, despite the existence of international human rights commitments in the United Nations’ Universal Declaration, and by the Organization for Security and Cooperation in Europe, the Organization of American States, the African Commission, and others. The International Criminal Court has little say concerning any but the most egregious of international human rights violations, and member states have wide latitude to dispense justice as they see fit.

For those who live in countries that fail to provide or enforce their own laws protecting freedom of expression, international principles have rarely provided actual recourse. Today, this is the case with the independent Ethiopian blogger collective known as Zone9.

In April of this year, the government of Ethiopia arrested six members of Zone9 along with three affiliated journalists in Addis Ababa. They were held for months without a formal charge and were denied the ability to communicate. Testimony from Befeqadu Hailu, one of the accused bloggers who was smuggled out of prison in August, as well as statements in court, allege mistreatment and frequent beatings. Informally, the nine were held on accusations of “working with foreign organizations that claim to be human rights activists and…receiving finance to incite public violence through social media.”

In July, the Zone9 prisoners were charged under Ethiopia’s Anti-Terrorism Proclamation of 2009 for receiving support from political opposition organizations, defined formally by the government as terrorists, and receiving training from international activists in email encryption and data security from the Tactical Technology Collective, a group that helps journalists and activists protect themselves from digital surveillance.

The Zone9 bloggers joined other media outlets targeted under similar laws, including Eskinder Nega, who had reported on recent Arab uprisings and the possibility of similar uprisings taking place in Ethiopia. He was arrested and charged with the “planning, preparation, conspiracy, incitement and attempt” of terrorism and sentenced to 18 years in prison.

International appeals from human rights advocacy organizations have had little effect on the case. In May, UN High Commissioner for Human Rights Navi Pillay issued a statement explaining,

The fight against terrorism cannot serve as an excuse to intimidate and silence journalists, bloggers, human rights activists and members of civil society organizations. And working with foreign human rights organizations cannot be considered a crime.

Additionally, seven international human rights and press freedom organizations pressed the African Commission and the United Nations in an urgent appeal to intervene in the case against Zone9. The appeal focused on the lack of clear charges and failure to allow the defendants adequate legal representation.

Nani Jansen, a lawyer for the Media Legal Defence Initiative and the lead signatory in the appeal, writes in an email that both the African Commission and the UN “operate under the cover of confidentiality in the early stages of these matters.” She continues:

When they follow up with a Government, this is done without informing the outside world. Only months and months (often over a year) later, these exchanges with a Government get published in the mechanism's report to its supervisory body.

Thus any intervention joins the rest of those in the cone of silence that is Zone9—hidden from public scrutiny or participation.

Even if these bodies do follow up with the Ethiopian government, their recourse is limited. In an article on the urgent appeal, Jansen notes that the African Commission can condemn the arrests in a resolution, that both organizations’ rapporteurs can request official visits to Ethiopia to investigate, and that Ethiopia, as a member of the UN Human Rights Council, would be obligated to honor such a request. But even should such requests be made, and investigations conducted, there is little chance of enforcement of hypothetical findings on the Ethiopian government.

Since the appeal, the Ethiopian government has proceeded with charges against the accused. The latest details on the trial can be found on the Trial Tracker Blog, a site run by people close to the defendants.

Public attempts to highlight the Ethiopian government's transgressions against human rights such as the #Freezone9bloggers social media campaign have an indirect effect. They seek to shame the Ethiopian government to ensure better treatment for the prisoners. They also seek to pressure international organizations and Ethiopia's allies such as the United States, for whom Ethiopia is a critical military and security partner. The hope is that those organizations will in turn apply political pressure on Ethiopia to free the Zone9 defendants.

The implementation of international commitments seems to rest primarily upon a negotiated process of politics, not a functioning and enforceable system of law. Considering the ease with which national law in Ethiopia is employed or ignored for political ends, it is a grim irony that only political pressure can hope to resolve the case in their favor. 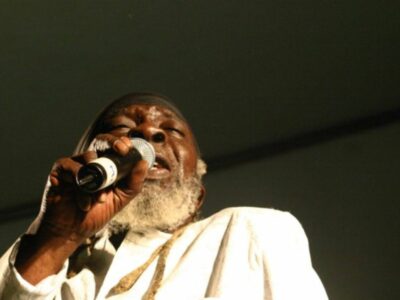