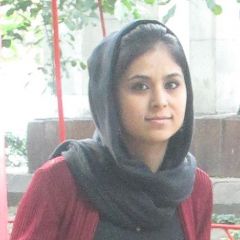 Rezagul, pictured here with her daughter Fatima, has become a symbol of the struggle against the Taliban. Video uploaded onto Youtube by the user Afghanistan Wish.

When a woman in Afghanistan's western province of Farah lost her son to a Taliban attack on a police checkpoint earlier this week, she took matters — and an AK-47 — into her own hands. Having all but destroyed the Taliban detachment with round upon round of machine gun fire, the woman is now being hailed as a “symbol of courage” on Afghan social networks

On Monday 24 November, Afghanistan's Tolo News reported that an Afghan mother, aided by her family members, had killed a slew of militants and injured several others after watching her policeman son die  when the Taliban launched a surprise assault on the police checkpoint near where she lives.

The woman, identified by her first name, Rezagul, said:

It was around 5 a.m. when my son's check point came under attack by the Taliban. When the fighting intensified, I couldn't stop myself and picked up a weapon. I went to the checkpoint and began shooting back.

[Rezagul] was supported by her daughter and daughter-in-law during the gun battle which lasted for almost 7 hours and left at least 25 Taliban militants dead and five others injured.

We started a kind of family war against the Taliban, and I was personally preparing bullets for my father [Abdul Satar, also a policeman] and mother to fight off the enemies.

There is some confusion over how many Taliban Rezagul personally shot dead. RFER/L's Afghan Service reported the figure as ten, also citing Rezagul. It is probable the larger number credited to her in Afghan outlets and the Daily Mail refers to the total number of militants that died in the shootout as a whole. Farah's police chief Abdul Razzaq Yaqoobi verified the death of 25 militants in the checkpoint battle and added:

We are proud of the bravery of this family and this is a tale that will be remembered for long by police and residents of Farah province.

Ever since the news was reported, Afghan social media networks have been flooded with praise for Rezagul.

Sediq Sediqqi, spokesman for the Ministry of Interior tweeted:

The armed campaign by women against the Taliban militants is a symbol of a major revolution and public uprising against the group.

Lina Rozbih Haidari, an anchor at Voice of America's Afghan service, wrote in her Facebook:

If Kurdish girls can defend their nation [from ISIS], then today i can proudly say that we have Rezaguls in my homeland who can give us back the honour that has been violated for many years.

@ashrafghani Dont you think Rezagul deserves G.A medal for her courage & her loss probably more than all those useless politicians #RezaGul

One tweep even joked that Rezagul should become the country's Minister of Defence.

Gender relations are highly politicised in Afghanistan, but Rezagul's assault on the Taliban appears to have pleased both conservatives that conceive of women mainly as bearers of family honour, and advocates of gender equality, who see her actions as a powerful disproof of the traditional notion that women are weaker than men.

The video of #Rezagul #Afghanmother who killed 25 Taliban fighters is going viral. Refered to as #hero. A mothers patience put in to test.