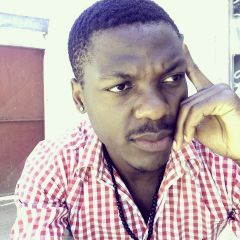 Some renowned journalists in Mozambique have accounts on various social networks, but they do not believe in their potential to influence decision-making, government action or social participation among others. However, the government itself has recognised their utility by creating accounts on social networks such as Twitter, Facebook, Instagram and Whatsapp. Here are three recent examples where social networks have knocked on the door of accountability and governance in Mozambique.

1. In November 2013, a letter by Carlos Nuno Castel-Branco circulated on Facebook criticising the method of government used by Armando Emílio Guebuza, President of the Republic of Mozambique. As a result, the author of the letter was summoned to testify before the Attorney General on May 26, 2014.

2. When the Confederation of Economic Associations (CTA) offered a Mercedes Benz S350 to the President of the Republic, José Jaime Macuane, a university lecturer at the Universidade Eduardo Mondlane, immediately wrote a post on Facebook explaining that the act violated the Public Probity Law. The issue made the headlines of various newspapers and was discussed all over the country for over a week, even once the Mercedes had been returned three days later.

3. To promote citizenship, transparency and active participation by citizens, Olho do Cidadão (Citizen's Eye), which is led by Fernanda Lobato and Tomás Queface, developed digital platform Txeka to allow citizens to participate directly in observing elections on October 15 via SMS, Facebook, Twitter, WhatsApp and email. This culminated in the creation of a situation room, comprising various civil society institutions and academicians, as well as a partnership with STV – an independent television channel – which hosted the broadest real-time coverage of the event, using the information sent by citizens via the Txeka channels.

In spite of the fact that in Mozambique, just 4.3% of the population has access to the Internet, the citizen reporter's perspective is valid and useful. Debates on social networks can influence government actions to a certain extent.

The author of this post, Uric Raul Mandiquisse, is a volunteer for Txeka and Olho do Cidadão.