Hollaback!'s '10 Hours’ Video: Is This How We Define Harassment? 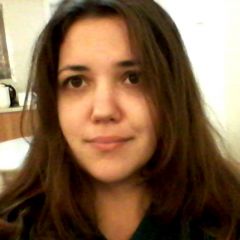 “10 Hours of Walking in NYC as a Woman,” YouTube screen capture.

If you're a regular Internet user, there's a good chance you came across the viral video “10 Hours of Walking in NYC as a Woman.” The clip, which is the work of Hollaback!, a movement against street harrassment, features a young woman roaming the streets of New York City, encountering over 100 catcalls and various kinds of unwanted attention from random strangers in a single day. The video captures an experience familiar to women all over the world. The woman in the film is whistled at, catcalled, and even followed silently by one particularly insistent guy.

Internet users have hotly debated Hollaback!'s video. Many people writing on YouTube (generally men, it seems) are unsympathetic to the notion that the video depicts harassment. For this crowd, the catcalls in the video are mostly innocent compliments.

So..that's it? 2 minutes out of 10 hours of footage and the worst you got is some random guy trying to get your number and a couple of “unwanted compliments”.

Feminism is a hate crime. It makes idiots do stupid things like make this video.

Darryl Wayne implied that it was alarmist to describe the behavior in the video as harassment:

And why would she walk 10 hours, and where are the 100+ cases of harassment they're talking about. Winks and whistles aren't harassment.

For those who agree that catcalling amounts to harassment, Hollaback!'s video presents an opportunity to share their own experiences of feeling threatened when walking the streets alone.

In certain people's eyes it may seem that someone is complimenting a woman, but for most women who experience this its very, extremely uncomfortable, especially when someone decides that its ok to point out her ass, or her boobs. Gender hasn't been the only sensitive issue with the video. Some journalists and activists have pointed out that most of the men depicted in the video harassing women are black or Latino, raising concerns about racism. In response, Hollaback! said it “regret[s] the unintended racial bias in the editing of the video that over represents men of color,” and promised to correct the error in future projects.

Questions of equality are always a source of debate—especially when it comes to viral videos that attract more than 137,000 comments. Hollaback!'s “10 Hours of Walking” video was a tremendous viral success. For all the harassment captured in the film, however, the footage pales in comparison to the sexist commentary found below the video on YouTube today.