A new draft bill on e-commerce would grant new powers to CONATEL (Venezuela's National Telecommunications Commission) to block websites found in breach of the regulatory restrictions it stipulates.

The bill creates a series of new obligations for any individual or company who conducts business by electronic means, including the obligation to “deliver an electronic invoice” which shall comply with the formalities established by the SENIAT (the national tax authority), and “implement the use of electronic certificates” issued by a service provider of Electronic Certification accredited by the Superintendent of Electronic Certification Services. It requires that all e-commerce transactions passing through Venezuelan territory to be made in Bolivares (VEF), the national currency. For a country which is now in its eleventh year of a rigid foreign exchange control, the bill carries many ramifications for economic and online rights:

Article 60. Conatel may administratively, based on a conclusive report by National Superintendency for the Defense of Socio-Economic Rights, proceed to block foreign or national web sites providing goods or services in the Bolivarian Republic of Venezuela, when they do not meet the requirements of this Act, without prejudice to other administrative, civil and criminal penalties under the law and the current legal system.

Venezuelans are only allowed to perform a maximum of USD $300 worth of electronic transactions in foreign currency per year. The new law would place yet another restriction on economic and online freedoms within the country.

This particular bill is part of the so-called “economic war” that intends to fight “unfair pricing” of products, launched by the government in response to scarcity and inflation figures that soared to 63% this year according to official data from Venezuela's Central Bank. With goods like medicine and hygiene products often difficult to find in the traditional market, electronic commerce has been a lifeline for Venezuelans, allowing them to purchase products that are either unavailable or astronomically expensive. The new bill would allow authorities to block websites that attempt to sell goods by electronic means. The shelves in many stores have been empty throughout the year. Picture by S Figueroa via Wikimedia Commons (CC BY-SA 2.0)

Since the passing in 2010 of the Law of Social Responsibility for Radio, Television and Electronic Media, CONATEL has retained the legal authority to block websites that don't comply with a series of requirements regarding content. Last year, over 300 websites that provided information on the black market for foreign currency were blocked pursuant to an order given by President Nicolas Maduro. This year, that power has also been used to block news websites found to be in breach of the law, mobile-friendly communication products such as Zello, and circumvention tools like TunnelBear. 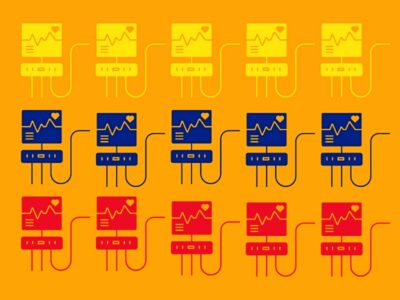