Screenshot of Yo-Kai Watch Anime, from the LEVEL 5 YouTube channel

Since its release a year ago, “Yo-Kai Watch,” a role-playing video game for Nintendo 3DS, has captured the imagination of children all over Japan. Inspired by the game, some fans have even taken to blaming the show's mischievous characters for anything bad or out of the ordinary that may happen in real life.

The game has turned into a hit anime series in Japan and seems destined to become another massive cultural export from the island country. The characters have been turning up everywhere — in online memes, on Halloween pumpkins and at McDonald's.

In Japanese culture, a yokai refers to any supernatural denizen of the spirit word, from ghosts to shape-shifting foxes. The “Yo-Kai Watch” anime is the perfect way to learn about the variety of spirits that haunt the Japanese psyche, as seen through the eyes of a young boy named Keita. According to Wikipedia:

A Yo-Kai… gives Keita a device known as the Yo-Kai Watch. Using this, Keita is able to identify and see various different Yo-Kai that are haunting people and causing mischief. Together, Keita and Whisper start making friends with all sorts of Yo-Kai, which he can summon to battle against more ill-intentioned Yo-Kai that happen to live in his town, haunting the residents and causing terrible trouble.

The anime features clever, catchy songs that themselves have become a pop-culture phenomenon themselves:

There are several reasons why “Yo-Kai Watch” has become so popular in Japan.

Level 5, the savvy game developer that created Yo-Kai Watch, has worked hard to savvily build a transmedia franchise for the game. By tying-in “Yo-Kai Watch” to a variety of media, from video games to anime and pop music, Level 5 has been able rely on multiple channels to market its product.

In September, the “Yo-Kai Watch” character trading cards made their debut as part of a McDonald's Happy Meal set, beating sales projections by 300 percent in the first five days.

I wondered why McDonald's was so crowded and I realized that it was because of those “Yo-Kai Watch” trading cards.

Many Twitter users have noticed the effect “Yo-Kai Watch” is having on popular culture:

There seems to be a sudden increase in children who are blaming ghosts for anything and everything unusual that happens.

At the moment there is a meme that blames Koma-san, a character on the show, for any minor problem or inconvenience experienced in life:

The ice cream ran out, but I guess all is forgiven – Koma-san ate it.

Of course, Halloween occurred at the height of the boom. Jabanyan, one of the characters from the anime, has become a popular design for Halloween pumpkins:

Today we made a Jabanyan pumpkin carving. 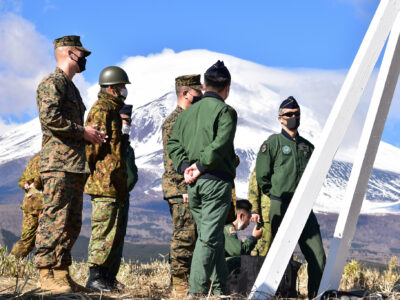