The secret is officially out: CIA's black sites operated in Poland. Earlier this summer, the European Court of Human Rights (ECHR) issued a ruling confirming the existence of such prisons on Polish territory. While international human rights organizations have praised the ruling, some Polish officials and journalists are calling it unfair towards Poland. Others say the formal revelation might be an opportunity for Poland to resolve some of its current governance issues.

The ECHR determined that Poland violated numerous articles of the European Convention on Human Rights, including the prohibition of torture and inhumane treatment of prisoners, the right to liberty and security, and the right to a fair trial. Two men – Abu Zubaydah and Abd al-Rahim al-Nashiri – who where held and tortured in the detention centre in Poland, brought the case to the European Court. In compensation, the court awarded Zubaydah and al-Nashiri €130,000 ($170,700 USD) and €100,000 ($131,200 USD), respectively.

Evidence shows that the secret prisons operated on an old military base in Stare Kiejkuty between 2002 and 2003. Investigative work by the Washington Post and Human Rights Watch exposed the black sites’ existence in 2005, and anonymous American and Polish intelligence officers later leaked even more details to the press. Still, the governments in the US and Poland have continued to deny any CIA torture prisons were based in Poland.

The Helsinki Foundation, a major human-rights NGO in Poland, welcomed the ECHR's ruling, which made headlines in Europe and the United States. Similarly, Amnesty International hailed the verdict as “historic” and “landmark.”

At the same time the ruling received a mixed response amongst Polish official and politicians, whose reactions varied from expressions of shame to denial and anger. Polish President Bronisław Komorowski, for instance, said the ruling is “embarrassing for Poland” and could damage the state's finances and international reputation. Leszek Miller, the current leader of the Democratic Left Alliance (SLD) and a former prime minister, called the decision “unjust and unethical.” The SLD's official Twitter account posted:

@Dariusz_Jonski: We respect the ECHR ruling regarding CIA, we are awaiting the substantiation. Poland should appeal this decision.

Reactions in the Polish news media have also been varied. Tomasz Lis, the editor-in-chief of Newsweek Polska, refused to condemn the existence of CIA black sites on Polish territory, arguing that politicians need their “grey areas.” Journalist Janina Paradowska pointed out that the United States has washed its hands of the torture prisons, and now Poland alone seems to bear responsibility. Newspaper columnist Ewa Siedlecka, on the other hand, blamed Poland's officials for failing to uphold basic human rights.

The court's ruling produced surprisingly few reactions online and faded quickly from newspaper headlines. The comments published online by readers echoed the anger and disbelief at the ruling voiced by many politicians. Many suggested that the alliance between the USA and Poland is a one-sided arrangement, where the US reaps all the benefits. A user Paweł Karpiński pointed out that the relationship between countries should rather be described in terms of feudal system of a lord and his vassal.

There were also several voices suggesting that the president at the time, Aleksander Kwaśniewski, and Leszek Miller personally should have been put on trial, since the black sites’ operation took place with their knowledge and approval. This view is perhaps symptomatic of the divorced relationship between Polish civil society and government observed by Józef Pinior, one of the leaders of the Solidarity movement in the 1980s. In his reflection on the verdict he pointed out that that illegal CIA prisons failed to raise a public outcry strong enough to pressure the government to respond seriously. In his words the ECHR's verdict remains “a challenge for politicians, commentators and human rights activists in Poland”. 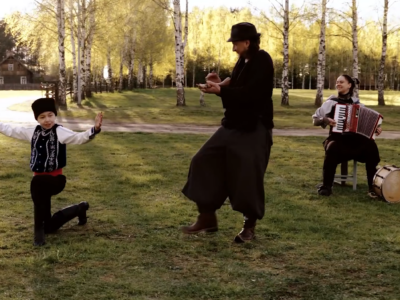