Under the new regulation, Thai media and netizens could face punishment if they reported on this photo. Reading George Orwell's 1984 is considered to be a form of protest by the Junta. Photo from Facebook page of Prachatai, used with permission.

The Thai Junta has issued a new order banning media from reporting news that is critical of the government. Issued on July 18 by the National Council For Peace and Order, the order applies to all types of media including electronic and social media.

According to unofficial translation published on Asian Correspondent, the order bans:

- News that are detrimental to the national security or libelous against other individuals.

- Criticism of operations of the National Council for Peace and Order, its officials, or any related individual.

- News or information that causes confusion, incites disputes, or leads to disunity in the Kingdom.

- Threats to harm individuals that may panic or frighten the public.

Media groups immediately raised concern about the broad and vague provisions of the order. They also highlighted the severe punishment – legal prosecution, censorship, and shutdown – for violating any part of the order.

After meeting with four major media groups — Thai Journalist Association, the Thai Broadcast Journalist Association, the National Council of Press in Thailand, and the News Broadcasting Council of Thailand –- the NCPO issued a new order that slightly amended the original. The ban will now only apply to “criticism of the NCPO’s operations that have the dishonest intention to damage the credibility of the NCPO with false information.” And instead of being prosecuted in the courts, violators will face an internal “ethics inquiry” by their respective press associations.

The government also clarified that the original order intended only to ask for cooperation in information dissemination to the public and that it is not a new regulation since it merely combines previous policies of the Junta government, which is just months old.

Human rights groups continue to argue that the new orders constitute a threat to free expression since violations of the regulation are to be determined solely by the Council. Given the broad categories included in the order, many fear that the policy will force Thai media groups to practice self-censorship in an effort to avoid punishment. Further, the Council has not rescinded a previous order prohibiting media groups from interviewing academics and former civil servants who could “give opinions in a manner that can inflict or worsen the conflict, distort information, create confusion in the society or lead to the use of violence.”

Phansasiri Kularb, a journalism lecturer at Chulalongkorn University in Bangkok, reminded the Junta leader, General Prayuth, of his earlier commitment to allow citizens to air their dissent against authorities:

Gen. Prayuth said on his televised program, repeatedly since the coup, to urge those who disagreed with his views to open up their mind and talk, but this announcement says the opposite. The order is very broad and … every comment is subject exclusively to the NCPO's interpretation whether they violate the order or not.

Sarinee Achavanuntakul of the Thai Netizen Network described the new ruling as a gag order against all Thai netizens:

This is basically a gag order, and it's not just a gag order to the press, but it's extending to anyone in Thailand, especially now that a lot of Thai people use social media to express opinions. I think it is very dangerous and, to me, it signals that the coup makers may not have a clear idea of who the enemies are.

On July 26, the Council invoked the new order to reprimand the Manager Weekly in connection to its 251st issue (July 26-Aug 1, 2014) which allegedly “spread distrust and fear among the public.”

The Royal Thai Army launched a coup on May 22, detained hundreds of politicians, suspended the Constitution, and controlled the newsrooms of mainstream media outlets throughout the country. It outlawed the public gathering of five or more people and the holding of protest actions. And it approved an interim constitution just last week. It appears the Junta is doing all it can to stifle media freedom in the face of deep political strife and uncertainty — just when the need for strong, independent reporting and critique is greatest. 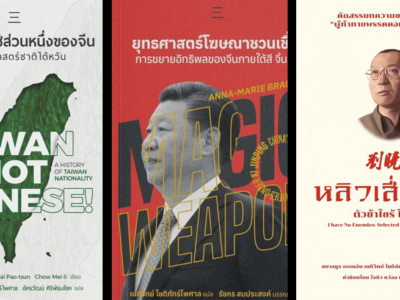 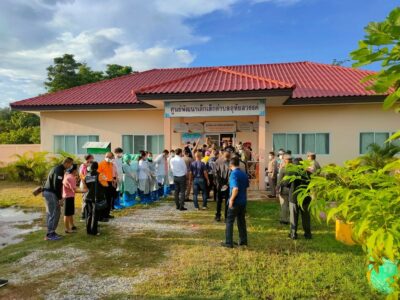