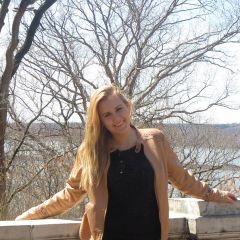 Since 17-year old Kazakh volleyball player Sabina Altynbekova opened a Twitter account on July 22, partly to counter a number of fake and fan accounts using her name, she has amassed over 23,000 followers. She has been proposed to, turned into an anime character and subjected to mainstream media headlines such as Kazakh Teen Volleyball Player is Turned On by Her Own Teammates Because She Is So Attractive Nobody Watches the Sport Anymore and Legs, Volleyball, Babe – Sabina Altynbekova Spikes Media Interest.

Apparently against her own wishes, the tall and strikingly attractive No.20 for Kazakhstan's under-19 national team has become a goddess-meme on the South East Asian Internet. All of this after a few performances for her country at a youth volleyball tournament in Taipei, Taiwan last week.

One might argue that the objectification — often distasteful — of Altynbekova, who still attends school, benefits neither her progress as a sportswoman nor women's volleyball at large, since the social media-fuelled noise has been more about her limbs than her skills. But if nothing else, it has put Kazakhstan back on the map after post-Borat rebranding efforts failed to change perceptions of the country.

Altynbekova began to gather a global fanbase from July 16 when Kazakhstan played China in their first game of the Tapei tournament. On July 19, Chinese media interviewed her and ran a brief report emphasizing the length of her legs. By July 22, Vietnamese blogger Hoai Giang Truong was writing on his bubblews blog:

Sabina was really causing the fans to “bureaucratic tempting” because their lovely looks. After the image of the young girl shared on a popular website, Sabina suddenly become the focus of public attention on the Asia network. Along admire the beauty of the beautiful girl country Kazakhstan.

In other words, Sabina had gone viral.

Anime tributes to Sabina were everywhere and one Twitter user even compared Sabina to Bayonetta, the heroine of Japanese anime film Bloody Fate:

“I want to concentrate on playing volleyball” Altynbekova has had minimal preparation for such attention. Her parents — both former sportspeople — live in the provincial city of Aktobe in western Kazakhstan, and are concerned about their daughter's sudden celebrity. Sabina’s trainer has not encouraged the mass-admiration of the young girl either, maintaining that such popularity can distract Sabina from training and unfocus the team. For her part, Altynbekova, a practicing Muslim, has been using her newfound fame to talk about the difficulties Muslim sportspeople face fasting during Ramadan and promote the #prayforpalestine hashtag. But she also noted:

How realistic that aspiration is will depend on how quickly the #lovesabinaaltynbekova phenomenon dies down between now and the Olympics in Brazil in two years time. Deviant Art user Erkaz drew this anime tribute to Sabina, while noting that the hype around the 17-year-old had become “too much”.

“All the girls from Kazakhstan’s volleyball team are real patriots, since we vindicate the honor of Kazakhstan at international tournaments. It is very good that more people get to know about Kazakhstan,” Altynbekova told local media outlet Vesti.kz on July 26.

Indeed, it is not just volleyball and anime fans from Asia that are talking about Altynbekova. Recently 9GAG web portal published a set of pictures of the sportswoman. After the post was published, Internet users, mostly from Western countries started to talk Kazakhstan. Along with run-of-the-mill mysogeny, racism, and the idiotic trolling associated with file-sharing platforms, comments under the post showed that ignorance of the Central Asian state is still rife:

Kazakhstan? I thought that was the name of a high school…

Kazakhstan is the greatest country in the world!

To which he received the following replies:

Said the guy who looks like a young Borat.

I bet that volleyball chick Sabina Altynbekova came from the country Kagakstahan, because that's what I feel when looking at her. — Handoko Tjung (@handokotjung) July 23, 2014

Responding to an Altynbekova tweet in Russian,one of her followers said:

There were still some net positives for brand-sensitive Kazakhstan, however. As comments under the 9gag post prove, many people had previously thought of oil-rich Kazakhstan as a war-torn country and were corrected in their assumptions:

Hmm… Kazakhstan maybe is not so bad after all, I thought it was more like messed up countries like Iran and Irak.

That comment earned an excited response from a Kazakh commenter almost immediately:

Google the capital city of Kazakhstan: Astana. Definitely not messed up!

Just as the 9GAG discussion represented the worst of the Internet, Sabina had plenty of genuine fans and well-wishers as she took university entrance exams and prepared to celebrate the day of Eid, marking the end of Ramadan. Those close to her will hope she is allowed to lead a normal life at some point in the near future.