This Project Is Helping France Unlearn Its Stereotypes About Romania 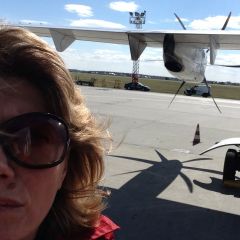 Banner of the Newsroum website. Used with their permission

Most links lead to French-language pages.

Misinformation abounds in France when it comes to Romania, and the Newsroum project, an online initiative that sought to present different perspectives on Romania than have been shown in France's mainstream media, wanted to do something about it.

Newsroum, a project driven by CELSA (a French journalism school at La Sorbonne in Paris), sought to help French people know Romania better. For 11 days until May 30, 22 journalism students researched the country in order to understand the nation better against the backdrop of the European elections.

The project presented four main themes that contained multimedia content and long-form articles: everyday lives of Romanian citizens, the country's economy, the land and its borders, and Romanian cultural treasures and ideas. The 22 students were all based in the capital Bucarest and traveled Romania from east to west for their research. Here are highlights of their findings. Children in the village of Craica. Used with permission

When it comes to their views on life in this region, the Roma community is divided. In Craica, some of them would not leave their camps for anything in the world because it is the symbol of their freedom. In the social housing of Horea, some families have a different take and their main goal is to save enough money to go to France.

Other students wanted to understand the role of the all mighty and ever-present Romanian Orthodox Church. Clémence Leleu reported: The Salvation of the Nation Cathedral. Photo by Clémence Leleu.

The church here has a say on the issue of education. In 2006, it was able to remove the theory of evolution from biology textbooks. Its sphere of influence extends to politics as well.

Other students researched corruption within Romania's media and other issues that Romania's civil society combats on a daily basis. For instance, Carole Blanchard reported on the village of Pungesti's fight against a fracking project in their region:

The environmental consequences of hydraulic fracturing are a major concern for residents. They worry about this method, which consists of injecting high pressure water and chemicals for releasing shale gas.

I was born here and I will die here. I just want to keep the water clean and the land unsoiled for my children. “We do not want fracking!” Photo by Carole Blanchard

To give additional exposure to this project, the students appeared on a few radio broadcasts like RFI Romania and organised some cultural events in France about the Timisoara theater scene or the art design factory in Cluj.

*An earlier version of this post misspelled Tiraspol and said that it was located in Romania. It is, in fact, located in neighboring Transnistria. Thanks to Tiberius Alexander for spotting the error.