The Global Voices community congratulates two treasured members of our community who are among the winners of the 2014 Knight News Challenge. The results of the competition were announced today at the MIT-Knight Civic Media Conference in Cambridge, Massachusetts. This year, the Miami-based Knight Foundation awarded a total of US$3,466,000 to projects responding to the question: “How can we strengthen the Internet for free expression and innovation?”

Global Voices’ co-founder, Rebecca MacKinnon, received $300,000 to develop Ranking Digital Rights along with colleagues at the New America Foundation. The grant will enable Rebecca and her team to rate Internet companies on how well they protect the privacy of their users, and publish a global ranking to help encourage companies to improve their practices.

“People are using social media platforms, telecommunications services, smartphones from these companies,” Rebecca said. “What are their policies and practices?” Rebecca added that Ranking Digital Rights was inspired by a conversation that took place at the 2012 Global Voices Summit in Nairobi, Kenya. “I was brainstorming with a bunch of people about how we hold companies accountable, and [Egyptian community member] Mohamed ElGohary said, “I'd like to see a list.” And other people continued to tell me the same thing.” Jillian C. York's Knight News Challenge-winning project will collect data about censorship on online platforms such as Facebook and Twitter.

The project from the other Global Voices laureate, Jillian C. York, also takes on private companies, though from a different angle.

Jillian, who joined Global Voices in 2007 and serves on the board as volunteers’ representative, was awarded $250,000 for OnlineCensorship.org, a platform she'll develop with colleagues at the Electronic Frontier Foundation, where she's Director for International Freedom of Expression. Currently in alpha, the platform will collect data about incidents of censorship on online platforms such as Facebook and Twitter, with the aim of helping society better understand and manage censorship and free expression issues.

“Many of us have experienced the phenomenon of social media companies taking down our content or deactivating accounts,” Jillian said. “It's really a global phenomenon. I hope the Global Voices community will contribute to the data, which will enable us to show companies and the world the real impact of private organisations on regulating online speech.” 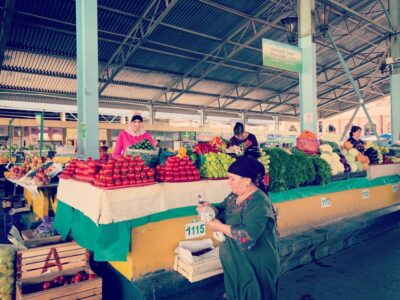