A court in Iran’s Kerman province handed down the jailed Narenji technology bloggers an ambiguous sentence of one to 11 years in jail on Thursday. Arrested in a round up last December, the bloggers had written and edited for Narenji, a technology blog that featured news and product reviews.

After spending six months in jail, the bloggers were tried and issued what appears to be a “badavi” verdict, where those prosecuted can appeal the decision in 20 days. It is unknown what each sentence is for each blogger, or if those who were previously released will also serve jail time.*

This and other recent arrests of bloggers and netizens have undercut the message of a more open society and Internet that dominated western media coverage of current President Hassan Rouhani’s campaign for the office. Many Iranian voters were seduced by Hassan Rouhani’s campaign narrative. His victory kindled hope in the hearts of many young Iranians for a brighter future and easier access to the Internet — an important factor in a nation with one of the highest Internet penetration rates in the region.

Unfortunately, these hopes are beginning to wane. Almost a year into Rouhani’s presidency, technical censorship persists as usual and online writers and activists continue to face persecution and jail. Internet policy presents a challenge for the office of the president, as with any reform in the Islamic Republic of Iran, where institutions outside of the control of the elected government often wield the most power and influence on policies.

A tightening of Internet controls

Rouhani criticized the state of Iran’s Internet throughout his campaign, noting in June of 2013: “We are living in a world in which limiting information is impossible. Youth are faced with bombardment of information and we must prepare to handle it.”

The institutions responsible for monitoring Iran’s Internet operate outside the jurisdiction of the Rouhani government, accountable to the separate authorities of the judiciary and sometimes the Supreme Leader. Rouhani’s supporters argue that the judiciary acts independently from Iran’s government. Unfortunately, former President Mahmoud Ahmadinejad used the same argument when he was asked about jailed political prisoners.

Contrary to Ahmadinejad however, Rouhani has been involved in battles over filtered websites. This was best illustrated when Rouhani had to veto the decision to block WhatsApp by the Committee Charged with Determining Offensive Content (CCDOC), under the control of the Supreme Council of Cyberspace (SCC) and influence from the independent judiciary, both institutions accountable only to the Supreme Leader.

While the situation has not come to a decisive conclusion, WhatsApp has yet to be filtered inside Iran. However, the blocked status of both WhatsApp and the popular photo sharing application Instagram are currently under review by both the CCDOC and the judiciary.

But those following Internet policy news have increasingly lost hope that positive change is in the future. Nima Akbarpour, a BBC Persian tech journalist, recently tweeted, “there is so much baseless filtering in Iran that increases day by day, that it has become a chore to report the [Internet censorship] news.” News of Iranians unable to access Google Sites and Wikipedia Farsi pages, as well as restrictions on using Instagram in Iran, have signalled a tightening of Internet controls within the country (although, as of this past week what seem to be glitches in the filtering system have given the appearance of freedom with accidental openings in Google Play and Twitter).

What explains the recent moves to tighten controls within Iran’s cyberspace alongside Rouhani’s liberal Internet ethos? Cyberspace has always posed one of the hardest challenges to the control of the Islamic Republic over its population. And today it arguably has become the biggest area of struggle between Rouhani and the powerful institutions that hold stake in the situation and are outside the Rouhani administration’s control.

While the Internet under Rouhani has not broken free, we can observe three trends in Iran’s virtual world.

Most of the 2013 presidential candidates used social media tools that are blocked by the Iranian government to publicize their campaigns — an activity that was pre-dated by the Supreme Leader, who has been on Twitter since 2009. Rouhani and several of his ministers, particularly Foreign Minister Mohammad Javad Zarif, are mastering the art of communicating through social media. Zarif has become a de facto Facebook “rock star”, with even his most quotidian of posts garnering thousands of likes and comments. The Rouhani Twitter account has become a platform for the administration’s policies, if not subtle disagreements with decisions taken within institutions outside the presidency's control.

Use of the Internet by the Iranian government is welcomed by many as a bridge between Iranian authorities and citizens. However, international social media websites remain yet another tool that Iranians can access only through circumvention tools, despite the fact that these tools too are illegal in Iran.

A war of words

Rouhani has continually expressed concern about the state of Iran's Internet and has criticized filtering on several occasions. But his strong words on the country’s Internet conditions are often followed by conservative counter pressures that come in the form of remarks by the conservative press or decisions made in government bodies outside of Rouhani’s control.

This war of words is seen by some as a real conflict between different factions within the regime — a clash between pragmatists and conservatives, or the moderates against the hardliners.

Last month, following the arrest of the six young stars of a viral YouTube video featuring Pharrell Williams’ song “Happy”, the official Rouhani account tweeted a quote from his 2013 election campaign: “#Happiness is our people's right. We shouldn't be too hard on behaviors caused by joy.”

The director of the video, Sassan Soleimani, was associated with Rouhani’s 2013 presidential campaign and is speculated to have chosen his purple campaign colors. Many consider this a smoke-in-mirrors approach, designed to convince the Iranian people that the Rouhani administration is trying to implement change. Rouhani is the good cop pushing back against the bad cop hardliners. But both sides are very much products of the system of the Islamic Republic.

In this scenario, Rouhani can often be seen as the valiant defender of Internet freedom against the old clerical ranks. But is this really true? Take the CCDOC, the body that recently clashed with Rouhani. They are the centralized censorship body affiliated with the Ministry of Justice that determines which websites are filtered. Six out of the 13 members of the committee are appointed by Rouhani’s office, including representatives of the Ministry of ICT, Culture and Islamic Guidance, Justice, Science, and Education. Is the Rouhani government ineffectual against Iran’s hardline elements, or just powerless within the odds of six against 13?

The administration’s Ministry of Information and Communications Technology has also announced a partnership between the Iranian government and academic institutions in order to “loosen” Internet censorship through intelligent filtering of “depraved and immoral sites”. But the actual process for this remains ambiguous. There has been no indication of what qualifies as immoral content subject to the smart filtering. The previous administration discussed the possibility of “intelligent” filtering as a means to unfilter websites such as Facebook, while placing blocks on select content, but this topic has not been broached by the new administration.

If you are using the Internet in Iran to exercise your right to free expression or access to information, the probability that you go jail today is no different than it was before the Rouhani administration. Stories of the increasing number of popular websites and applications entering the ranks of blocked content — and entering into popular discourse as dangerous tools against national security — have increased.

The unfortunate realities of the continuous arrests and detentions of netizens has also heightened. Following the arrest of the 16 cyber activists and tech journalists of Narenji in December, eight individuals were arrested in May and sentenced to a combined 128 years in prison for comments and views they posted on Facebook that were deemed insulting the Islamic Republic and the Supreme Leader on Facebook.

The past few weeks have seen the struggle for Internet freedom in Iran play out in a number of different ways, both signaling either an inability, or ineffectiveness in the Rouhani administration’s ability to effect change. For now it seems netizens are vacillating between holding out hope for change under Rouhani and disillusionment with the seemingly unchanged status quo.

*The actual ruling does not identify those arrested as members of Narenji, but it can be assumed that those sentenced are among the Narenji bloggers, as well as the other cyber activists taken in a wave of arrests this past December. 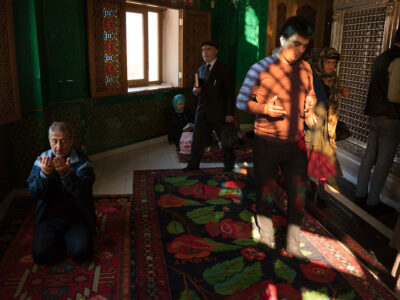 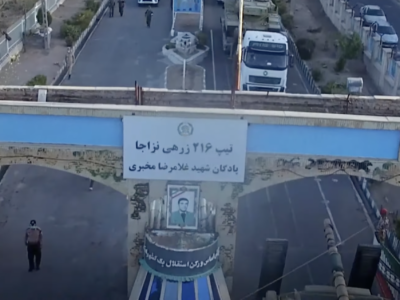 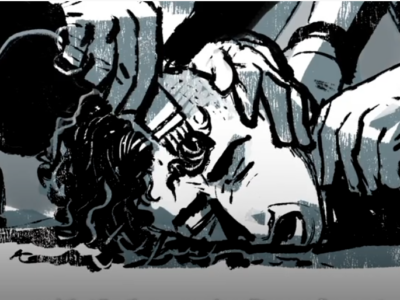