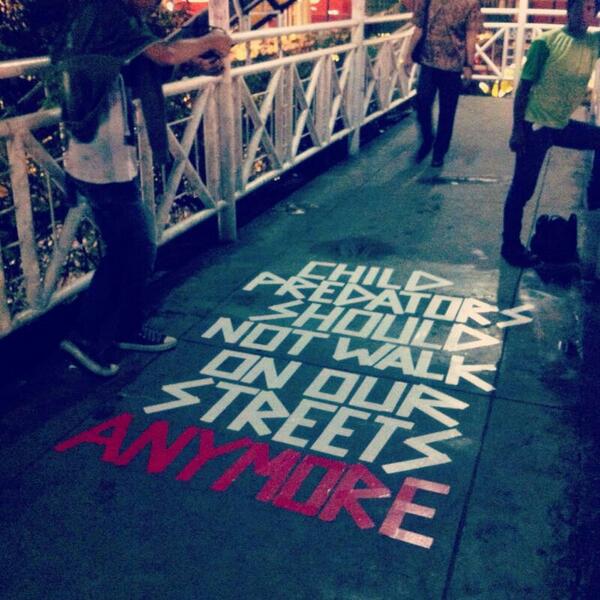 News about a rape case in a kindergarten school last February has shocked many Indonesian parents. But not long after the case was revealed, Jakarta International School (JIS) found itself in hot water again following the news of a suicide of one James Vahey, a former JIS teacher and a wanted pedophile by the FBI and Interpol.

According to the FBI file, Vahey has raped at least 90 teenage boys throughout his teaching career.

Reacting to the surge in child molestation cases, the Indonesian Police Chief stated [id] that pedophiles should receive harsher penalties or even capital punishment.

Citing data gathered by Interpol and the FBI, the Indonesian Police said [id] that Indonesia is experiencing an alarming number of molestation against minors. The number has allegedly surpassed that of Thailand and is one of the highest in the Southeast Asian region.

Thailand&Cambodia uphold a law with life/capital punishment to pedophiles. They saw how weak the same law in Indonesia, and here they went.

@pasukanjarik (Jarik Army), a group of concerned parents, made an online petition on Change.org, calling the government to revise the law on child molestation and hand out harsher punishment to child sex offenders. In Javanese culture, Jarik is a Batik cloth used by parents to carry their newborns and toddlers. 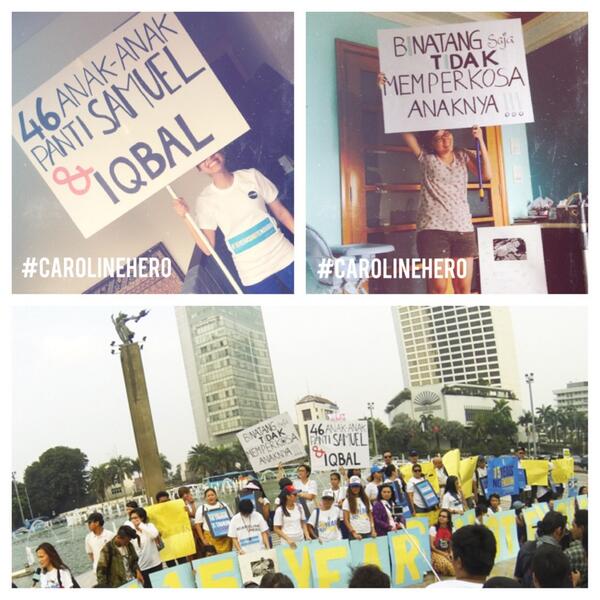 Through the Twitter hashtag #hukumanpedofil (punishment for pedophiles), users discussed about the right punishment for sex predators:

In the US, the law is applied to the number of victims, if 100 children became preys, then the maximum punishment will be 15 years x 100, equals to 1500 years of prison.

Stencil artists at @komunalstensil appealed to both the government and the public:

Their poster says: Sex Abuse Emergency! Ask the state if we should start arming our kids.

Blogger Swastika Nohara concluded in her blog how communication is an important part of parenting:

In the end, communication between children and parents becomes crucial. Getting used to have a laid back conversation with our kids on any topic, things that seem to be ordinary for us, might be very important to our kids.

*Featured image is from @NanAndriana.