Pity for the Poor, or When Do We Get to Hear the Good News? Communications experts at Danish NGOs are coming to value images like the one above, but those engaged in raising funds often seem stuck in narrative of distress and disaster. Image by Adam Cohn (CC BY-NC-ND 2.0)

You've seen them before: a child in rags with an empty stare and flies in his eyes; a mother helplessly embracing an emaciated child. It may hurt to watch these images, and they might inspire us to do something, but images like this show only one side of the story.

Communicators must always select an angle, of course, and I acknowledge that sad images are part of the reality. But what about the other part, the part that shows resources, potential, development? In Latin America, for instance, there are more women than men enrolled at universities. In Africa, infant mortality is decreasing. Since 1990, 2.1 billion people have gotten access to water, and between 1999 and 2011 the number of girls attending school in Afghanistan increased from 15,000 to 2.2 million (Source: UN).

These are solid numbers that tell pretty amazing stories—but do they receive as much attention as the ones that paint pictures of distress and disaster? I am not saying that our work is done and that we have reached the coveted goal of a more equal and just world. But my impression is that truly constructive stories are rarely told, and positive images seldom shown.

Denmark: Big Results, Little Knowledge
Every year, DR, Denmark's national broadcaster, and a dozen Danish NGOs host a nationwide fundraising event. The tagline of the show this year was “When mom is missing”, focusing on orphans, and the press photos [da] depict either the show's hosts, happy children, or serious-looking children with watery eyes. Since 2007, the Danes have invested more than 500 million DKK (90,5 million USD) on development projects in Africa. That is a lot, and it makes a difference. But what about the images we reproduce each year of developing countries: are we not promoting an unequal image of a merciful North and a distressed, helpless South?

Denmark has a long tradition of solidarity work, bilateral and multilateral aid offered by recognized experts and organizations that navigate the complex field of development. So it bothers me to see such a simplistic image projected by a nationwide fundraising event: someone is in need -> let’s help -> we helped -> let's feel good. I appreciate that the event is doing a great job raising funds—but the underlying narrative undermines the purpose. And the unfortunate truth is that this type of narrative is quite widespread throughout the world.

A recent report produced for DANIDA [Denmark's international development agency] shows that 65% of Danes support the giving of development aid. At the same time, 64% believe that the number of people living in poverty in the world remains the same as twenty years ago, and that only 3 out of 10 children in the world go to school. Actually, 9 out of 10 children are in school; and over the last twenty years the number people living in poverty in the world has decreased to 700 million. In short, there's been massive progress on many fronts, but apparently the Danes haven't heard the news.

Good News on the Rise
In 2010 an initiative was launched with the main goal of communicating positive results from developing countries, creating awareness among the Danes and providing a counterweight to the numerous disaster stories in the news. It's called World's Best News, and uses the United Nations’ Millennium Development Goals as a point of departure. The project was initiated by DANIDA and the UN, with the collaboration of 90 Danish NGOs and 90 companies. A quite unique coalition, with the not-so-traditional goal of spreading good news.

Full disclosure: I work for World's Best News and my view of the initiative is therefore biased, but I do have an observation to share: something is happening in the NGO environment. More and more NGOs are contacting World's Best News for advice on how to frame their communications and campaigns in more constructive ways. And World's Best News is not the only player in the field.

In 2012, news editor Ulrik Haagerup released a book called “Constructive News: A Confrontation with the Negative Worldview of the Press”. An obvious provocation for the media. Haagerup points to the power of the press and encourages journalists to wield that power with greater care, and to practice critical journalism constructively.

A year earlier, in 2011, a former executive producer and reporter, Cathrine Gyldensted, published her master's thesis from the University of Pennsylvania online. Her study shows that both consuming and producing classical news reporting have a substantial negative emotional impact on both journalist and their readers, and that positive reporting could form the basis of a huge potential shift in news media.

Another important finding was that too much negativity creates apathy. In order to elicit a response and reaction from our readers, Gyldensted concluded, we need to show a way out, a possible solution—a spark of hope. Not meaning we should jump to the extreme of creating only positive news—that, too, would be untrustworthy—but news that is nuanced, balanced and constructive.

This leads me back to the NGO world. The communications departments of Danish NGOs are demonstrating more and more interest in constructive communication, but fundraisers, generally speaking, not so much. A fundraiser friend of mine told me what the numbers tell her: they raise more money on ads showing children in rags than on ads where the subjects are better dressed. If we are to believe the findings of Gyldensted, however, too many rags will end up creating apathy, and apathy is unlikely to generate donations in the long run. Hope, on the other hand, motivates people.

I believe that it is only a matter of time before readers and donors come to value constructive narratives as much as the communicators. It's a chain reaction—someone has to be in front to set the wheels in motion. 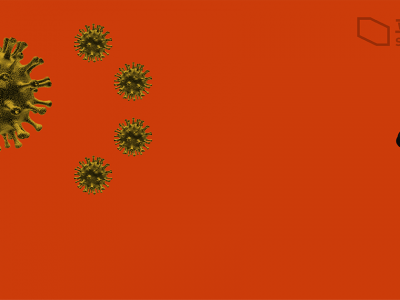 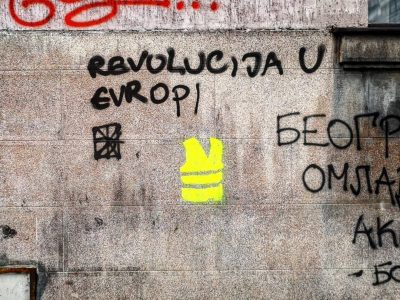