Pain undoubtedly overwhelms literature. Gabriel García Márquez, affectionately known as Gabo, was a precursor to “magic realism” and although some of his works were about love, his furies and other fantastic stories about his native village, Aracataca, gained followers in places as remote as China and Iran. The reaction to Gabo's death was so strong that even papers like The New York Times dedicated a good part of the space on their website to him. Image taken from nytimes.com

His death shocked Americans that have closely follows his work. His reach was so powerful that the acclaimed Oprah Winfrey included “Love in the Time of Cholera” in her selective book club and labeled it “one of the greatest love stories I have ever read.”

On the afternoon of April 17, once his death became public, the White House issued a statement on Twitter using hashtag #GraciasGabo (#ThankYouGabo):

As seen in most tweets, people dedicated themselves to quoting celebrated phrases from his works:

“A person doesn’t die when he should but when he can.”-Gabriel García Márquez #RIP

#GabrielGarciaMarquez passes, age 87. Possibly the greatest writer of our time, perhaps among the greatest ever. http://t.co/ezeenCxrqk

RIP Gabriel Garcia Marquez, a monument in literature, thank you dear man for enlightening my life with your writing.

Others, like journalist Ioan Grillo, offered interesting information on the relationship that Gabo had with the United States as a result of his ideological inclinations:

The United States denied Gabriel Garcia Marquez a visa for 30 years for having been “communist”. Bill Clinton (a fan) finally let him in.

Other Twitter users confirmed the friction between Gabo and American diplomacy: 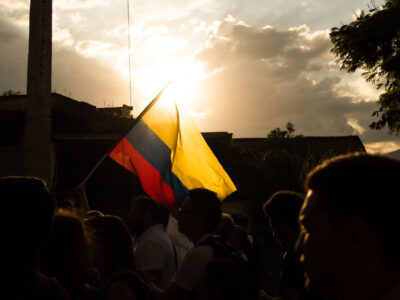