On March 24, 2014, the fifteenth anniversary of the beginning of the 1999 NATO bombings of Yugoslavia, NATO spokesperson and former BBC correspondent Oana Lungescu retweeted (reposted) a tweet by Kosovo Minister of European Integration Vlora Citaku.

The tweet in itself was controversial because it contained a meme with the altered, but still widely recognizable Nike logo, bastardized versions of the Nike brand, Nike Air, and trademarked Nike slogan “Just do it”. Minister Citaku's original tweet included the meme, which is what a few Twitter users, both of Serbian and other nationalities, took issue with:

15 years ago NATO intervened to stop genocide in Kosovo! Will never forget! pic.twitter.com/V6euDfgBoi

However, what opened a flood of angry and disappointed comments from Twitter users from around the world, including many Serbs, was Ms. Lungescu's reposting of the original tweet on the official NATO Twitter account for press relations. The NATO spokesperson's retweet of this image, much more than Minister Lungescu's comment that accompanied it, was met with outrage and deemed inappropriate and “a dumb move” by many.

Minister Citaku was also criticized by some Twitter users but defended her stance on the matter by tweeting several comments related to the 1999 NATO bombings, including this tweet to a Serbian critic:

@JelenaLilic2 bombing helped Serbia liberate from Milosevic! Self victimization not helpful! Reflect on the past!

@Solisio we never denied Serbian victims! But we should not lose the track of history.We all know how/when/why it started and why NATO acted

This did not soothe critics after Minister Citaku's tweet went viral on several social networks through NATO representative Oana Lungescu's promotion of her tweet on official NATO communication channels. While many supported Minister Citaku's stance and tweet, others still found some of it inappropriate.

The majority of critics on Twitter responded to Ms. Lungescu's retweet, not Minister Citaku's original tweet. Andrej Fajgelj, a civil servant and member of Treća Srbija (Third Serbia) political party, was among those who directed their response to the @NATOPress Twitter account that Ms. Lungescu runs:

@NATOpress Your idea of a tombstone for our children you have killed? I hope we'll know to respect them better @vloracitaku

Lily Lynch, a US journalist who lived in Serbia for several years, also responded, taking issue with the image included in the tweet:

@NATOpress @vloracitaku NATO, this is some bad PR. And I'm American. Using the Nike sweatshop logo to rally support for a bombing?

In one of several long discussions on Twitter about this matter, an NGO program director and board member of the Liberal Democratic Party of Serbia Darko Runić also drew attention to what most have called inappropriate use of a well known brand by a government official and a NATO representative:

@Petrit @NATOpress @vloracitaku no need to educate me on jazz, my point is the deeply inappropriate (ab)use of Nike logo by a govt official

After users mentioned this matter to Nike on Twitter, the sportswear company replied from its official @NikeSupport account and made this statement:

… Thank you for contacting us and raising your concern. This is not an official Nike ad nor was Nike involved in the creation or posting of this image. We take misuse of our Brand and slogan seriously.

Nato spokesperson Ms. Lungescu stood by her retweet and made a statement later in the day to defend her action:

NATO's spokesperson, however, maintains that it was appropriate for her to retweet the image on the same day. Late on Monday, Lungescu defended the gesture by saying that the retweet “in no way had the goal of disrespecting the victims of the 1999 conflict.”

Instead, said she, it was “a retweet of a tweet thanking NATO for saving civilians from ethnic cleansing in Kosovo. NATO reacted quickly to protect people in Kosovo in 1999 and our peace mission KFOR continues to provide a safe environment for all people in Kosovo based on UN Security Council Resolution 1244.” 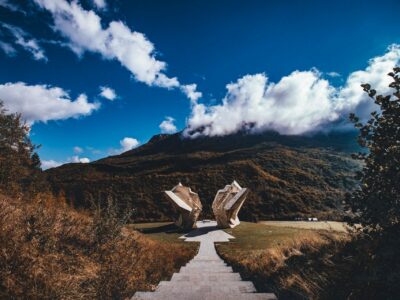 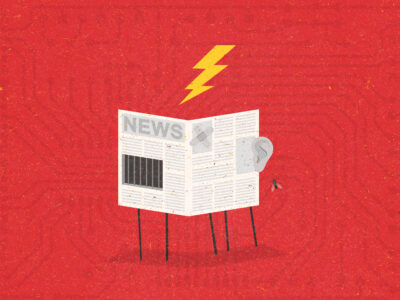