So ends an era for Russian news portal Lenta.ru. Image mixed by author.

Galina Timchenko, long-time chief editor of Russia’s most popular news website, Lenta.ru, lost her job today. Following government censors’ second official warning [1] to Lenta.ru in less than twelve months (a legal pretext for revoking the outlet’s media license), owner Alexander Mamut suddenly fired Timchenko, replacing her with Alexey Goreslavsky, who in the past has managed several pro-Kremlin media projects. The staff at Lenta.ru responded with a public letter [2] of protest, published on the site’s splash page, which another news website, Slon.ru, claims [3] is a letter of mass resignations. Individually, several of Lenta.ru’s most celebrated journalists, including Ilya Azar (still reporting from Crimea), have indicated on Twitter and Facebook that they refuse to work under Goreslavsky [4].

Lenta.ru’s troubles today began with news that Roscomnadzor (Russia’s communications regulatory agency) issued the site an official warning over a hyperlink that appeared in an article published on March 10, 2014. The offending link was inserted into an interview [5] by Azar with Andrei Tarasenko, head of the Kiev chapter of the Ukrainian-nationalist paramilitary group Pravyi Sektor—an organization the Russian government frequently blames [6] for unrest in Ukraine.

Though Azar’s interview was with a high-ranking Pravyi Sektor figure, Roscomnadzor objected only to a hyperlink in the text that redirected readers to a separate interview with Yarosh, published on a Ukrainian website in the summer of 2008. Lenta.ru quickly removed the hyperlink, leaving Azar’s interview online and accessible to the public. Still chief editor, Galina Timchenko wrote on Facebook [8] this morning, “the whole problem was just in the hyperlink,” suggesting to readers that the day’s drama at Lenta.ru had ended.

Three hours later, Timchenko posted [9] to Facebook again, announcing the end of her tenure at Lenta.ru, offering thanks for “interesting times.”

Looking back, Timchenko’s fall and the collapse of public trust in Lenta.ru that her dismissal has precipitated are not so surprising. In May 2012, Timchenko spoke openly about resigning [10] from Lenta.ru, saying she planned to leave in a couple of years, agreeing with characterizations that compared her to Boris Yeltsin shortly before he handed over power to Vladimir Putin. (“I’m tired, I’m leaving.”) Two years ago, Timchenko said that Russia’s 2011-2012 “Winter of Discontent” mass protests had no special impact on Lenta.ru, contrasting the site with TV Rain, a television station that transformed itself into a mouthpiece for the new street opposition. 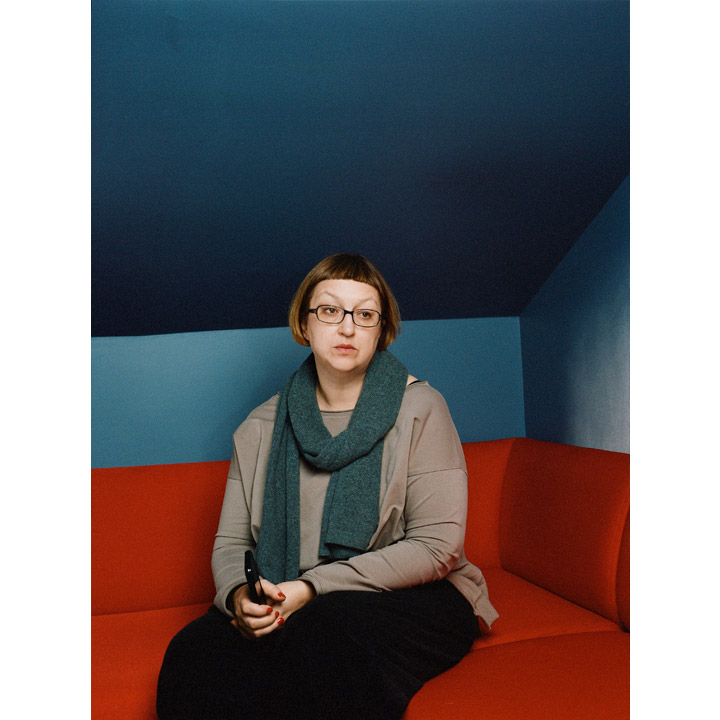 In an interview [12] earlier this year, Timchenko compared herself not to Yeltsin but Vsevolod Rudnev, commander of the doomed Russian cruiser Varyag [13], which Rudnev scuttled rather than let it fall into Japanese hands in 1904. Roughly two years have passed since she signaled her plans to leave Lenta.ru, but Timchenko’s departure today is anything but voluntary [14].

Her replacement, Alexey Goreslavsky, has managed two notoriously pro-Kremlin media projects: Vzgliad.ru, an openly pro-government news website, and Agency One, a public relations firm. Criticizing Goreslavsky’s appointment today, blogger Alexey Navalny called Vzgliad.ru a “complete failure [15],” despite its “inconceivable” (i.e., remarkably large) budget. Agency One, meanwhile, is responsible for a series of racist viral videos meant to help Sergei Sobyanin’s recent Moscow mayoral campaign. Last December, in his capacity as representative for Lenta.ru’s parent company, Goreslavsky was one of the only Russian media figures who was even remotely receptive [16] to signing a controversial government memorandum on digital anti-piracy measures.

Lenta.ru’s independence survived multiple corporate shakeups, until early 2013, when owner Vladimir Potanin (apparently under Kremlin pressure to facilitate greater consolidation of Russia’s media outlets) agreed to merge operations with fellow tycoon Alexander Mamut. The merger [17] might have spared Lenta.ru big changes, were it not for the loss of Rafael Akopov, who left [18] Potanin’s company just months before the deal. According to TV Rain [19], Akopov was instrumental over the years in protecting Lenta.ru’s autonomy. With him out of the picture, in Russia’s jingoist climate today, it became far easier for owners and state authorities to meddle in the politics of the country’s most popular news portal. When Lenta.ru hyperlinked to comments by a Ukrainian nationalist—an extremist and an enemy of the state, says Moscow—it offered an ideal excuse to purge the website’s leadership.

Meet the result: Alexey Goreslavsky and the decimation of Lenta.ru’s reputation.