Online Mapping of Spreading Unrest After Killing of Protesters in Ukraine

On January 22, 2014, during a fourth consecutive day of violent clashes between Euromaidan protesters in Kyiv and police, two protesters were reported dead with the death toll rising to at least five in the past several days. After this news, mass anti-government protests erupted in several regions of Ukraine and began to spread quickly through the country.

Peaceful protests that began on November 21, 2013, as a mass outcry against the decision of the Ukrainian government to cease talks about a historically significant agreement with the EU, have been dubbed by many international mainstream outlets as “pro-EU” or even “anti-Russian” while the participants of Euromaidan protests have been struggling for weeks now to explain to the world that their reasons for taking to the streets run far deeper than that. A recent study by two independent scholars calls this one of the “four biggest misconceptions about Euromaidan”.

Peaceful rallies have lasted for two months when the violent clashes with police broke out on the 19th of January, following the adoption of the set of repressive laws by the Parliament of Ukraine. Duirng the protests, Internet users have set up social media pages, blogs and news aggregation to gather and confirm information about what is happening on the ground during the many rallies organized throughout the country every day. Teams of translators have also banded together to bring up-to-date daily news about the protests, directly from the protesters to a wider international audience on Facebook and other networks. Global Voices covered the importance of the Internet and the Euromaidan movement's use of it in an earlier post in December 2013:

Facebook and Twitter soon became the key platforms for coordinating protest activities and sharing information. The now official EuroMaidan Facebook page [uk] set a new record in Ukraine [uk], having accumulated 76,000 likes in just the first eight days of its existence. The page is used to inform protesters about urgent news and issues, discuss plans of future actions, warn against using violence, share advice on how to deal with police forces, and much more. It has currently reached over 141,000 likes and over 167,700 interactions. An English-language page Euromaidan has also been set up, along with regional pages like Euromaidan Lviv [uk].

Once the protests have spread through the country, the list of demands that included resignation of the national government and the President, in some regions has been expaned to include calls for banning the ruling Party of Regions and the Communist party, which has been supportive of President Yanukovych. The process has begun in Western Ukraine, where the protesters took over regional state administration buildings, in some cases forcing local governor to resign [uk] and announcing the creation of an alternative government.

As of January 26, 2014, the new governments have already been set up in Lviv, Ternopil and Volyn regions. In Rivne, the city policemen have resigned en masse [uk] thus refusing to take action against the protesters. From the Western regions the unrest quickly spread to Central and Southern Ukraine.

With many conflicting reports coming from the regions, a Kyiv-based journalist Sergii Gorbachov has begun creating maps that show the latest developments and publishing them on his Facebook page. He bases his conclusions on media reports as well as comments and updates from other social media users.

The maps demonstrate that in just four days, the protests have spread from five to twenty three regions [ru, uk, en], which undermines a popular misconception about the existence of “very strong” regional divide in Ukraine. A map of political situation in Ukraine's regions as of 3:50 pm, January 26, 2013. Created by Sergii Gorbachov

As of January 26, the maps also reflect in which regions local authorities have recognized alternative governments created by the protesters.

This post was updated on January 27, 2014 at 1530 GMT to include more links and information about online mapping and usage of Internet tools during Euromaidan protests. 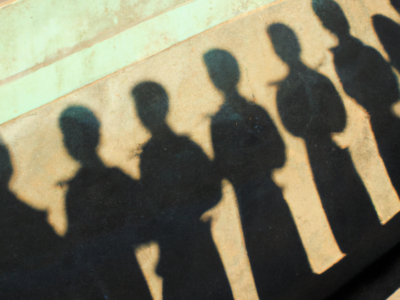