I would probably never have known it was Social Media Week last September had Rayna, a fellow Global Voices colleague, not come to London for it. It seems to be such a big international event that anyone who works for Global Voices must have known about it. But I did not: I am a social media deserter.

First, I left Twitter. After an intense period of over-use during the Brazilian national elections in 2010, I was knackered. Was it what they call information overload? Besides being physically tired, realising I could not be on the top of everything made me feel powerless as well. I was addicted the energy and buzz of social media, but I could no longer keep going. By the beginning of 2011, I had left completely.

After experiencing proper withdrawal symptoms that caused me to stare repeatedly at the login page, I started to feel better. Suddenly I had more time and energy to do things I used to enjoy, like reading books, and things that I wished I had time for, like learning to meditate.

Leaving Facebook was a more considered decision. After Twitter, it had become the sole black hole sucking up my time. As I was about to start a very intensive course in Psychosynthesis coupled with a new university degree, my free time had became too costly, my attention too precious. I knew Facebook had the ability to distract me and take my focus away from my inner self, so I set my departure date for before 2012, and said goodbye to the few friends who still saw my updates in their increasingly busy timelines. I quietly deactivated my account, aware that I tend to addiction and that it was this, not the tools, that were the root cause of my problem.

I have missed seeing photos of friends’ new babies and kittens, party invitations, interesting events, and daily updates about people I care for. I have not missed the game invitations, memes, or being bombarded with advertisements. Also on the plus side, I have become more selective about the information I consume, the raw material of my thoughts. I feel sad that only a few friends drop me notes or send me photos elsewhere, and I admit I haven't been that good at keeping in touch either.

I miss feeling connected, but truth be told, when I meet people and have one of those “Didn't-you-see-it-on-Facebook?” moments where I'm surprised with old news everyone has already seen on their timelines, they usually say, “Oh, I hadn't noticed you left”. Is this being connected to people in a meaningful way?

I don't miss Twitter or Facebook, but I confess I created a “fake” account to promote a cause last year, ended up using it to follow my friend's pregnancy, and then got in touch with our common circle of 10 close friends. I am, however, just a silent member of their audience, not willing to be publicly intimate on my own timeline. I have been forced into Google Plus because many of my colleagues have begun to use Hangouts instead of Skype. And I once opened a Twitter account for a service I was offering, but found it unbearable. It felt like I was shouting in the middle of a street packed with screaming people. Deafening—and boring. I quickly went back to my own inner hashtag, #occupymyself. Will I ever return to social media? I don't know. I miss my old friends. I miss meeting new like-minded people, like @giantpandinha, one of my best “real life” friends whom I would never have met if it wasn't for Twitter. I miss having a laugh sometimes at some random silly post. There's still a little voice inside me tell me I'm missing out. Sometimes I consider going back, but maybe I'll wait till I finish university and have more time. By then, I hope there will be social media tools facilitating more consciously minded connections.

But by then, when I do have more time, perhaps I will prefer to do yoga, garden, explore nature, or do the many other things on my life to-do list. I enjoy the time offline after spending whole workdays connected. I still spend much more time in front of computers than I wish I did, and have read fewer books than I've hoped to, but it's wonderful to meditate every day and explore my precious inner space, instead of getting distracted by others. Having time for myself has been the biggest change in my life since I became social media-free.

I love the fact that, when I'm out there in the world, I no longer feel the compulsion to check, read, post, report, share, or measure my relevance in “retweets” or ‘likes’. I pay better attention to what people say, and I'm able to focus fully on what I'm experiencing. Free from an overdose of external distraction, I can better connect to myself.

No longer satisfied with being merely social media-free, I have booked myself on a silent Vipassana retreat in the coming weeks, where I shall spend 10 days doing nothing but sitting still and meditating from 4am to 9pm. I dare my social media friends to do that for even 10 minutes! Paula Góes, from Brazil, is a reformed social media addict and the Multilingual Editor of Global Voices. 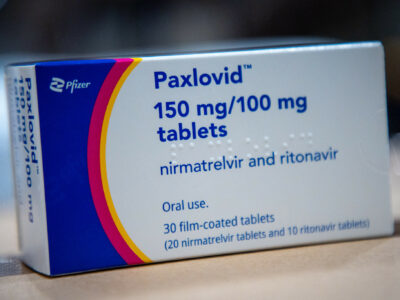